Check Out This Mind-Bending Star Wars Video From Magic Leap 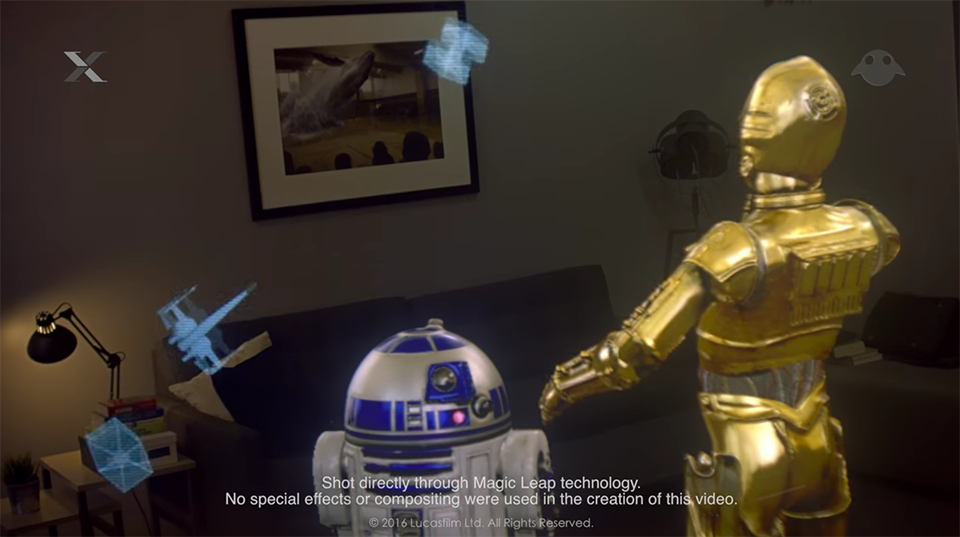 Both Magic Leap and ILM are being frustratingly tight-lipped on what form this will take, but a video from ILM gives us a pretty good idea.

So yeah, that's R2-D2 and C3P0 in someone's living room, just hanging out and engaging with the real world. They're being chased by stormtroopers and now so are you, although it's not clear how scripted these events are. Will we be grabbing a drink soon with Han Solo (RIP buddy) or testing out our Force powers on that ugly lamp we've been meaning to replace? God we hope so.

Magic Leap has been around since 2010, and in that time developed a reputation as being incredibly secretive. The pitch is simple: Project computer graphics seamlessly into the real world. But no one is exactly sure how (or if) it works, aside from the fact that there is some manner of headset you wear. This short video doesn't give much to work off of. In spite of huge sums of money raised from the likes of Google and Qualcomm, the company doesn't have any concrete plans to release a product. But as this video illustrates, Magic Leap sure is good at drumming up the hype. It's perhaps the most intriguing vapour we've ever seen.