Behold, Glorious Saga Action Figures That Will Be Nearly Impossible To Own 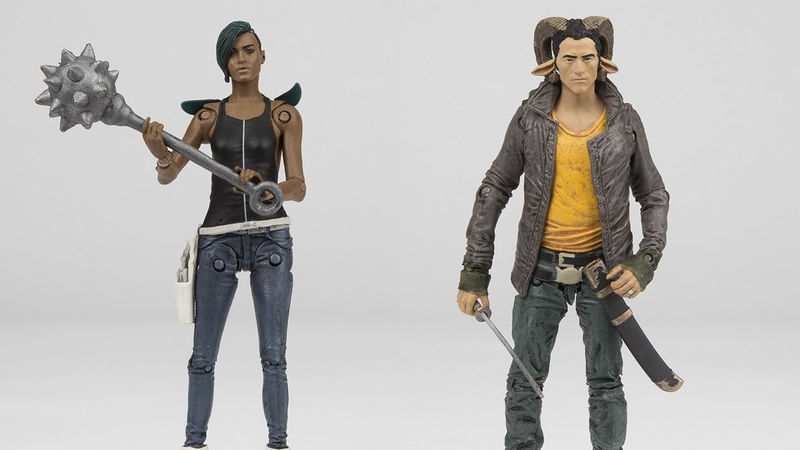 There is not nearly enough merchandise based on Brian K. Vaughan and Fiona Staples' truly incredible scifi comic Saga out there. But, good news: now there is some, and it's amazing. Bad news: it's exclusive to San Diego Comic Con, so it will be goddamn nightmarish to acquire.

Revealed by Comicbook.com as part of the host of exclusives Skybound Entertainment will be bringing to SDCC this year, the amazing two pack, featuring protagonists Alana and Marko in a 13cm scale, includes a handful of accessories, including their trademark weapons. And they come in a box featuring gorgeous Fiona Staples art, good enough to make you almost not want to get them out of their plastic confines to play with them. 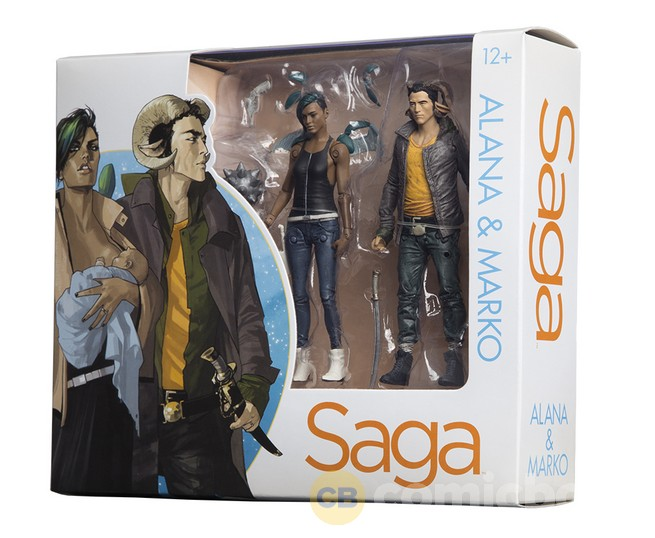 BUT WHY WOULDN'T YOU PLAY WITH THEM AND RE-ENACT YOUR OWN SAGA ADVENTURES. Because look at them. They're so good, and it's a crime these didn't exist sooner.

But, the heartbreak: the Alana and Marko figures will set you back $US50 ($67)... if you buy them from Skybound's booth at San Diego Comic Con this year. There's no word on whether or not their makers, MacFarlane, will release them on a wider scale in the future — they might be truly exclusive to SDCC, instead of a preview for a whole line of Saga toys (oh god, could you imagine!?) Which means if you are at the con, they will be a hassle to pick up before every desperate Saga fan, or villainous scalper, snaps them up. And if you aren't, well... I hope you plan on paying a lot more than $US50 ($67) on the after market for these things. That's just the way the convention exclusive cookie crumbles.