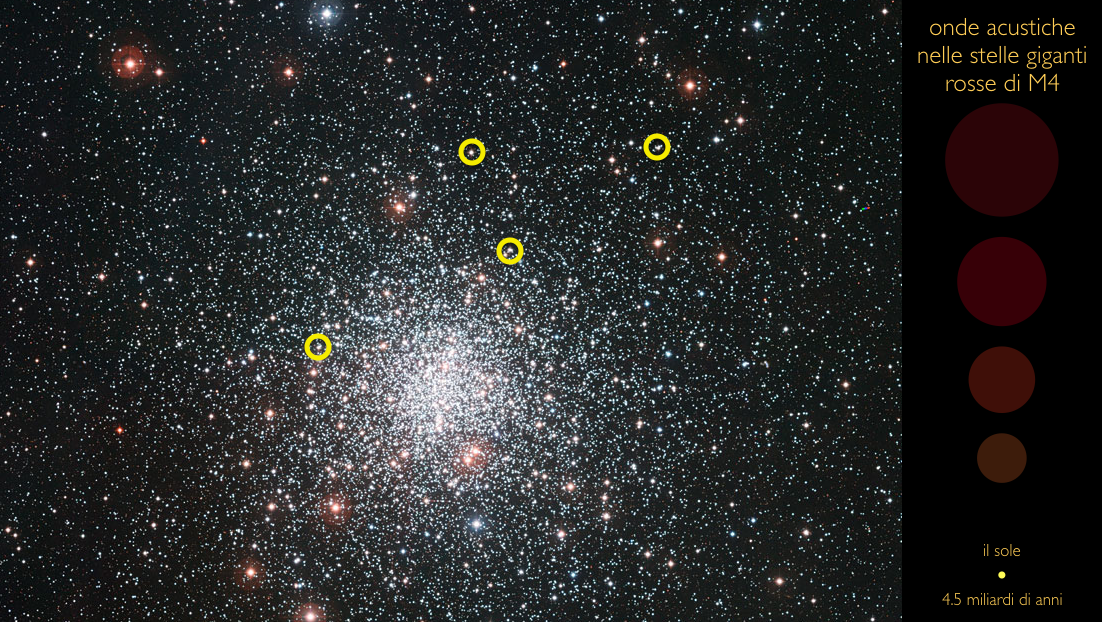 Space is not the soundless vacuum movies would have us believe. In fact, judging by these eerie recordings of the music being thrown off by the oldest stars in the Milky Way, space actually sounds like a bit of a party. M4 Star Cluster, with the musical stars circled (Image: ESO via University of Birmingham)

The recordings were created by a team of scientists led by Andrea Miglio of the University of Birmingham, using data from NASA's Kepler missions. After measuring the acoustic oscillations of some of the furthest known distant stars in the Milky Way's M4 star cluster, the researchers were able to use that data to recreate the sounds and get an idea of just what noises the stars are throwing off. It's a cacophony, for sure — but a surprisingly musical one that could slide pretty seamlessly into an ambient house track of your choice. (Free idea, DJs.)

Besides being excellent listening, the sounds are also scientifically useful. Measuring the tones from each star let the researchers derive a formula, which they have published today in Monthly Notices of the Royal Astronomical Society, to get more precise measurements of star masses and ages. Since the stars are so old, in some cases up to 13 billion years, researchers hope to use the sounds to get even more information about what the universe was like way back then.

"The stars we have studied really are living fossils from the time of the formation of our galaxy," Miglio explained in a statement. "And we now hope be able to unlock the secrets of how spiral galaxies, like our own, formed and evolved."

The researchers have also put together a wonderful visualisation, which lets you play the individual sounds coming from each star. Or you can listen to the four tracks below right here.