You Can Buy This Crazy, Alien-Like 3D Printed Electric Motorcycle 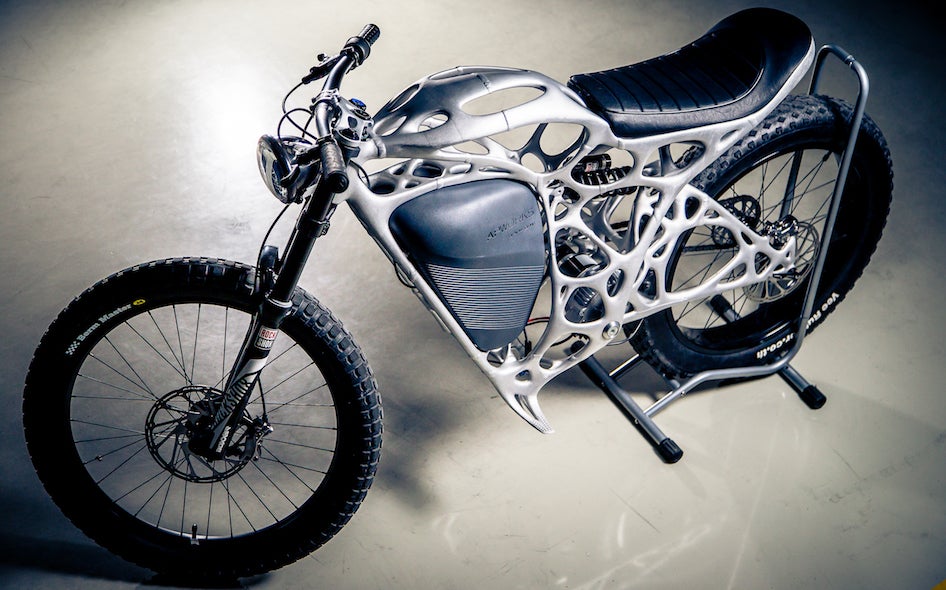 The word Airbus probably brings to mind an image of a hefty aeroplane that flies you around the world. But this time around, Airbus has made a decidedly different kind of vehicle: a 3D printed motorcycle that looks like something straight out of Alien. Image: APWorks

Called Light Rider — man, David Hasselhoff is probably pissed — the vehicle was created by Airbus subsidiary APWorks. It weighs in at just 35kg and is powered by a six kilowatt electric engine that helps it go from zero to 80km/h in a few seconds. 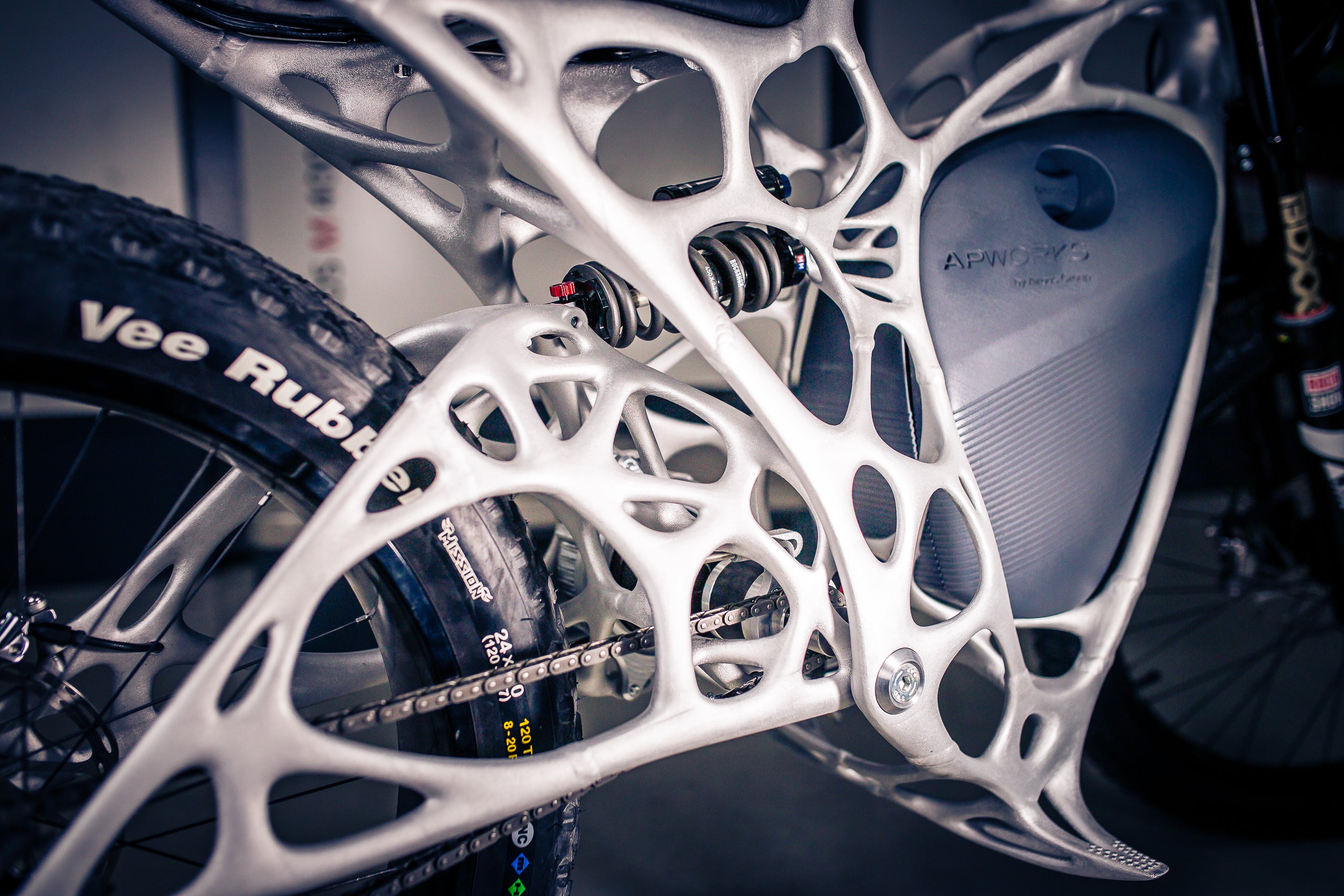 The frame itself was made using a "selective 3D laser printing system" that melted minuscule aluminium alloy particles together. (This sounds a lot like laser sintering, a common method for 3D printing on an industrial scale.) The end product was a series of parts made up of a lot of extremely thin — as in 60 microns thin — layers.

And if it looks a little web-like, that's intentional:

APWorks used an algorithm to develop the Light Rider's optimised structure to keep weight at a minimum while ensuring the motorcycle's frame was strong enough to handle the weight loads and stresses of everyday driving scenarios. The result: a motorcycle that looks more like an organic exoskeleton than a machine. That was a very deliberate design goal for APWorks, which programmed the algorithm to use bionic structures and natural growth processes and patterns as the basis for developing a strong but lightweight structure.

According to the company, Light Rider is the world's very first 3D printed motorcycle, but it appears other models may also exist. (There was also this non-functional one.) 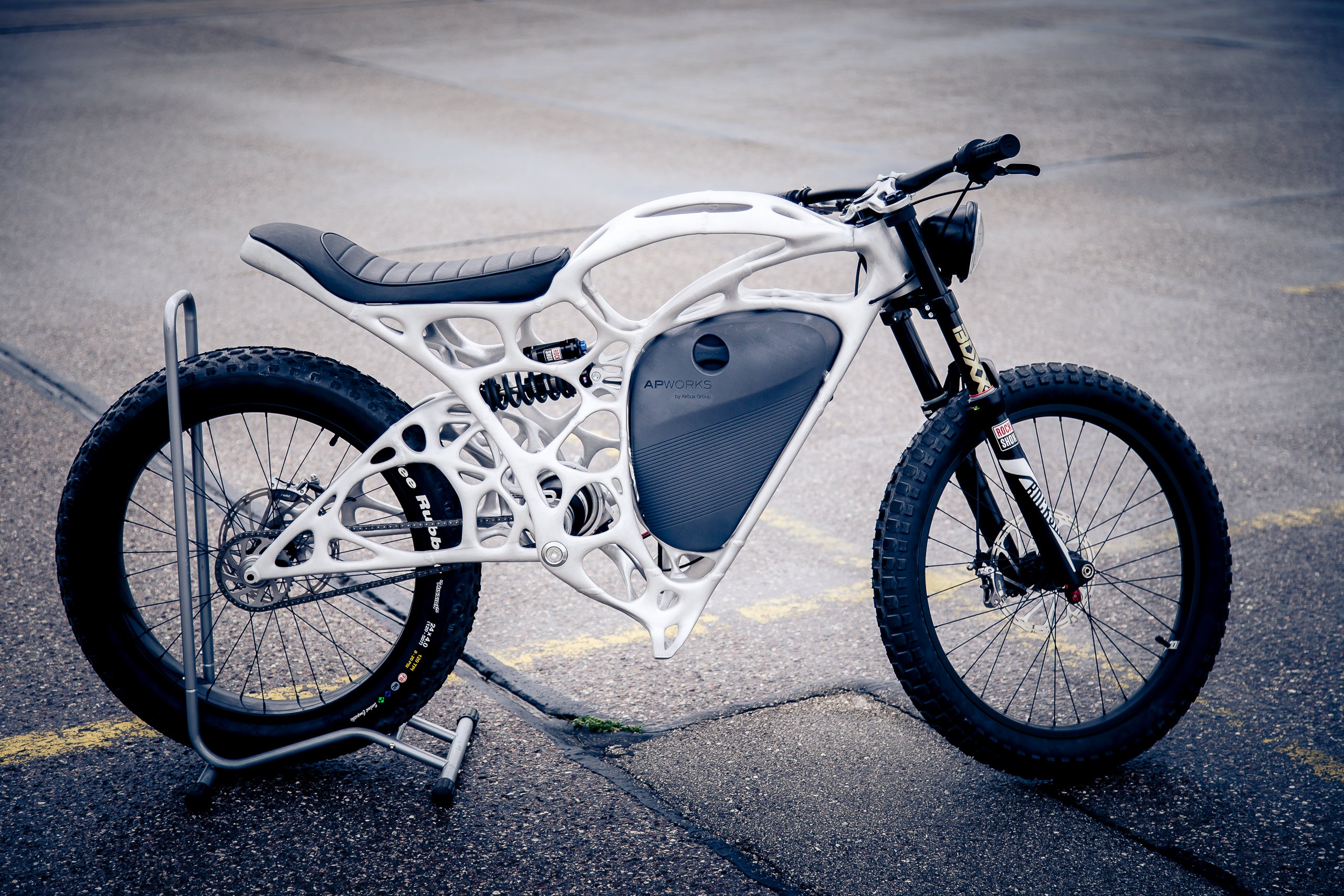 If you want to get your hands on your very own Light Rider, you'd better get in line — there are only 50 planned for production. They come in at the fairly steep price of €50,000 ($77,738) plus tax, but just think how cool you'll look riding down the street on this thing.