Where Did Kissing Come From?

Kissing is so commonplace that most people rarely think to stop and ask where humans picked up the habit in the first place. Where in humanity's evolutionary history did smooshing our faces together come to be regarded as a display of lust, care, friendship, and love?

Photo Credit: Tuncay via flickr | CC BY 2.0 An obvious answer to why we kiss is that it feels good. Densely packed nerve endings make your lips some of the most acutely sensitive regions of your entire body, and few things get them more riled up than a kiss. Stimulation of the lips causes intense signals of temperature and pressure to embark on a short but purposeful journey to the brain. In our more intimate encounters, neurons detonate with excitement, chemicals surge throughout the body, heart rates accelerate and tissues flush as they warm and swell with blood.

The whole experience is a remarkably pleasurable one, facilitating arousal in ways that one could argue are every bit as important as those contributions from our more explicit, coital organs. In a sexual light, kissing's purpose appears to be pretty self-evident, and yet its practice poses a complicated evolutionary and anthropological riddle. Kissing, after all, plays a role in a variety of human behaviours, many of which are decidedly non-sexual in nature. And while it's been estimated that upwards of 90% of the world's population engages in kissing in one form or another, its practice is by no means universal. Charles Darwin's ruminations on this point, which appeared in his 1872 essay, "The Expression of the Emotions in Man and Animals", warrant a lengthy citation:

[Europeans] are so accustomed to kissing as a mark of affection, that it might be thought to be innate in mankind; but this is not the case. Stelle was mistaken when he said "Nature was its author, and it began with the first courtship." Jemmy Button, the Fuegian, told me that this practice was unknown in his land. It is equally unknown with the New Zealanders, Tahitians, Papuans, Australians, Somals of Africa, and the Esquimax. But it is so far innate or natural that it apparently depends on pleasure form close contact with a beloved person; and it is replaced in various parts of the world, by the rubbing of noses, as with the New Zealanders and Laplanders, by the rubbing or patting of the arms, breasts, or stomachs, or by one man striking his own face with the hands or feet of another.

Darwin's examples level a strong argument against the idea that kissing is instinctive, as opposed to learned. That being said, the observation of kissing, and kiss-like behaviour, in other species lends credence to the notion that it is hardwired into our biology. 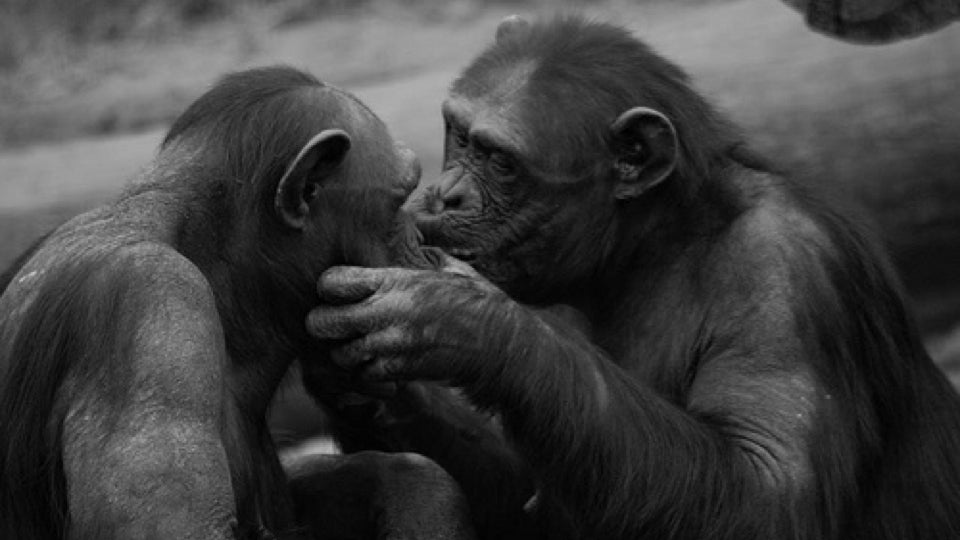 Chimpanzees, who tend to resolve arguments with violence, will often kiss one another after a fight, in a display of reconciliation. They have even been known to dole out kisses in a bid to keep conflict from arising in the first place. Bonobos — who, though closely related to chimps, prefer to settle scores with non-procreative (and sometimes homosexual) sex — have been observed engage in French kissing.

When dealing with examples such as these, it's important to remember that the urge to anthropomorphize animal behaviours is a strong one. Countless other species — from squirrels, to bears, to elephants — engage in what might best be described as kissing, but whether these behaviours arise from the same evolutionary framework as human canoodling can be difficult to nail down.

One of the most compelling hypotheses surrounding the emergence of kissing in humans (and kiss-like behaviour in other species) is tied to the widespread practice of passing pre-chewed or regurgitated food from the mouth of one animal to another. Birds do it. Chimps (and a number of other mammals) do it. Many humans even do it. 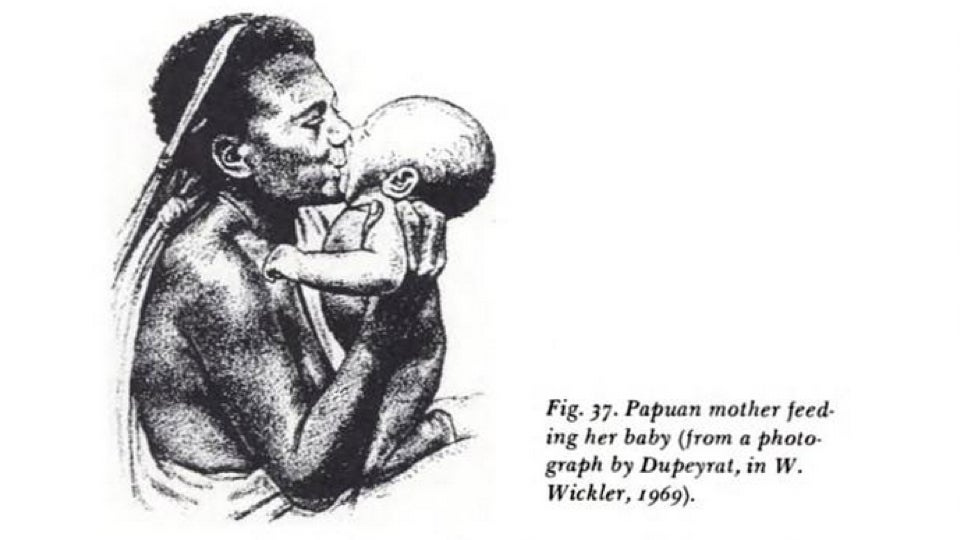 The passage of food from one creature to another (be it between parent and offspring or potential mates) is certainly an intimate form of interaction. Whether this behaviour can be regarded as altruistic is debatable, but the fact that caring for one's young and securing a mate are both crucial to an organism's ability to pass its genes on to subsequent generations supports the argument that this behaviour would be evolutionarily encouraged.

So how did humans make the leap from mouth-to-mouth feeding to full-blown makeout sessions? That's less clear — but scientists are on the case. Philematology (the science and study of kissing) is becoming an increasingly popular area of study, as researchers strive to sort out the mysteries of love and attraction. Sheril Kirshenbaum, science writer and author of The Science of Kissing, describes one of the more popular hypotheses to be floated in recent years:

A kiss puts two people in very close proximity. Our sense of smell allows us to pick up subconscious clues about the other person's DNA or reproductive status. Biologist Claus Wedekind found that women are most attracted to the scent of men who have a very different genetic code for their immune system in a region of DNA known as the major histocompatibility complex. Pairing off with a male who has a different set of genes for immunity can lead to children that will have a higher level of genetic diversity, making them healthier and more likely to survive.

Fun fact: A followup study to Wedekind's found that women who take birth control "undergo a shift in preference toward men who share similar MHC genes."

In brief: the science of kissing is a fascinating thing to think about, but plenty of unanswered questions remain. In the meantime, perhaps it's sufficient to say that kissing remains an excellent and exciting human pasttime; and that, given its numerous health-benefits (orally transmitted diseases notwithstanding), perhaps we should all enjoy it a little more often.