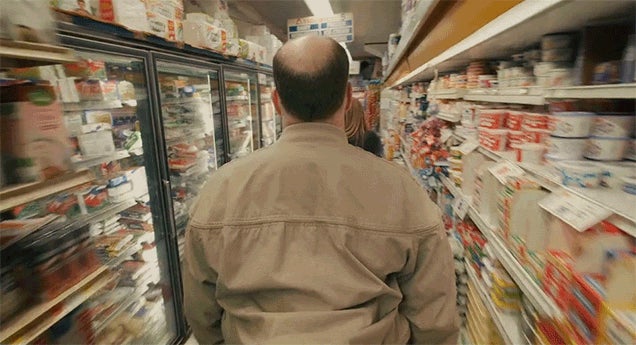 Video: This powerful short film from Paul Trillo puts the camera behind a man named Terry as we follow him through the streets of New York City. We see everything he sees as he's walking but in a unique twist in perspective, we also get to hear everything he's thinking too. And he's losing his mind. Every nervous thought, every anxious feeling, every glimpse of paranoia, every passing idea, we get to hear it all and see how it's breaking him down. Paul Trillo writes:

Following behind the back of a paranoid, neurotic man named Terry as he wanders through the streets of Manhattan. Past memories and his irrational inner thoughts soon plague his every move. By channeling a form of mental time travel, he attempts to overcome these past anxieties.

The Irrational Fear of Nothing from Paul Trillo on Vimeo.