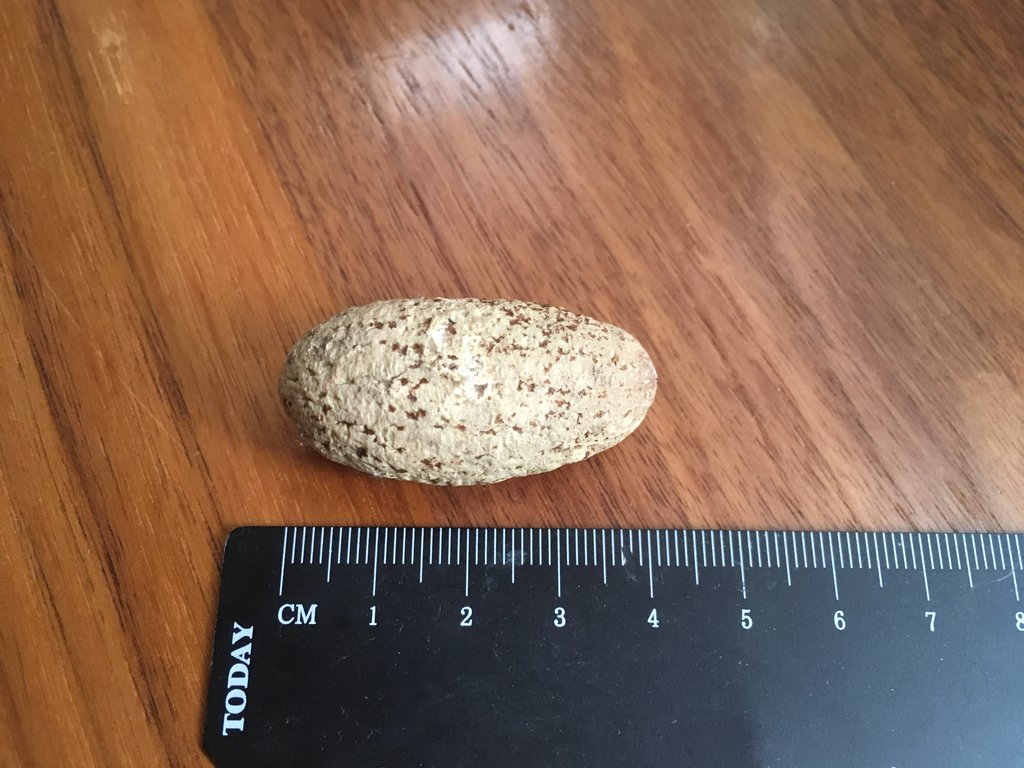 Our homes are our safe places. We don't really expect to find mysterious objects in our homes, but one London woman took to Twitter to figure out what the hell just fell out of her chimney. Images: Melissa Harrison

Yesterday this object fell down my chimney into the bedroom. It’s hard, but not stone. What is it please? pic.twitter.com/TUf9CHsqbc

Melissa Harrison didn't let this mystery stop her in her tracks. She's spent the last couple of hours documenting a number of experiments to determine its origins, which included hitting it with a hammer six times (until it finally shattered) and trying to dissolve it in water.

There are a lot of theories as to where the #chimneyegg came from. A feasible theory suggests that it might be a bezoar stone, which are solid masses from the intestines of animals such as sheep or goats and that were used centuries ago as a poison cure-all. Twitter user lucyinglis stated that they were kept in chimneys for superstitious and pagan purposes, although I wasn't able to confirm this elsewhere.

@M_Z_Harrison No no. They're a protein (I think) based gastric thing. They have huge superstitious powers, hence it being in the chimney.

Another Twitter user hypothesized that it could've been an object eroded on a beach and dropped into the chimney by a bird.

@M_Z_Harrison looks like something from the beach. Bit of foam plastic worn smooth by the sea and hardened? Carried by confused bird?

Other less helpful suggestions have included it being owl poop, reindeer poop, and builder's putty.

Harrison is taking all of this is in stride though.

I love a mystery.

Let's give this woman some peace of mind. Anyone have any other ideas?

Germain Lussier 18 Feb 2020 2:15 PM
The start of a new year always means things slow down at theatres. Holiday hits and awards movies are still playing but once you see those, pickings are very slim. What’s a movie lover to do? Go back, we say. Go back.