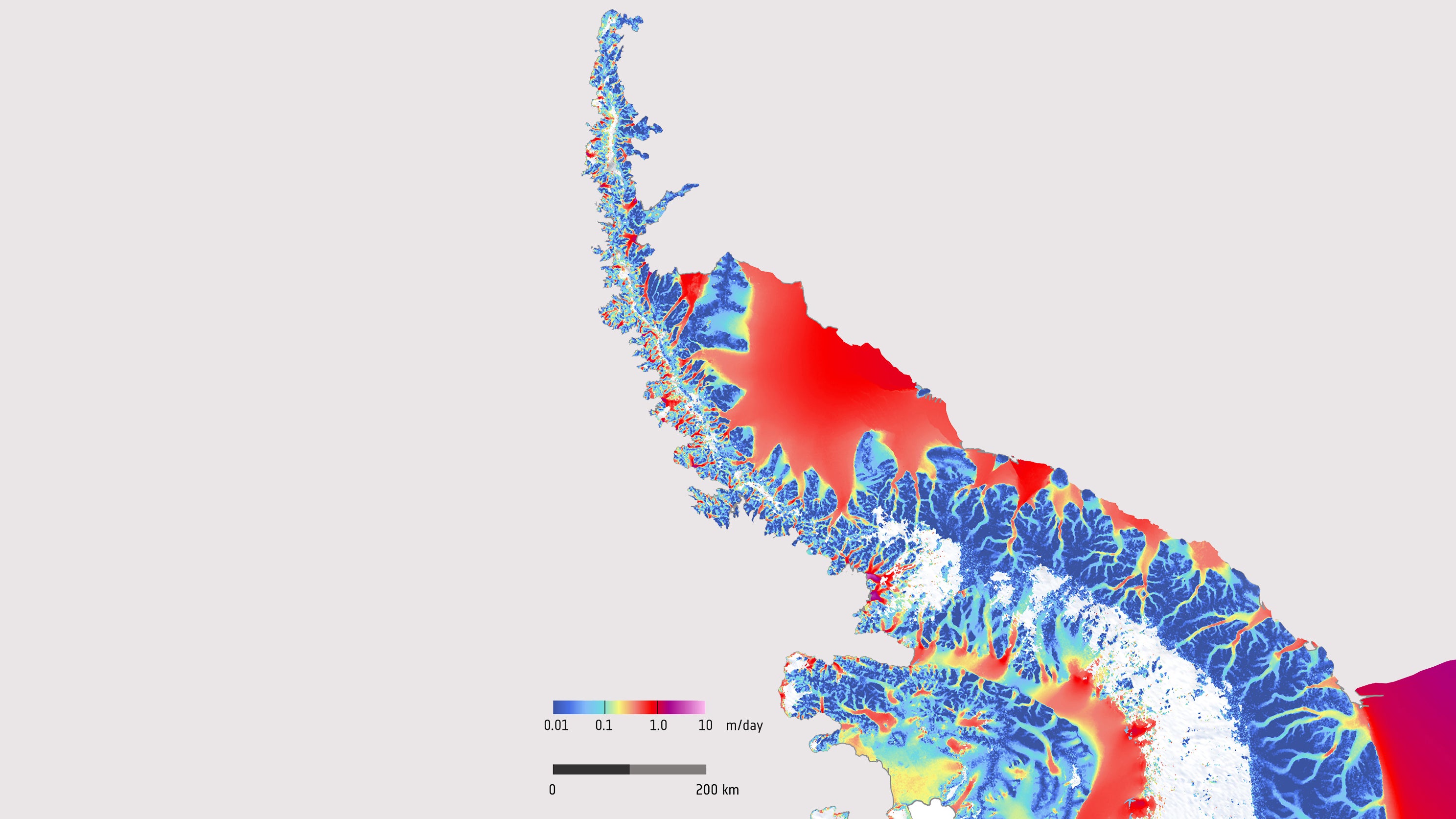 As the world continues to warm up, the ice at our poles melts and moves faster than ever. This satellite image reveals just how quickly ice is moving on the Antarctic Peninsula.

The data is taken from the European Space Agency's Copernicus Sentinel-1A satellite. To measure how fast the ice moves, researchers compare pairs of radar images taken by the satellite, 12 days apart. Tracking features on the surface allows them to measure the speed at which the ice moves.

The colour scale shows the speed of ice movement. Blue is slow, in the region of 2.54cm per day, while red indicates that ice is moving at around 91cm per day. Almost an entire metre, per day.

The ESA explains what you can see in the image:

The vivid colours trace a complex network of channels along which streams of ice flow from the high mountains down towards the coast where the ice flow speeds up and spreads out into floating ice shelves.