It's been eight months since New Horizons made its historic flyby of Pluto, but data keeps on trickling in from the intrepid space probe. Scientists have now produced a new composite map, creating the sharpest and most detailed look at the dwarf planet yet. 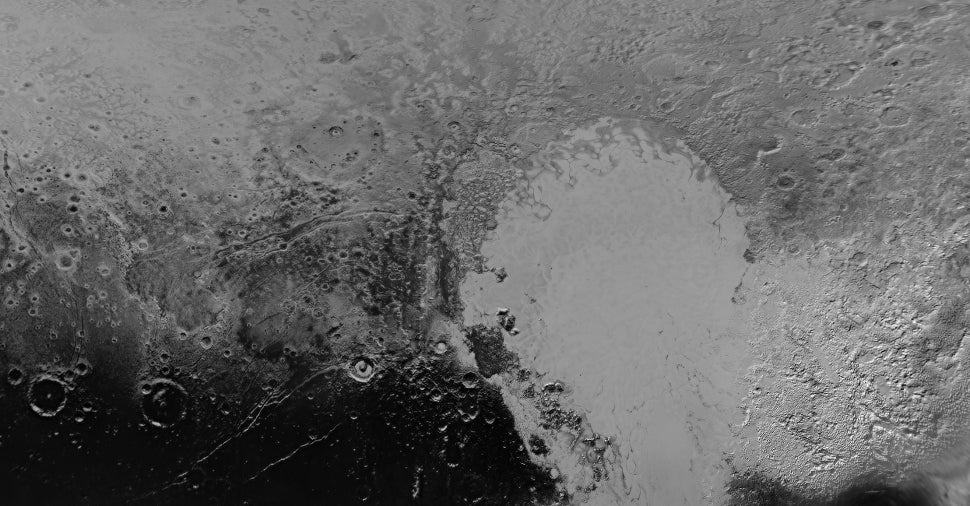 The updated black-and-white global map of Pluto includes all resolved images of the surface acquired by New Horizons between 7 to 14 July 2015. Some of the images spliced into the map were received as recently as April 25 (it will take over a year for New Horizons to transmit all the data it collected during the flyby due to bandwidth limitations). 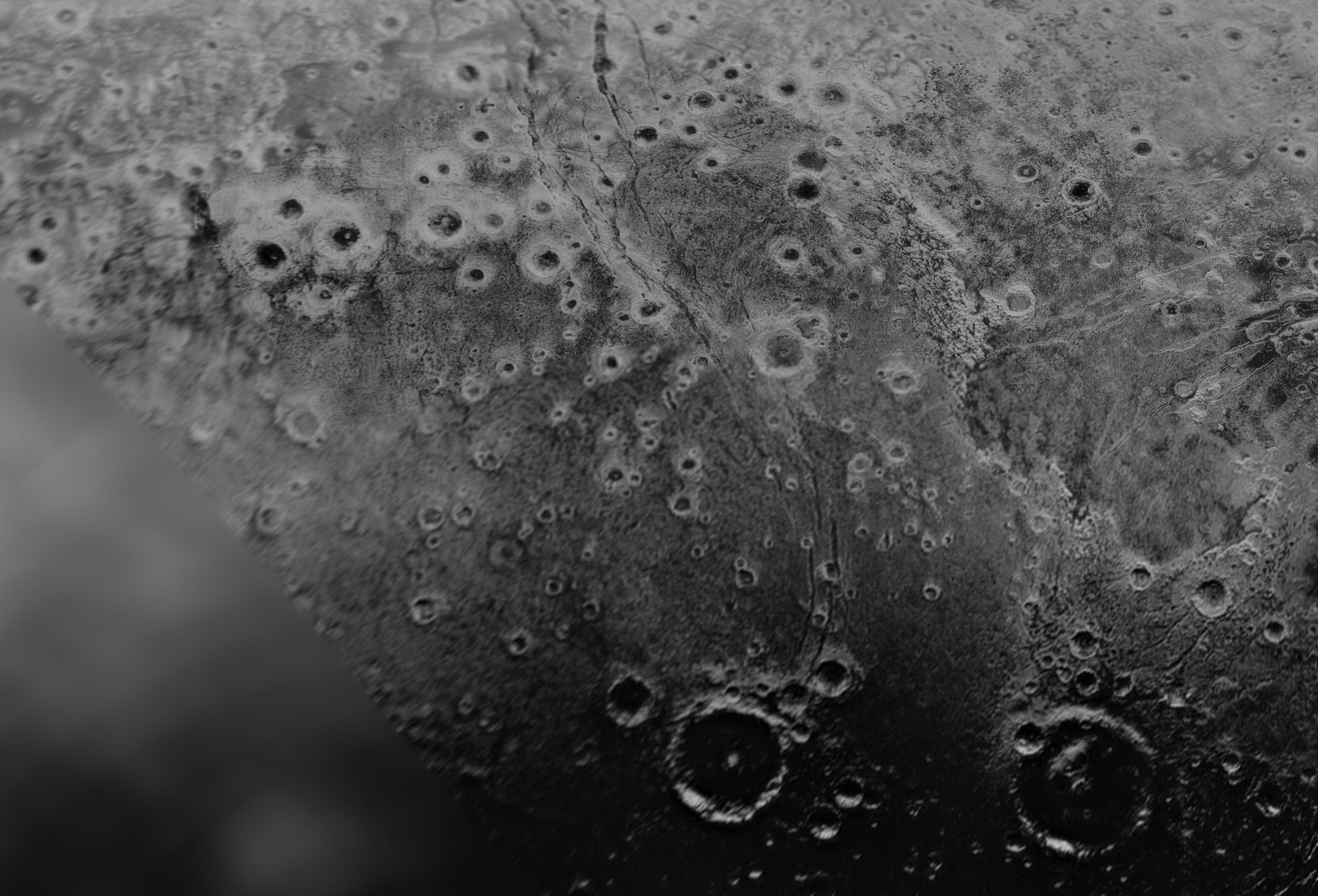 The new map is our sharpest view yet of Pluto, with pixel resolutions ranging from 30km on the Charon-facing side (left and right edges of the map) to 235m on the side facing New Horizons when it made its closest approach on July 14. The blurry non-encounter side is shown in less detail owing to the greater distances at which the images were captured. NASA is continuing to add photos as it receives them, and it's also working on improved colour maps. 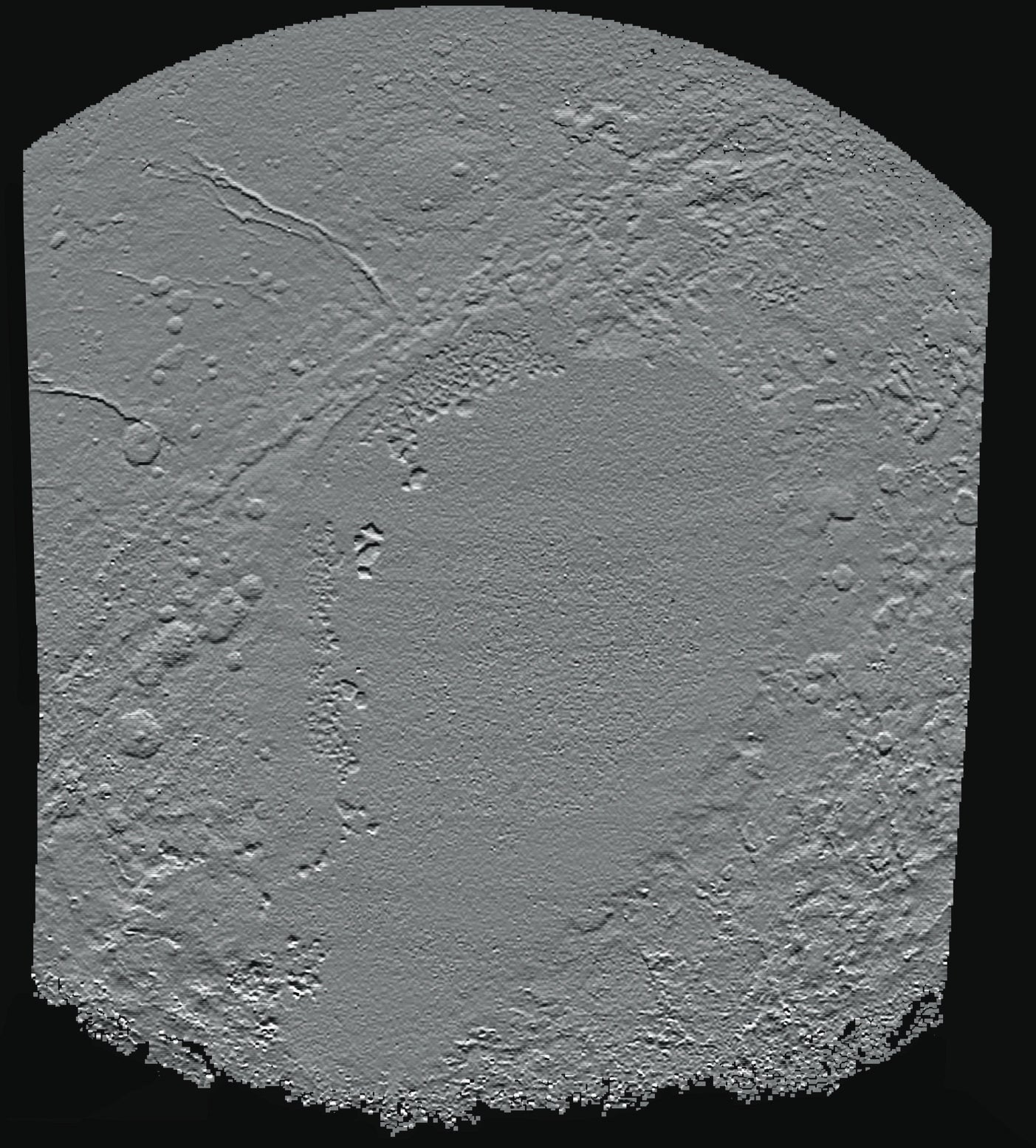 The image shows a vast expanse of Pluto's icy surface, which is on average about 3km lower than the surrounding terrain. Chunks of water ice with angled and sharp corners can be seen "floating" amid the bright deposits of softer, denser solid nitrogen.

Top: NASA's latest map of Pluto was meticulously stitched together from all images received from New Horizons to date (Image NASA/JHUAPL/SwRI).