The World’s Oldest Axe Has Been Found In Australia 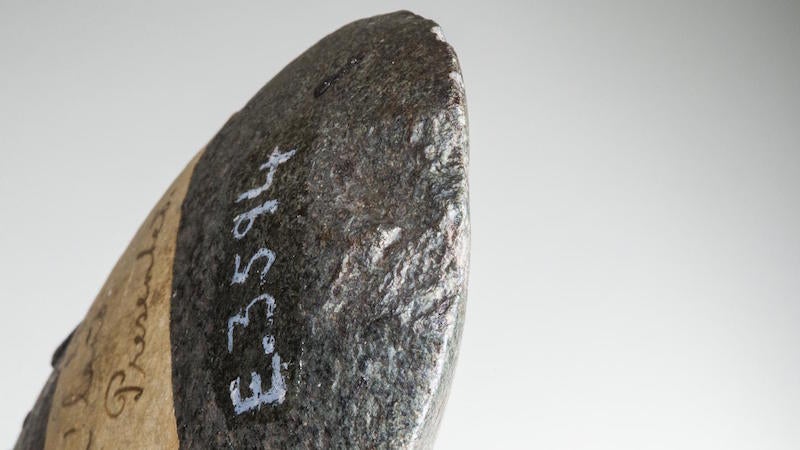 The world’s oldest axe — dating back at least 46,000 years — has been uncovered in Australia. And, already, there’s a mystery surrounding it.

The axe — by this time reduced to mere flakes, which you can see below — was originally found in a dig during the ’90s. But researchers from Australian National University only recently managed to identify and date the object, the results of which they published in Australian Archaeology. It’s the first instance ever found of an axe with a handle attached. The next one doesn’t show up in the archaeological record for over another 10,000 years. 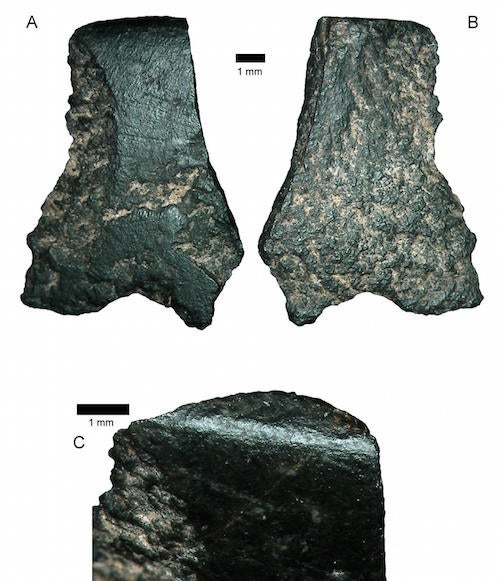 Still, as of now, the axe’s purpose remains unknown. Whatever that purpose was, it must have been a rather limited one. Although axes may have originated with this early example, archaeologists were unable to find any evidence that later examples of the technology had spread from this earliest finding.