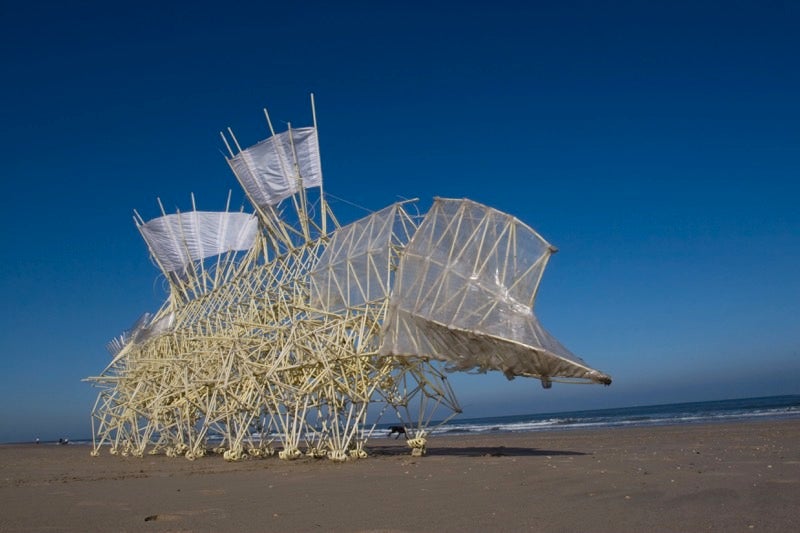 A travelling exhibit of Dutch artist Theo Jansen's wind-powered Strandbeests ("beach animals"), makes its only West Coast appearance at San Francisco's Exploratorium, opening tomorrow and running through Labor Day. We got a chance to talk to Jansen and see his massive creations up close and in action. Animaris Umerus, Silent beach (2009). (Image: Courtesy of Theo Jansen, photo by Loek van der Klis)

"Strandbeest: The Dream Machines of Theo Jansen" is not just a sculpture display. It's also paired with a series of photos by Lena Herzog of Jansen at work and his art at play, a hands-on "Tinkering Studio" (aimed at younger museum-goers) and opportunities to see how a uniquely creative mind goes through the process of creating his "animals". This includes chances to study the "bones" of the sculptures, for which he uses PVC pipe and zip ties, aside from a few "unfaithful" ventures into wood and other materials. "Because it's from Holland, it has the colour of cheese," he points out, indicating the yellowish pipe.

Jansen, who has a background in physics, is droll when speaking about his art, but he's not simply in it for the whimsy. When he began building Strandbeests 20 years ago, he intended them to serve as "a herd to help shore up the beaches of Holland against rising sea levels," according to the Exploratorium's Marina McDougall. Later, his interests shifted to broader inquiries into how life begins and changes as evolution occurs. 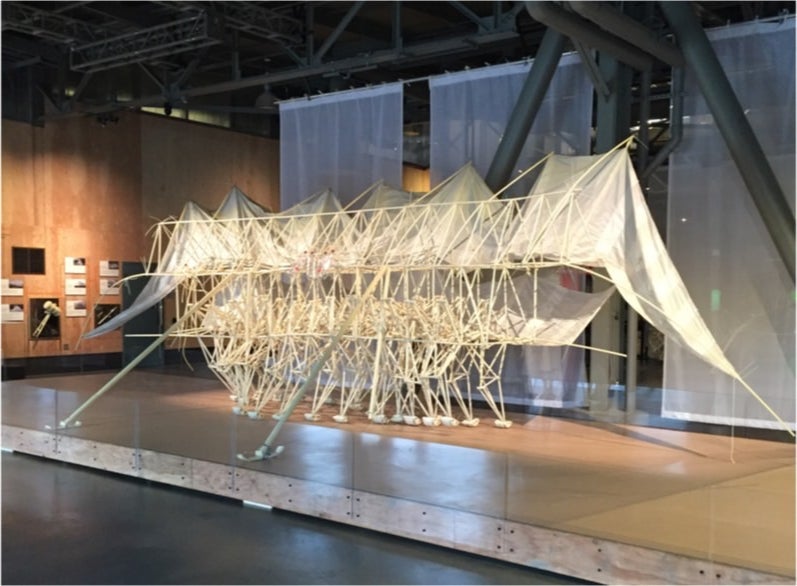 A Strandbeest at the Exploratorium. (Image: Cheryl Eddy)

Typically, he unveils a new, uniquely-named Strandbeest every summer in his homeland. It has its months roaming the dunes while Jansen observes how it reacts to the wind and other elements, and conducts experiments and runs tests with it. The results will inform changes to his future design plans.

Then, "in the fall, I declare the animal extinct, or dead, and they go to the boneyard". Some end up being repurposed to make future sculptures, but some — like those in the Exploratorium's exhibit — are brought back to life; in the absence of wind, they can be reanimated using compressed air or good old-fashioned human power.

The exhibit is a great way to get up-close with these unique art objects. But judging from these breathtaking shots, it's most ideal if you can catch a Strandbeest in its natural habitat. 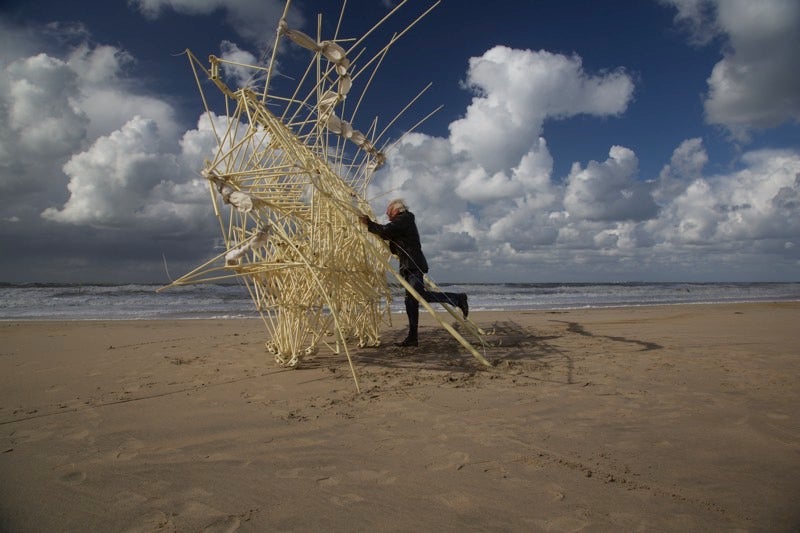 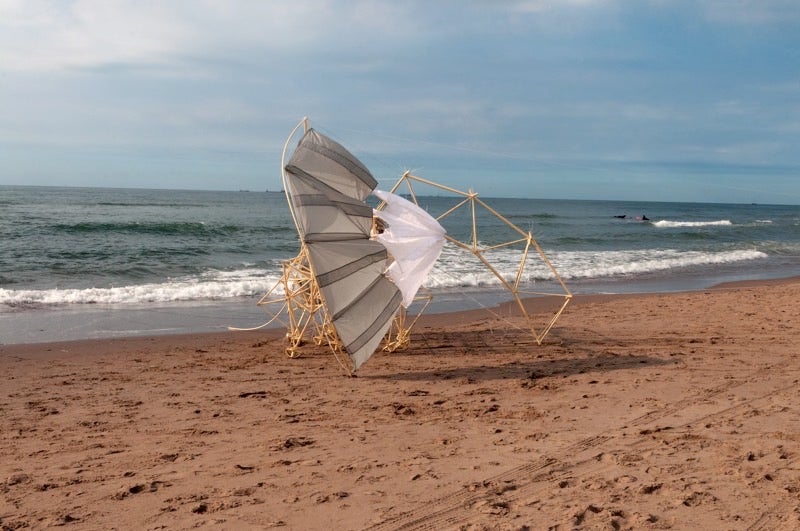 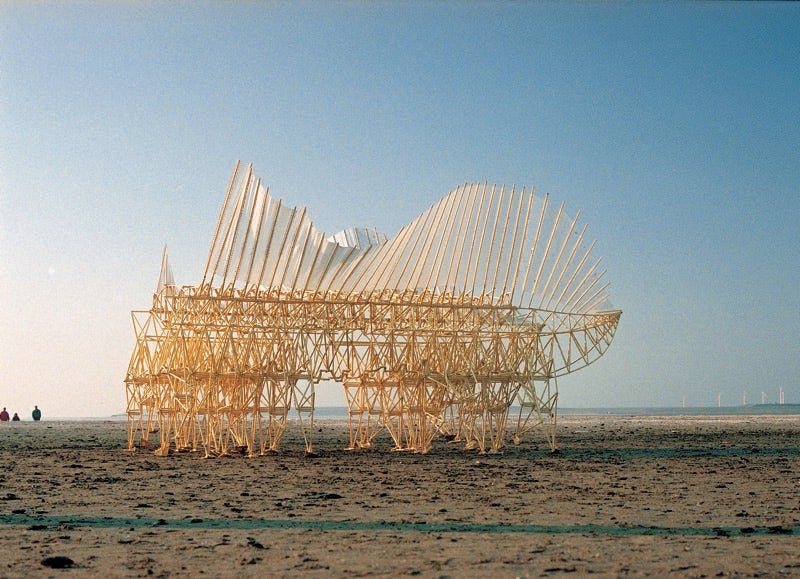 "Strandbeest: The Dream Machines of Theo Jansen" runs May 27-Sept 5 at San Francisco's Exploratorium; learn more about the artist at his website.