The First World War began just over a century ago, and in 2017, the United States will begin to commemorate its entry into the conflict. These three maps show the beginning of the end of the war in incredible and beautiful detail.

The three maps were created by the American Battlefield and Monuments Commission, and show off the movement of the American and Allied forces as they began to turn the tide of the First World War.

The first map shows off the first major push into German-held territory in the Aisne-Marne region, beginning in the end of May, 1918. While American forces had begun to arrive in the summer of 1917, they first underwent months of training to prepare for the trenches.

During the Spring of 1918, American units had begun to filter to the fronts, but only in quiet areas, to help free up their more experienced counterparts for front-line duty.

In June of 1918, Americans began to see their first taste of heavy combat near Château-Thierry. The 2nd Division's 5th and 6th Marine Regiments fought at Bellaeu Wood and went up against some of the most heavy fighting that they have ever seen. (This is where the phrase "Come on, you sons of bitches, do you want to live forever?" came from.) From June through July, American forces fought hard and were able to push back the German military.

In the maps below, the Yellow shaded regions are French forces, while the coloured sections are American divisions, denoted by the circled number.

Note: you'll want to blow up these maps to really take in the detail. 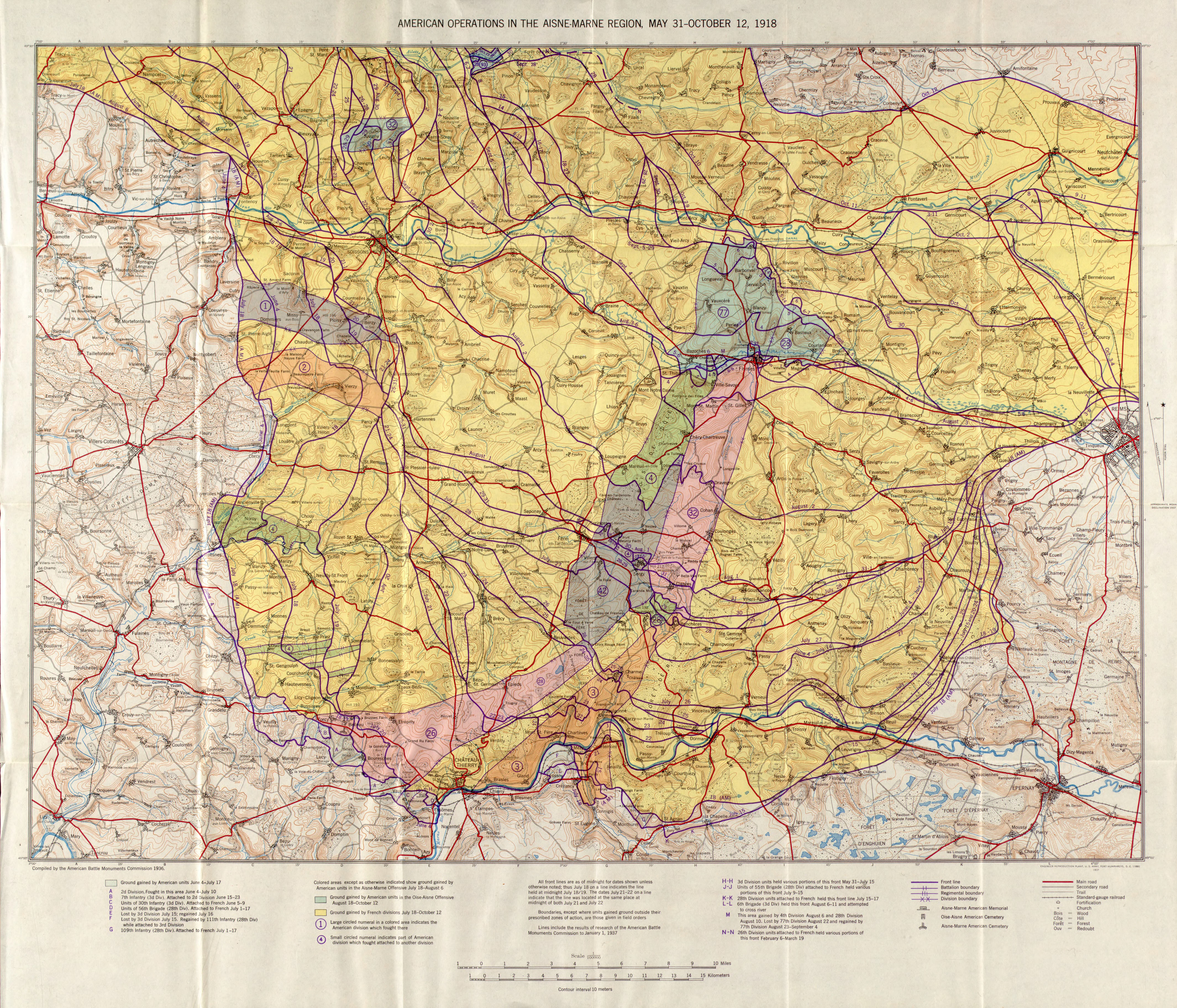 Just check out the detail here: 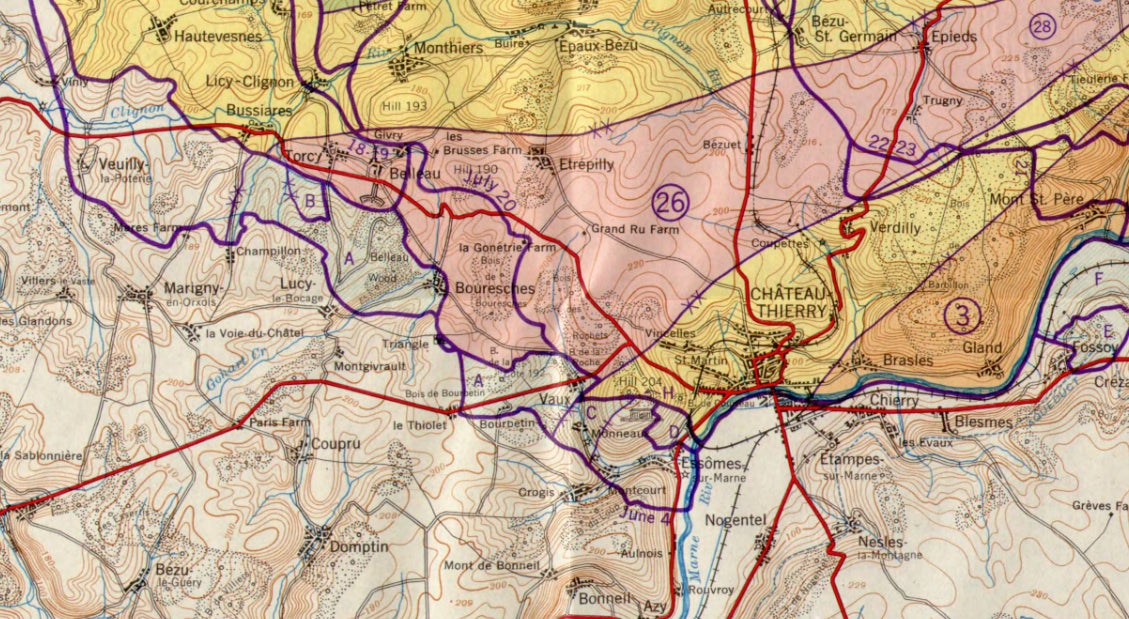 By September, the Allies had reduced the Aisne-Marne Salient, and had arrived at territory around Saint Mihiel, which the Germans had held since the beginning of the war. The attack against the salient began in September was the first major assault spearheaded by the Amerian Expeditionary Force. 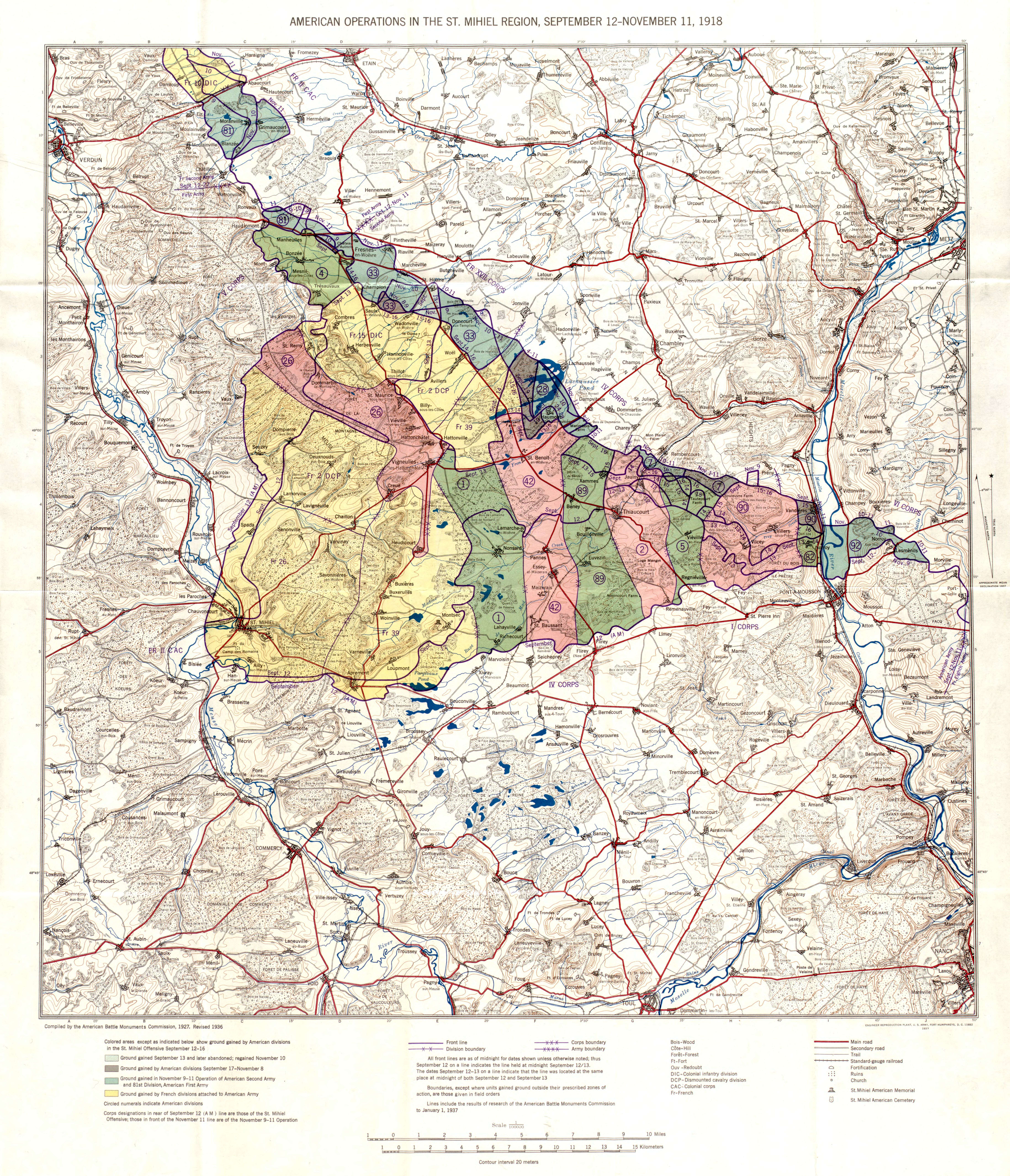 The final map shows the Meuse-Argonne offensive (also known as the Battle of the Argonne Forest), the final major battle in the First World War. Allied forces pushed North from September to November 11th, and was the largest battle in US history, involving 1.2 million men.

The battle took part in three phases: September 26 to October 3, October 4 to October 28 and October 28 to November 11, and was the deadliest battle in American history up to that point, with over 26,000 soldiers killed. 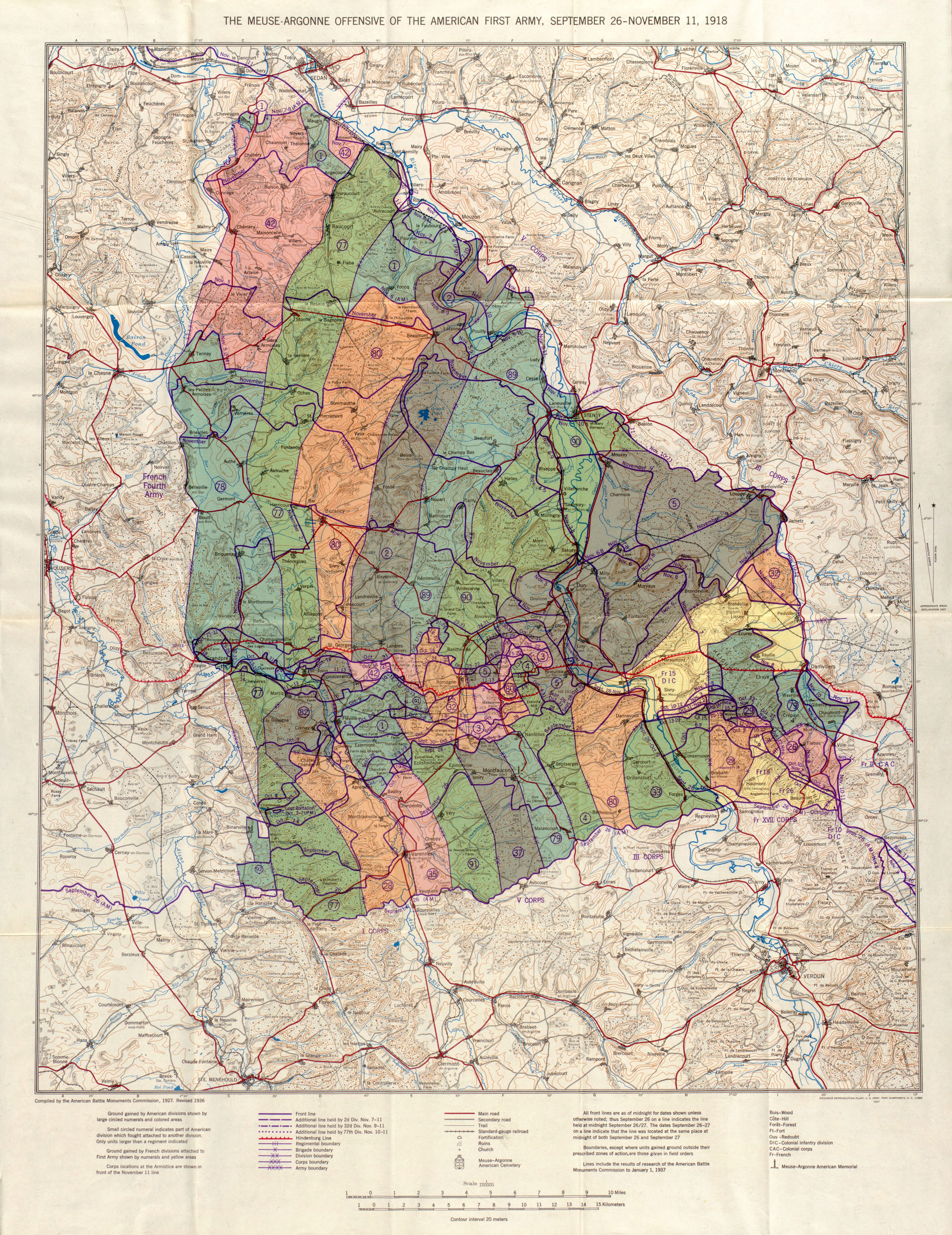 What's really intriguing about these maps is how they take a really complicated campaign and lay it out clearly. Units have been colour coded, along with roads, cities, contours and terrain. Lines show off where the front moved. In many ways, these maps look like they're showing off geology, rather than battlefields. Above all, they're an utterly beautiful publication to behold.