There's Meth In These Burritos 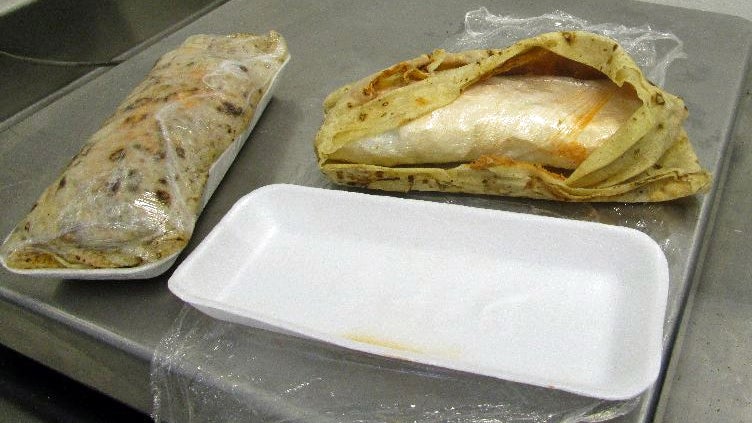 US border agents near Nogales, AZ were busy this past weekend. In five busts, they confiscated a buffet of hard drugs inbound from Mexico — a haul valued at a combined $US928,000 ($1,292,860). The best part of the whole thing was this pair of meth burritos.

The burritos, which are worth at least $US1,500 ($2,090) each, were confiscated from a 23-year-old woman trying to pass through a pedestrian gate at the border. Despite being disguised as a delicious foodstuff, her meth was detected by drug-sniffing dogs. The above photo, taken by the border guards, reveals an absence of sour cream, guacamole, or any of the other ingredients one might expect to find in a burrito, meth-filled or otherwise. Also absent is the ubiquitous aluminium foil invariably holding the food item together. To be honest, the whole thing seems pretty low-effort. Try harder smugglers.

Meth burritos are a novel gaffe, but belong to rich history of deeply misguided smuggling attempts which include weed-carrying drones, a suitcase laden with dozens of rare turtles, coke-filled boobs, and an Iron Man suit made of iPhones. Add burritos to the list of drug disguises that probably do not work, no matter how delicious they look. [Boing Boing]