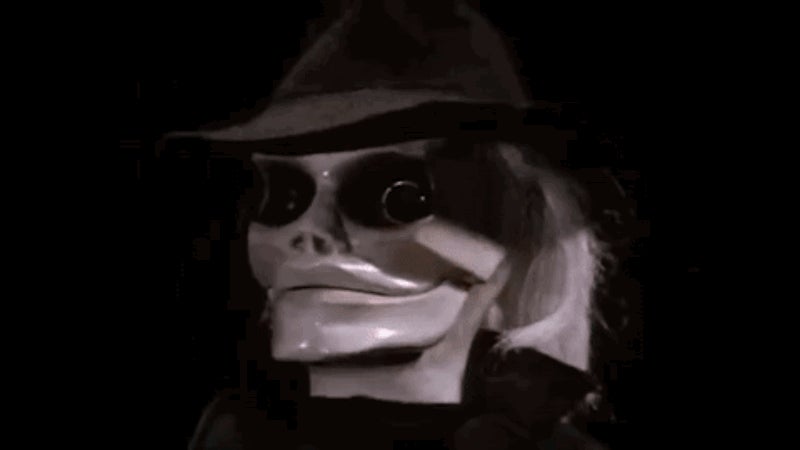 The original Puppet Master was released direct-to-video in 1989, but it became a cult sensation that spawned a franchise of sequels, prequels, spin-offs, toys and comics. And since haunted puppets are evergreen (see also: Chucky), it looks like the Puppet Master series is about to get some major new big-screen love. Puppet Master: The Littlest Reich is framed as "part of multiple storylines and an expanded mythology", which means we may be getting a lot more campy, creepy, kill-crazy dolls possessed by ancient Egyptian curses in the years to come. The script — written by Bone Tomahawk's S. Craig Zahler — sounds like a spot-on homage to the corny/terrible/amazing first film, but also a fun horror comedy that we'd want to see on its own merits. Here's The Hollywood Reporter's summary:

Zahler's new take promises all of the brutally inventive puppet kills infused with the same comedy that made the original franchise so popular with fans.

The film follows a recently divorced young man who discovers a mint condition Blade doll in his deceased brother's closet and plans to sell the toy at a convention in Oregon celebrating the 30th anniversary of the infamous Toulon Murders. All hell breaks loose at the Postville Lodge during the auction when a strange force animates all of the various puppets throughout the convention as they go on a bloody killing spree.

YES. The series' original producer, Charles Band, will executive produce, and the people behind the reboot — including writer Zahler and co-producers Dallas Sonnier and Jack Heller — have all declared themselves huge fans of the Puppet Master universe.

Though the original film's low-budget trimmings were part of its charm, The Littlest Reich will have a bit more heft behind it, thanks to the producing power of di Bonaventura Pictures (which is based out of Paramount and made the Transformers and G.I. Joe films). So far, no director is attached.