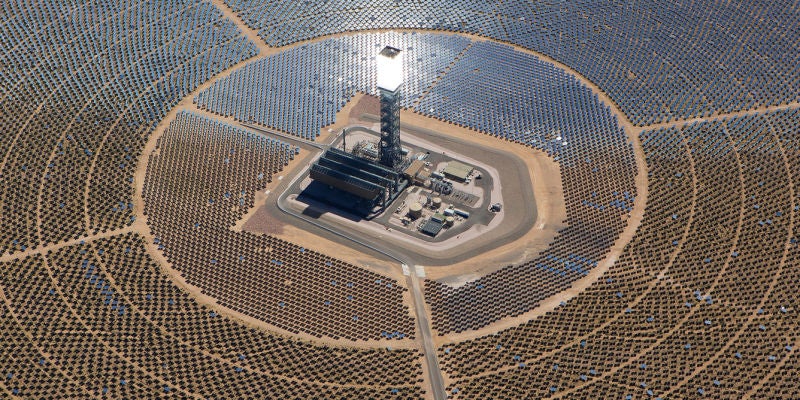 I suspect the Germans have an overwrought seven-syllable word for extreme irony, but even they'd have a hard time describing this. The Shenhua Group, the largest coal producer in China, which is the nation producing the most coal, is building a giant solar plant. Shenhua is partnering with SolarReserve, a Californian company that builds solar power plants designed to supply electricity to the grid. Its big breakthrough is energy storage, which uses molten salt towers to store solar power, allowing plants to supply electricity 24/7.

The new plant in China will supply 1000 megawatts of power, or not quite enough to power one 1980s-era time machine. It's also a drop in the bucket compared to the 65,000MW of total generating capacity Shenhua has overall.

But total numbers aside, it's still an important milestone in China's drive to decrease pollution. Serious PR problems — not to mention an immense risk to public health — have driven China to commit to installing 10,000MW of solar power in the next five years, and deals like this are the cornerstone of actually making that happen.