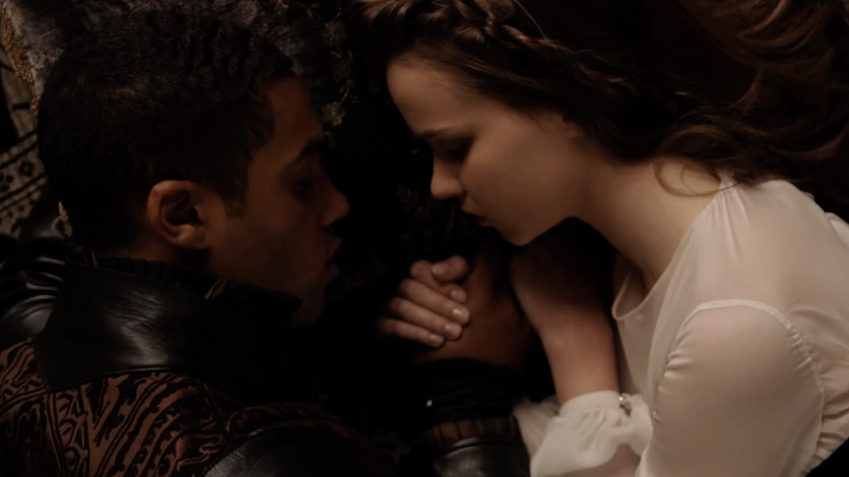 This year marks the 400th anniversary of Shakespeare's death. And to celebrate, some people have decided to kill him all over again. Here's a guide to all the biggest Shakespeare-based projects in the works that seem specifically designed to frustrate practicers of Bardolatry everywhere.

Cast and Crew: Rosaline is played by Lashana Lynch and Lady and Lord Capulet are Zuleikha Robinson and Anthony Head. See the rest of the cast here. The whole thing is a Shondaland production through and through, with Shonda Rhimes producing, Heather Mitchell (Grey's Anatomy, Scandal) developing it, and Michael Offer (directed the How to Get Away With Murder pilot) directing this pilot as well. It's based on a book by Melinda Taub.

Thoughts: This whole thing is billed as a sequel to Romeo and Juliet, which is just upsetting. The idea is that the Capulets and the Montagues kept fighting so the prince has decided to force another marriage with a Capulet and a Montague. It feels like the familiar Shakespearean names are really just a gimmick here for a period drama with feuds and sex. Also, since it's a period drama based on Shakespeare and not actual history, they're going to get to fudge the accuracy. Unfortunately, the cast includes all the characters who died in the play, guaranteeing flashbacks that don't let you ever forget that this is supposed to be a sequel to Romeo and Juliet. That's going to make it hard to turn your brain off and enjoy.

Verdict: It's a Shondaland show, so it will start strong and then peter out over the course of a billion seasons.

Thoughts: There's no better argument against Will than the description Deadline published:

It tells the wild story of young William Shakespeare (Davidson) and his arrival onto the punk rock theatre scene that was 16th century London — the seductive, violent world where his raw talent faced rioting audiences, religious fanatics and raucous side-shows. It's described as the hot, contemporary, dangerous version of Shakespeare's life, played to a modern soundtrack, exposing all his recklessness, lustful temptations and brilliance.

LOOK AT THAT. LOOK AT IT AND THEN TELL ME WE LIVE IN A GOOD AND JUST WORLD. TNT deserves to rot in Hell for this abomination.

Verdict: KILL IT WITH FIRE 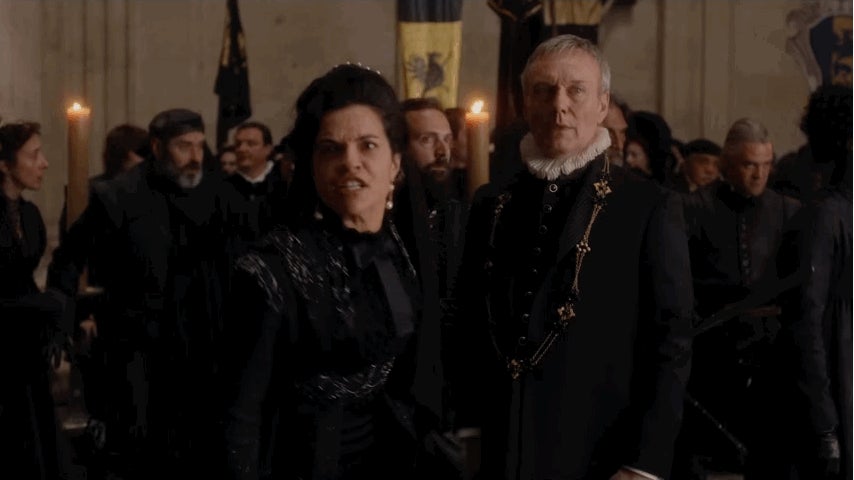 The screaming Capulet from Still Star-Crossed feels my pain

Cast and Crew: This one's based on the book by Lisa Klein. Semi Chellas (Mad Men) adapted it and Claire McCarthy (The Waiting City) is directing. Daisy Ridley and Naomi Watts are the likely stars.

Thoughts: This one is a retelling of Hamlet from Ophelia's point of view. And I don't want to spoil anything, but there is a twist ending in there about what really happened to Ophelia instead of drowning herself in a pond. I won't spoil the twist, but I will say that the original YA novel's additions to the plot do not notably improve upon William Shakespeare's most famous play. However, this one-star review of the book does promise sex:

I was really disappointed in this book. I bought it for my 14 year old daughter to read but I always read their books first; thank goodness I did. Ophelia and the other girl in the novel are sexually active. Don't let your kids read these novels. Too bad too, because up to where I read, it would have been a good story without teen sexuality being drug into the mix.

...this lady should skip Shakespeare.

Verdict: The cast is good but the twist is not. 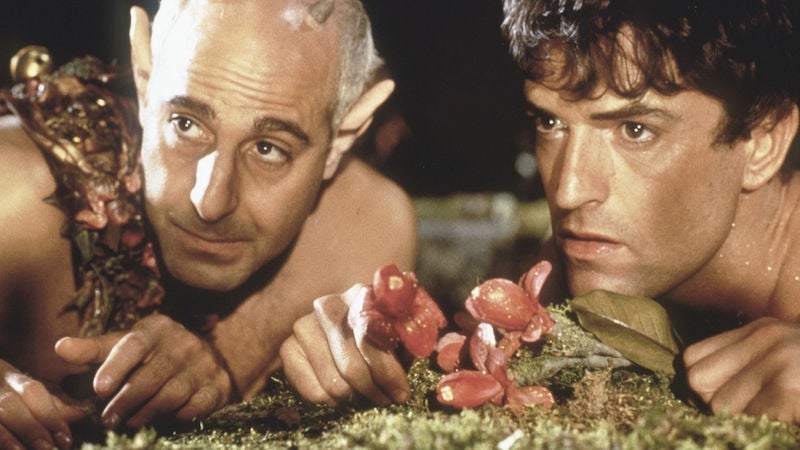 Cast and Crew: Anthony Jaswinski (The Shallows) is writing the script.

Thoughts: The plan for this anthology TV series, airing on Lifetime, will adapt a new Shakespeare play every season, but turn each of them into a "contemporary horror mystery." First up is A Midsummer Night's Dream, which will basically be yet another version of every woods-based horror movie ever made.

Look. I'm not against reimagining Shakespeare. That's pretty much standard these days, and the ones that do it well deserve love. I'm also not against reimagining Shakespearean stories as horror. But you can't just make another American Horror Story and slap Will Shakespeare's name on it and pretend you're suddenly bringing the work's of England's greatest playwright to the masses. Just make your dumb horror show and leave the Bard out of it.

The only plus side here is that since this is an anthology series, if the first season's "adaptation" of A Midsummer Night's Dream is lame, maybe the next season will at least be a more interesting bastardization of one of Shakespeare's play.

Verdict: It's a Lifetime TV series, so I wouldn't bet on the channel suddenly surprising us with greatness.

Thoughts: This the movie which supposedly reimagines Romeo and Juliet through the lens of 300. Honestly, as long as all they mean is filming Romeo and Juliet in a hyperstylized manner, this isn't that bad. If they mean to redo the whole thing as 300 but with random Shakespeare lines tossed in — no. There's been no movement on this since Sony acquired the script in March 2015, so it might be stalled. But remember, we are never safe from the Shakespearean onslaught. If any of the others on this list are successful, it will rise from the grave.

Verdict: Maybe I'm just so tired by the rest of these entries, but A Pox on 300 of Your Houses!!! doesn't sound nearly as bad as it did when we first heard about it. 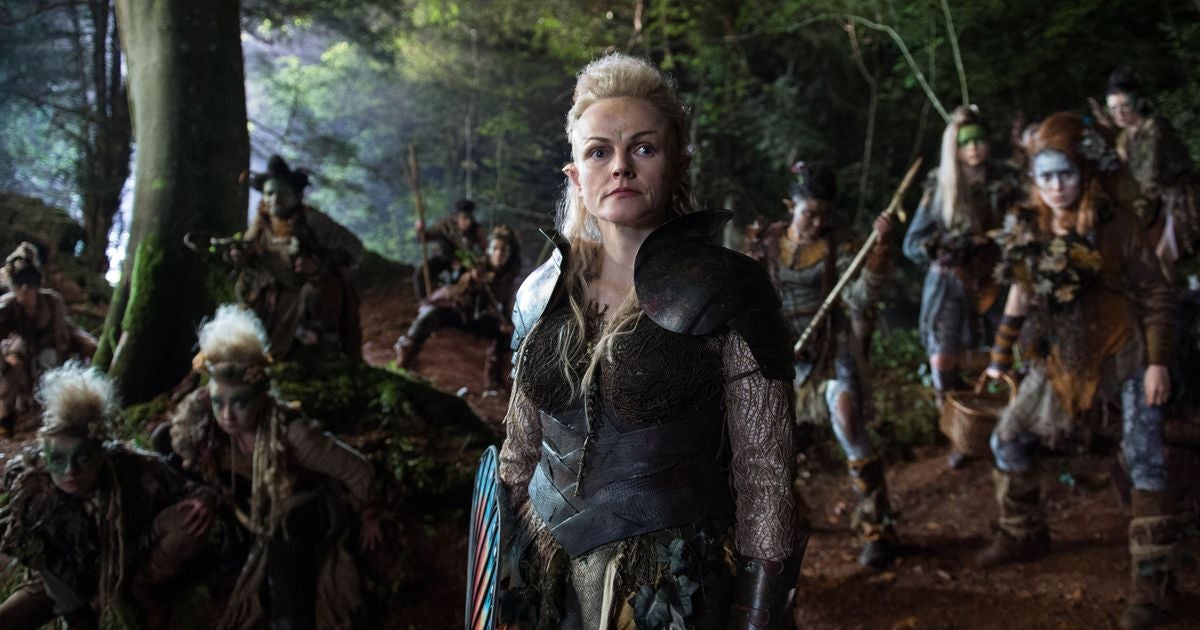 Cast and Crew: Russel T. Davies (Doctor Who) has managed to cut down the original play to a trim, TV-friendly 90 minutes. It's got quite a cast, with John Hannah (Theseus), Nonso Anozie (Oberon) Matt Lucas (Bottom), and Bernard Cribbins (Snout) as the most recognisable. It's coming to the BBC this year.

Thoughts: Well, they literally brought in the Doctor Who team for this one and it shows: 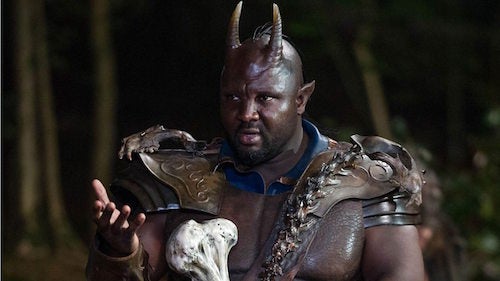 Also, Davies is already defending his choices. Not that there's anything wrong with adding two women kissing to the play, but Davies saying, "If you're a Shakespeare purist, it means you're in love with imagination and drama and truth and fun and honesty," sounds like a pre-defence to people arguing about what he's cut and moved around. On the whole, though, this is the least confusing and upsetting adaptation on the list.

Verdict: If you want the weirdness of Davies' Casanova combined with the production values of Doctor Who and the words of Shakespeare, here you go.