Super-Thin Silk Coating Keeps Fruit Fresh For Over A Week

A lot of fresh fruit and vegetables spoil between the farm and your mouth. But a team of Tufts University researchers has developed a silk coating that could help keep fruit from turning without the need for refrigeration.

The team has developed a solution made from silk that it can use to coat fruit and vegetables. When exposed to just a little water vapour in a vacuum, the fibroin proteins in the silk bind with each other to form a protective film — called a beta-sheet — between 27 to 35 microns thick. The research is published in Scientific Reports.

And it seems to help keep what's beneath fresh. The team coated strawberries with the stuff and compared them with uncoated specimens. After seven days, the coated berries were "juicy and firm" while the uncoated ones were "dehydrated and discoloured". Take a look for yourself: 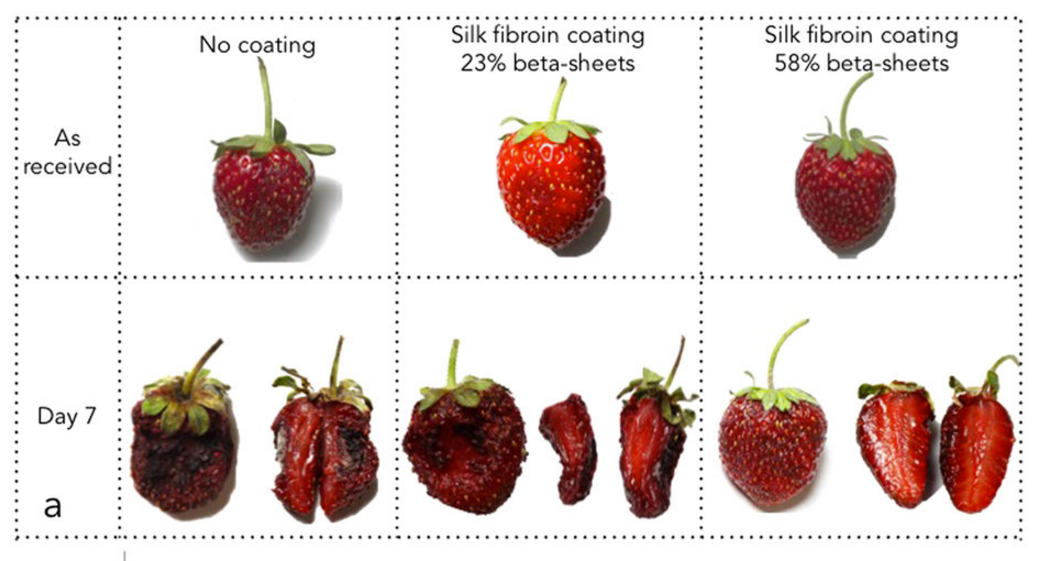 Fiorenzo G. Omenetto, one of the researchers, explains in a press release:

"The beta-sheet content of the edible silk fibroin coatings made the strawberries less permeable to carbon dioxide and oxygen. We saw a statistically significant delay in the decay of the fruit."

The researchers claim that the coating is odourless, biocompatible (meaning it won't do bad things to you) and didn't affect the texture of the fruit. One crucial test, however, is missing from their research — and that's taste. The coating could be a wonderful idea if human taste buds can't perceive it, but until that's proven, the coating won't be covering anything you eat.