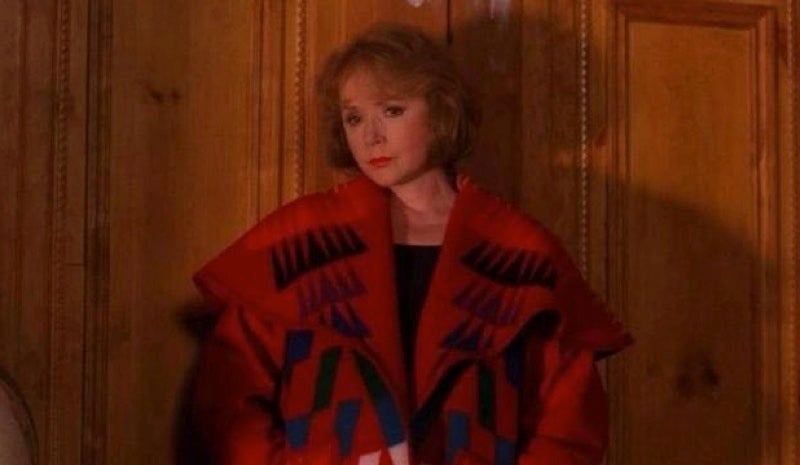 In late April, we got the entire cast list for David Lynch's reboot of Twin Peaks for Showtime. There were a lot of new additions, as well as familiar names who'd presumably be reprising their roles, like Kyle McLachlan and Peggy Lipton. But fans were also left wondering why certain favourites had been left out. Entertainment Weekly caught up with a few of the notable absentees, the most vocal of whom was Piper Laurie — the veteran actress who played plotting mill owner Catherine Martell (and, later, donned drag as a mysterious Japanese visitor to Twin Peaks):

"I made it very clear to David and the team that I would be delighted to come back. I had a fantastic time on the original and won lots of awards. I'm surprised and I have no idea why I haven't been called back," the three-time Oscar-nominee says, noting that she only found out the revival was happening as news was released to the public. "I did send a note to David that I would be delighted to return, but I think most of the material that I was in on the original didn't really involve the darker aspects of the show, and I can guess maybe that's where David and Mark Frost are going, but I really don't know. My character was more on the silly, comic, fun side."

Bummer. Joan Chen, whose storyline as mill heiress Josie Packard intersected with Laurie's, is also missing from the new cast — though, as Twin Peaks faithful will recall, Josie's fate on the show suggested there might not ever be a way to bring her back. A Chen source told EW that the actress was totally OK with not being included in the revival, noting "Lynch couldn't find something for her or Piper Laurie that would make sense."

Two other MIA stars from the original show — Michael J. Anderson, who played the backwards-forwards speaking "Man from Another Place", and Heather Graham, who was just an up-and-coming actress when she appeared as waitress Annie — were contacted by the magazine but declined to comment.