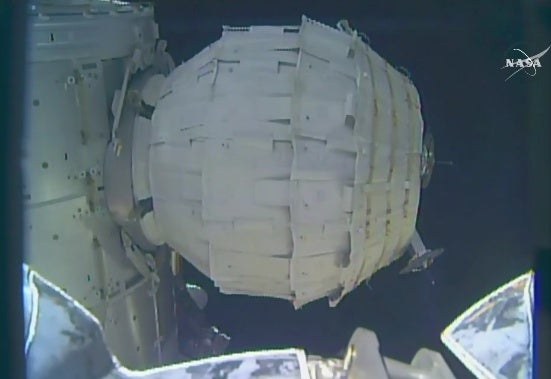 NASA began their second attempt early Saturday morning, with officials feeding air into BEAM in seconds-long intervals. By 4:10pm EST, the module had inflated to 170cm.

My earbuds were filled with the sounds of popping popcorn as BEAM expanded. The sounds, according to officials are the "pops we want to hear as the module continues to expand outwards".

After the module was been inflated, NASA moved on to the next step, which involved pressurising BEAM.

If it reaches full capacity, it will remain attached the International Space Stations' Tranquility module for two years as astronauts conduct tests on its performance. After that, experts will determine whether they can be used in the event that we send astronauts to Mars.