Mercury Has Crossed The Sun 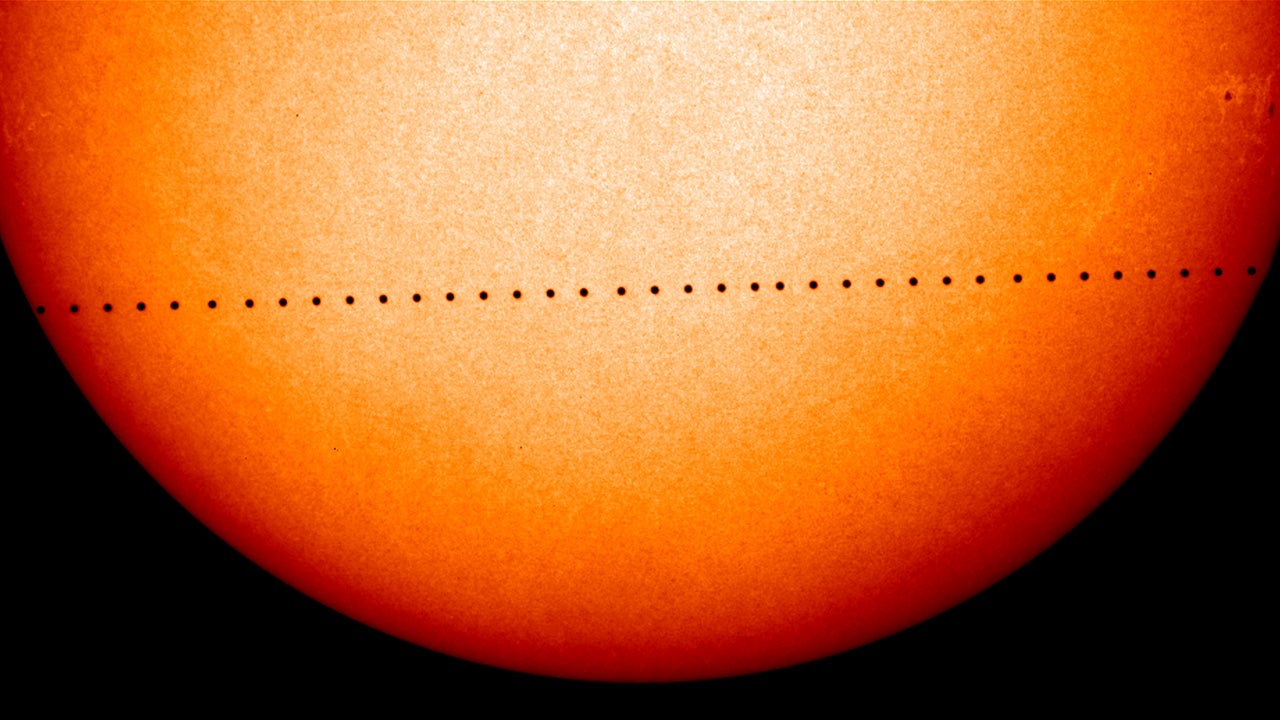 It's been a decade since the last rare but beautiful sighting of Mercury crossing the sun appeared. Today, the event has happened again. Mercury's transit is visible when the little planet crosses between us and our view of the sun. This perspective lets us watch the planet's progress in realtime, like in the timelapse photo from 2006 above. It's a relatively rare sighting (this happens only approximately 13 times a century) that requires that Mercury, Earth and the sun all line up together.

The happening is more than just a good show. It's also pretty useful to planetary scientists — though, curiously, the data they're looking for is often not about Mercury at all. Instead, the slight drop in brightness from the sun blocked out by a planet, like Mercury, moving in front of a star, like our sun, lets researchers get a better view of dim exoplanets. At 1/285 the size of the sun, Mercury's shadow during a transit may not seem like it would make a visible difference to the light of the sun, but it's enough. Kepler scientists attribute at least a thousand planetary discoveries to observing similar drops in the brightness of stars during exoplanet transits.

With a few exceptions (which you can see in the map — sorry, Australia), the transit is visible pretty much everywhere on earth. 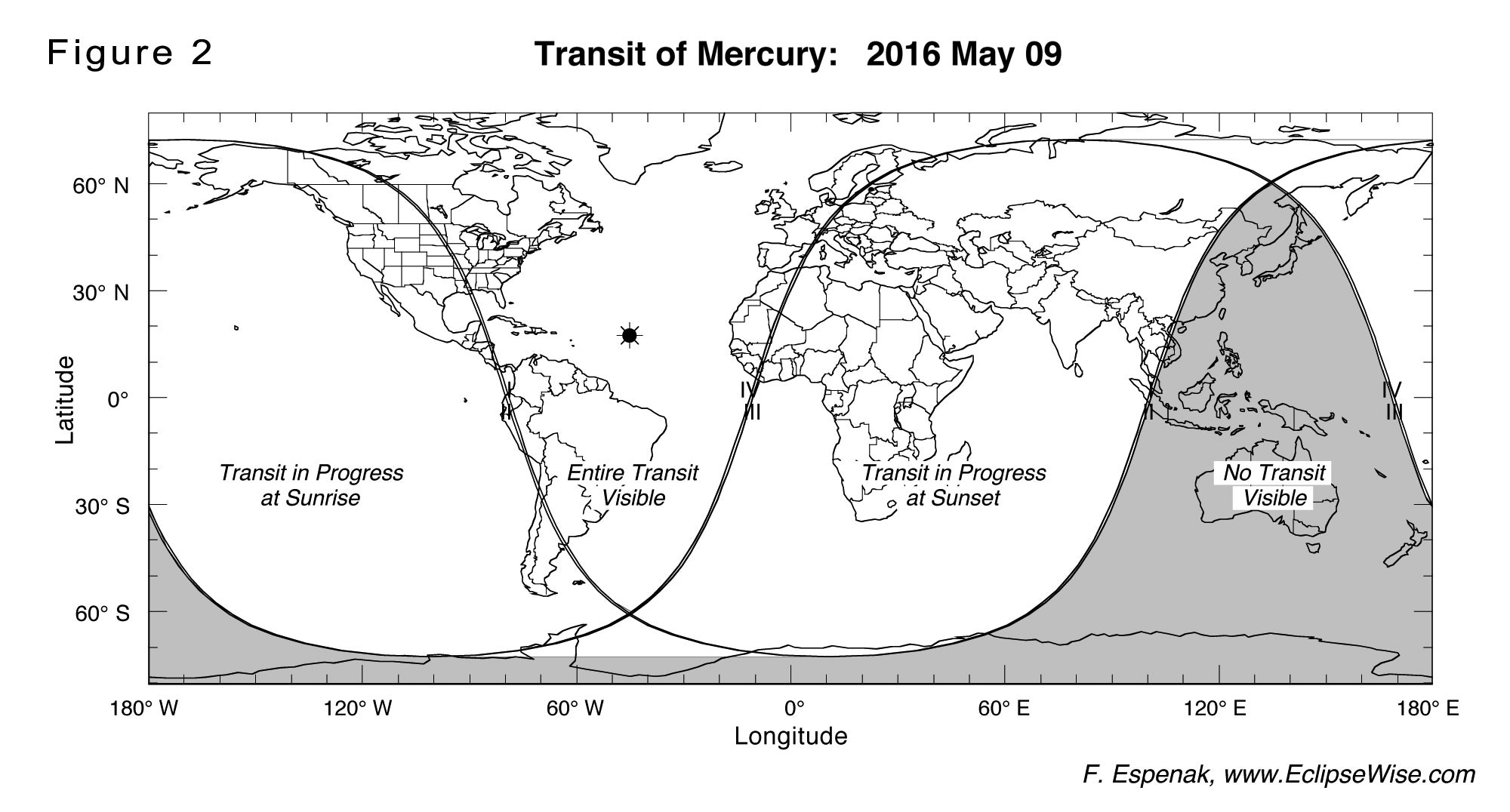 As always, staring at the sun is never a good idea. But there were plenty of other good ways to check out this event that didn't require special solar filter glasses - or a location outside Australia. The European Space Agency and Slooh Observatory both streamed the event in its entirety. You can watch the wrap up of Slooh's feed from the Canary Islands right here with us. NASA also broadcasted the event on its main television channel from 12:30am-1:30am AEST (10:30-11:30am EST).

Mercury first edged across the border of the sun at 9:12pm AEST (7:12am EST), and took just under eight hours to make the full trek. The best time to watch the transit was between 12:30am-1:30am AET (10:30-11:30am EST). That's when Mercury hovered around the middle of the sun, where it was most visible. The whole thing wrapped up by 4:40am AEST (2:40pm EST). But those final moments, just like the beginning ones, weren't as good viewing.

You can also watch this NASA visualisation of what the whole 7.5-hour event will look like condensed down into a tight 23 seconds. The next two transits aren't scheduled to come around again until 2019 and 2032 respectively.

NASA is also streaming a continuously updating gif of the transit. It's not quite live, but it's pretty close. Here's Mercury's progress so far: 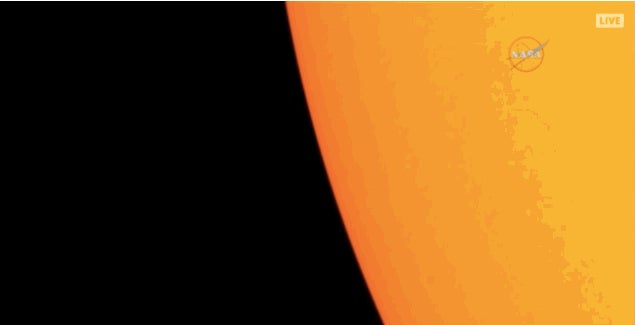 One hour to egress! (2:39 pm EDT) Watch with a solar telescope, or online at https://t.co/F2DCjn2jov pic.twitter.com/cMsosgRZQ0