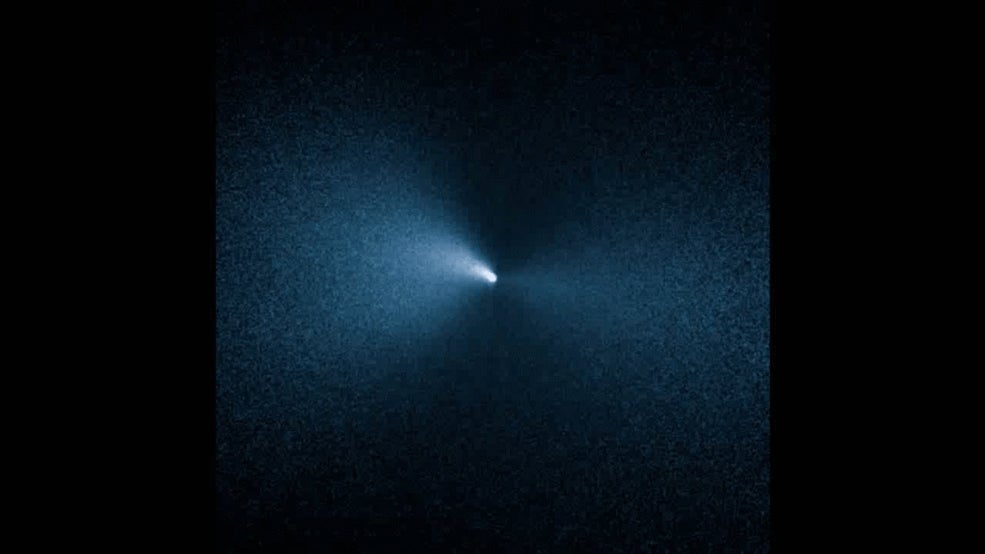 Comets brush by us all the time, but they're usually not close enough for us to catch anything more than a glimpse as they streak through the sky. But, thanks to one very close comet, Hubble just got an incredible insider view. Image: Timelapse of Comet 252P in action / NASA, ESA, and J.-Y. Li (Planetary Science Institute)

Last month, Comet 252P/LINEAR came within a little over 5.3 million kilometres of earth. This was one of the closest approaches to our planet by a comet ever, and it gave the Hubble telescope an unusual opportunity for a little close range photography. Besides our own moon, this comet is the closest object the Hubble telescope has ever photographed.

That up-close view paid off with the time-lapse you see above showing the nucleus of the comet moving around like, as NASA describes it, a high-powered lawn sprinkler. Although the nucleus measures just one mile across, the comet still manages to kick all manner of interstellar dust in every direction.

Seeing all that internal movement, it's no wonder that — even from so far away — debris from passing comets still makes it through our atmosphere as meteor showers. In fact, Comet 252P/LINEAR was so active that, although there's no regular meteor shower associated with it yet, NASA has flagged it as having the potential to rain down a future one.