How Your Brain Uses Statistics To Boost Your Confidence 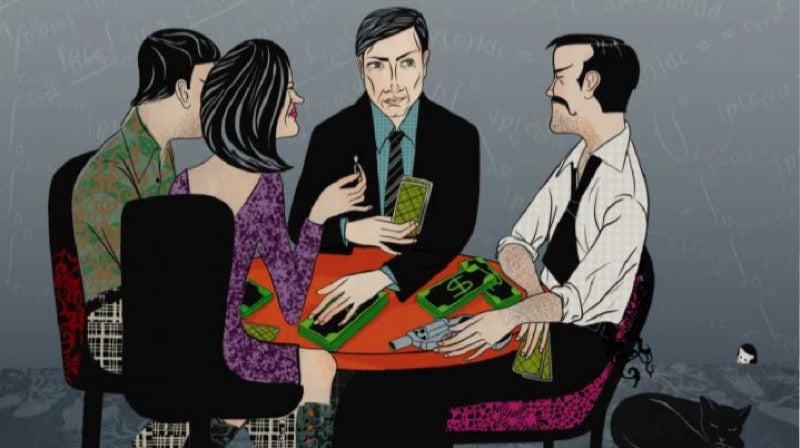 We make many decisions every day, from choosing whether to buy skim or whole milk, to deciding which way to turn at an intersection. How confident you feel about your choices will influence your behaviour.

Call, raise, or fold? How confident you feel about that decision depends a lot on your inner statistician. Image: Julia Kuhl

The notion of confidence can be tricky to define. There's the human emotion of feeling confident, of course, but there is also a concept of confidence used in statistics. The latter is something quantifiable that can be precisely calculated. Statisticians typically do this by sampling the data and using that subset to draw conclusions about the entire data set. Google's AlphaGo uses an algorithm to objectively calculate its confidence in how likely it is that it will win the game at every step, although the way it does that computation is very different from a human brain.

Lead author Adam Kepecs, a neuroscientist at Cold Spring Harbour Laboratory, draws an analogy to poker to illustrate these two faces of confidence. A poker player with a big pot at stake must decide whether to call, raise, or fold. He or she can objectively calculate the odds — the statistical definition of confidence — but that decision also hinges on how the player feels about those odds. We think of the latter as a gut instinct, based in part on the player's "read" of the other players at the table.

This latest study aims to quantify the connection between these two definitions. "The feeling of confidence and the objective calculation are related intuitively," Kepecs said. "But how much so?"

To find out, he and his student, Joshua Sanders, built video games and rounded up human volunteers to play them. The first experiment involved listening to a steady stream of clicking sounds and trying to figure out which of the clicks were faster. Participants rated their confidence in their determinations on a scale of 1 (random guessing) to five (very confident).

Those self-reports were then compared to the statistical predictions of computer simulations. And they matched, indicating that how the brain produces those subjective confident feelings is very similar to how statistical analysis spots patterns in messy raw data. "This subjective feeling of confidence relies on a statistical computation," said Kepecs.

One consequence of these new results is that the assumptions behind those earlier studies perhaps should be rethought. "Of course, it's difficult to claim that people never use shortcuts, because ultimately the full statistical algorithm in complicated decisions has to be approximated somehow," said Kepecs. "But should this be our foundation for future work?" Perhaps not.

The ultimate goal is to pinpoint the region of the brain where this inner statistician is located, and precisely track just how it processes all that data. According to Kepecs, there is evidence that rats have a sense of confidence, and that certain neurons in rat brains provide a neural basis for that. This latest work hints at a deeper connection between rodent and human behaviour. So as a next step, "We can look at a rat brain and unravel the full circuits that are producing the sense of confidence and controlling associated behaviours," said Kepecs.

Is it really possible to quantify such a squishy, subjective thing as feeling confident about our choices? Kepecs says it is, thanks to those dual definitions of the concept. "A lot of things that seem less lofty are actually more difficult to study," he said. "Hunger is much more complicated to define. You can't ask an animal what hunger is. I actually believe that fundamentally, most of these kinds of ideas in psychology have a related concept that is computational in nature."