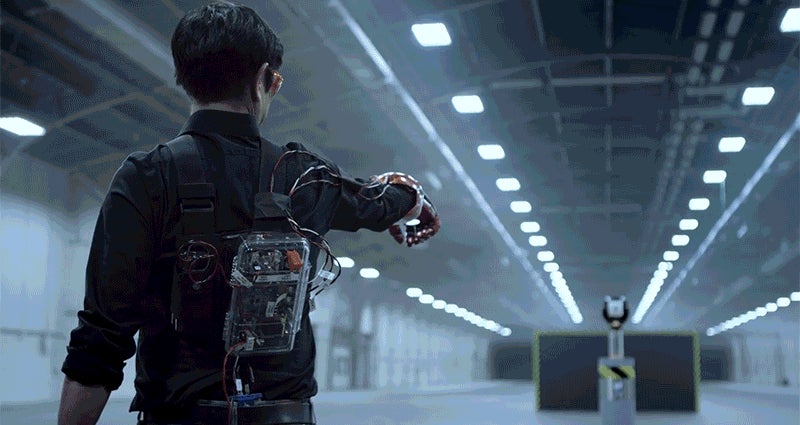 Don't have billions of dollars at your disposal like Tony Stark or SHIELD do? You can still build some impressive superhero accessories like Iron Man's laser-blasting gauntlet or Captain America's boomeranging shield, using easily found electronics, a little ingenuity and some clever hacking.

Allen Pan (who built a replica of Thor's Mjölnir Hammer that only he could lift) and Grant Imahara (of ILM, BattleBots and Mythbusters fame) challenged each other to bring two other iconic accessories from the Marvel universe to life. They're not quite ready to take on Thanos just yet, but these brilliant functional cosplay accessories will certainly be a huge hit at Comic-Con.

To realise Captain America's boomeranging shield, Allen Pan didn't have access to any vibranium steel alloy or super-soldier bio-research. So he instead turned to another burgeoning technology that exists outside the comic book world: drones. 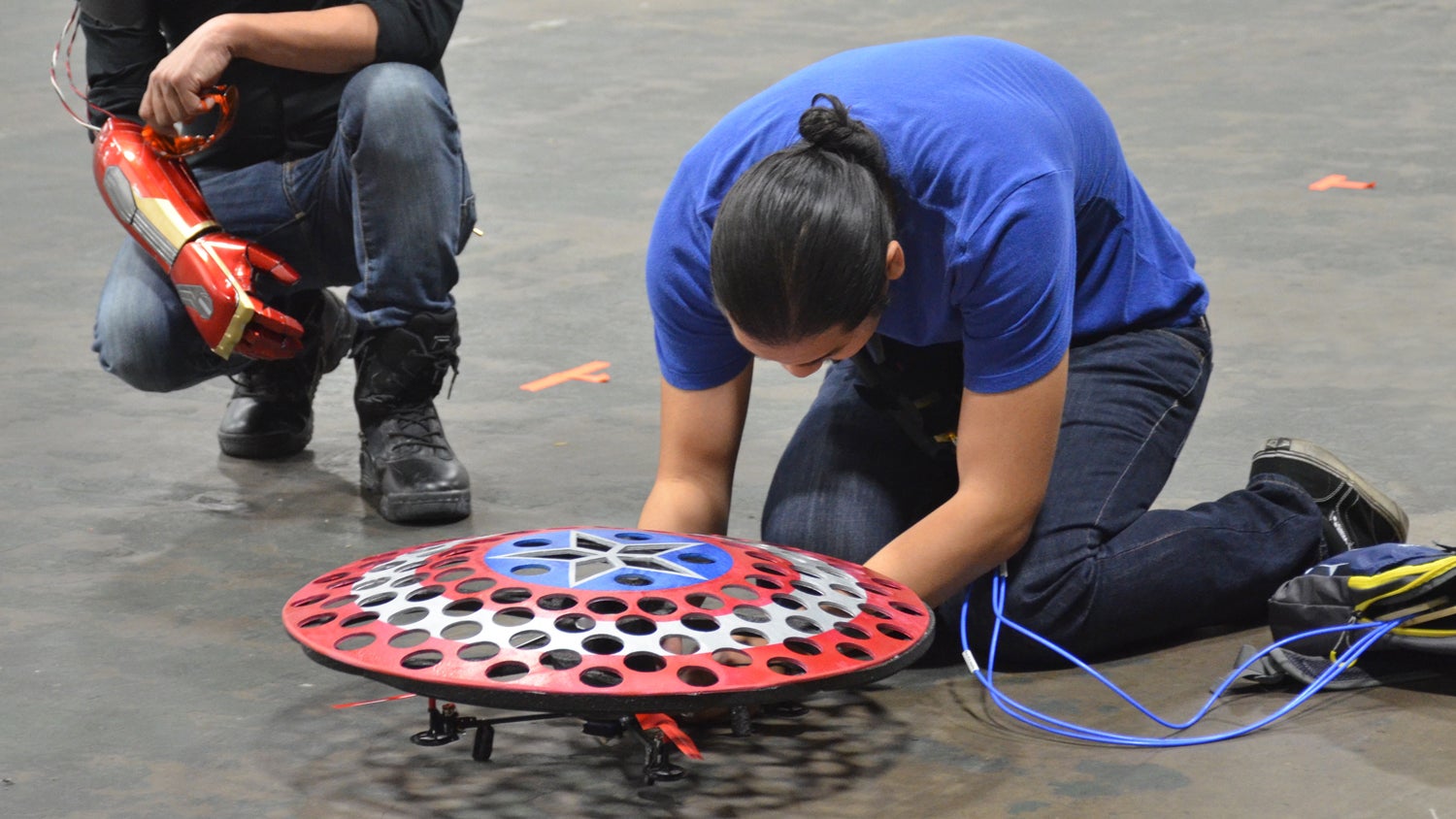 Pan started his build using a Parrot AR.drone 1.0,but found that the software and fail-safes that made it easy to fly also worked against his required customisations. So instead, he instead spent around 160 hours modifying a similar drone, the WLToys V262, with a lightweight foam shield on top, perforated to allow for airflow and a motion-controlled remote strapped to his forearm. This allowed him to launch his shield like Captain America does, but also ensure its safe return right back to him. 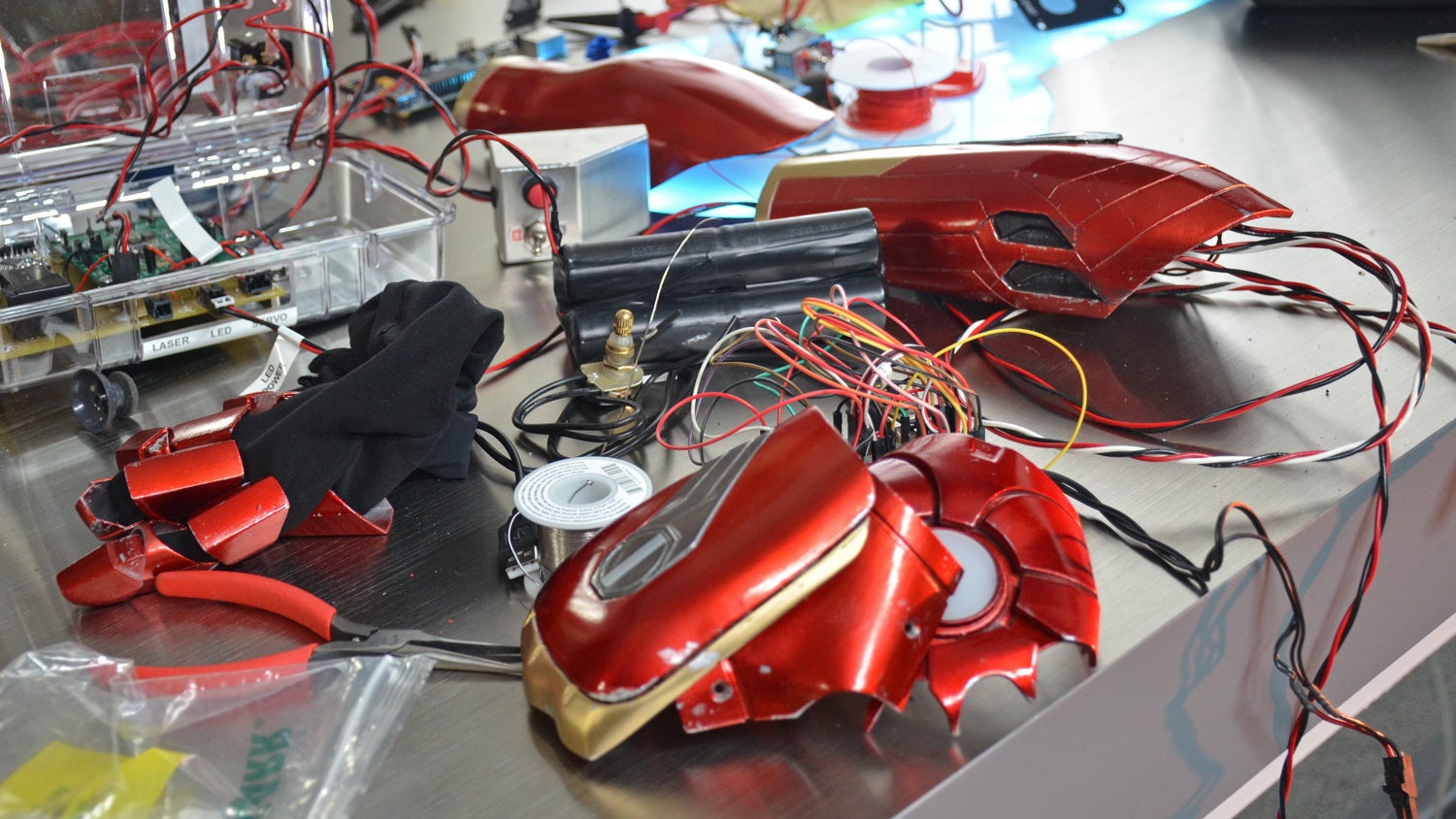 Without a set of four spinning rotors powering it, Grant Imahara's take on Iron Man's gauntlet was a little safer to play around with — but just barely. Starting with a highly-detailed 3D model of the glove and forearm components, Grant spent five entire days, around the clock, 3D-printing every last part. On top of that there was an additional 76 hours of cleanup, assembly, wiring, programming, and painting to make it look highly authentic and actually work.

The five-and-a-half watt pop-up blue laser that Grant somehow managed to squeeze into the already compact gauntlet is the most powerful model you can legally buy online. But since everything is better with more power, were he to build this replica again, Grant says would have opted for an industrial or research-grade laser to give the gauntlet a little more kick and make it even more formidable.

So, want to build your own? Of course you do. In a second video Grant and Allen break down how each prop was built, and reveal some of the most challenging aspects of each one. But be forewarned, you won't want to tackle either one if you're just getting started in electronics. Grant and Allen are seasoned vets who could probably build their own fully-functional Iron Man suits if the technologies Tony Stark had access to in the comic books existed in the real world.