Here's Why You Shouldn't Play With Ropes Near Helicopters 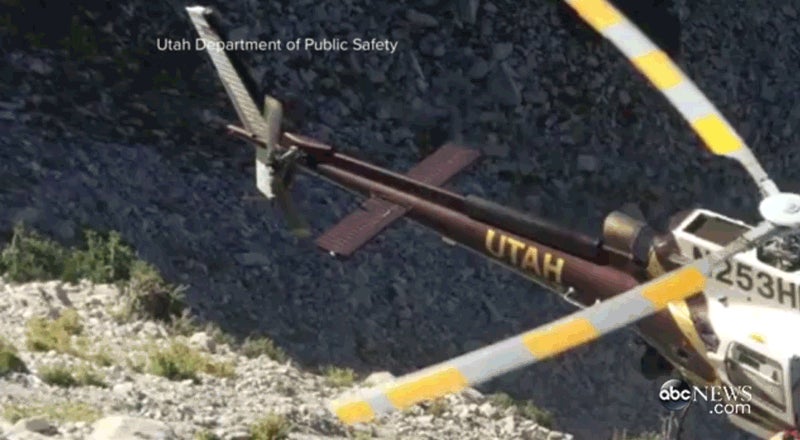 It's basic common sense that ropes and fast, spinning blades don't mix. But in case you need a reminder, recently released video of a near-crash from a rescue helicopter should scare you witless.

The accident occurred when a helicopter was trying to recover the body of a dead hiker near Salt Lake City last September. The aircraft was hovering next to a cliff, waiting for a rescuer carrying the body to step on board. As the rescuer steps onto the skid, the main rotor hits his safety rope.

The result is immediate and terrifying: the pilot loses control, and the helicopter hits the side of the mountain. Somehow, he regained control, and flew the aircraft away from the cliff — barely missing the rescuers in the process — and landed safely.