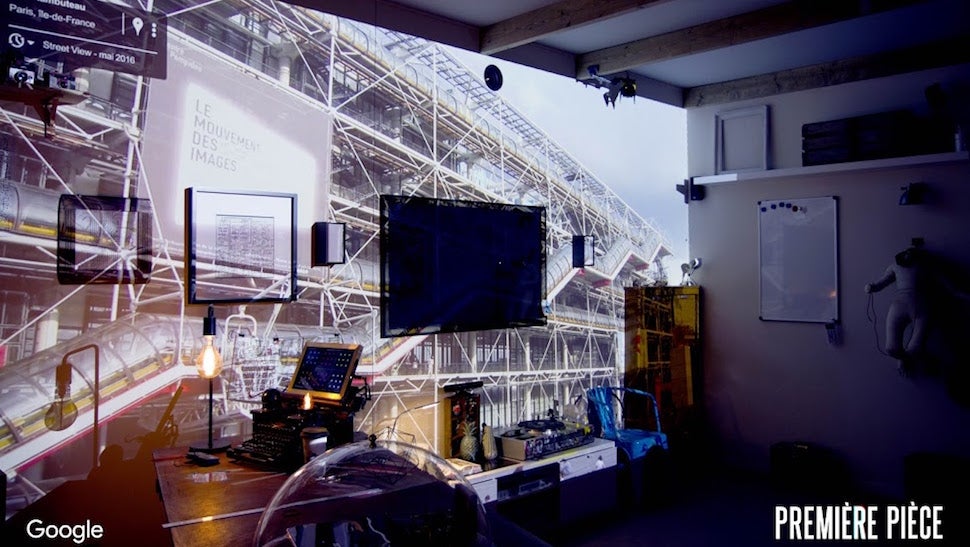 In what appears to be a valiant effort to turn the show Black Mirror into reality, Google France has created an escape room in which participants must use Google apps to get out. AdWeek reports that the room, called Première Pièce, mimics a traditional escape room by locking people in a physical space and requiring them to solve a bunch of puzzles within a 40-minute time period. That sounds bad enough, but Google's has an extra layer straight out of your techno-nightmares: Players have to use apps like Search, Maps, Translate, Photos and Cardboard to get out. Wow, what do you guys think Google is trying to say here?

The company also has a few suggestions for how to use the apps:

Google Hangout: Clues are given to player by Julie (the fictional owner of the place) via Google Hangout messages.

Google Translate: On the wall of the room, there are posters with mysterious messages written in foreign languages (Norwegian, Danish, Chinese, Japanese, etc.). Those messages are clues players have to translate thanks to the Google Translate app installed on their smartphone.

We Are Social, the ad agency behind this sinister idea, will be livestreaming activities in the escape room today. The stream will also involve the next worst thing after an app-themed escape room: YouTube stars.

"The event will be interactive, with viewers encouraged to issue challenges to the YouTubers through Twitter as well as change aspects of the room, such as turning off the lights or delivering a pizza to the players," according to Media Post. Boy, that seems like a prime opportunity for some social media shenanigans.

If you happen to be in Paris and want to try out this nightmare for yourself, the Google escape room will be open from May 20 to May 29 in Paris. Participate at your own risk.