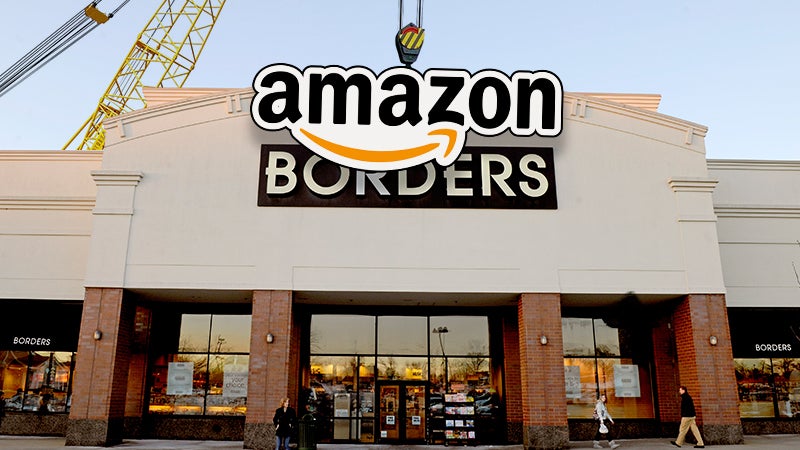 Remember when news leaked that Amazon was planning to open a lot more brick-and-mortar stores? Amazon's PR team got pretty angry about those reports and insisted that they weren't true. But today Amazon CEO Jeff Bezos himself has confirmed that they're "definitely" planning to build more stores. Photo illustration of an Amazon sign going over a Border bookstore (AP/Gizmodo)

Today Amazon is holding its annual shareholders meeting in Seattle where Bezos is fielding questions and talking about the future of the company. Geekwire is reporting that Jeff Bezos said that they're "definitely going to open additional stores". However, the number and precise location of the stores remain undisclosed.

Rumours back in February led many to believe that Amazon had some rather bold plans to open as many as 300-400 stores. Reports from the New York Times and Recode claimed that the plans were probably more modest than that, but that they'd definitely be headed by Steve Keseel, an Amazon executive who helped with the launch of the first Kindle.

The Keseel initiative is rumoured to be called simply Amazon Books, though that seems a bit confusing and practically redundant in some weird way. We'll just have to wait and see.

I reached out to Amazon by both email and phone had not heard back at time of writing.