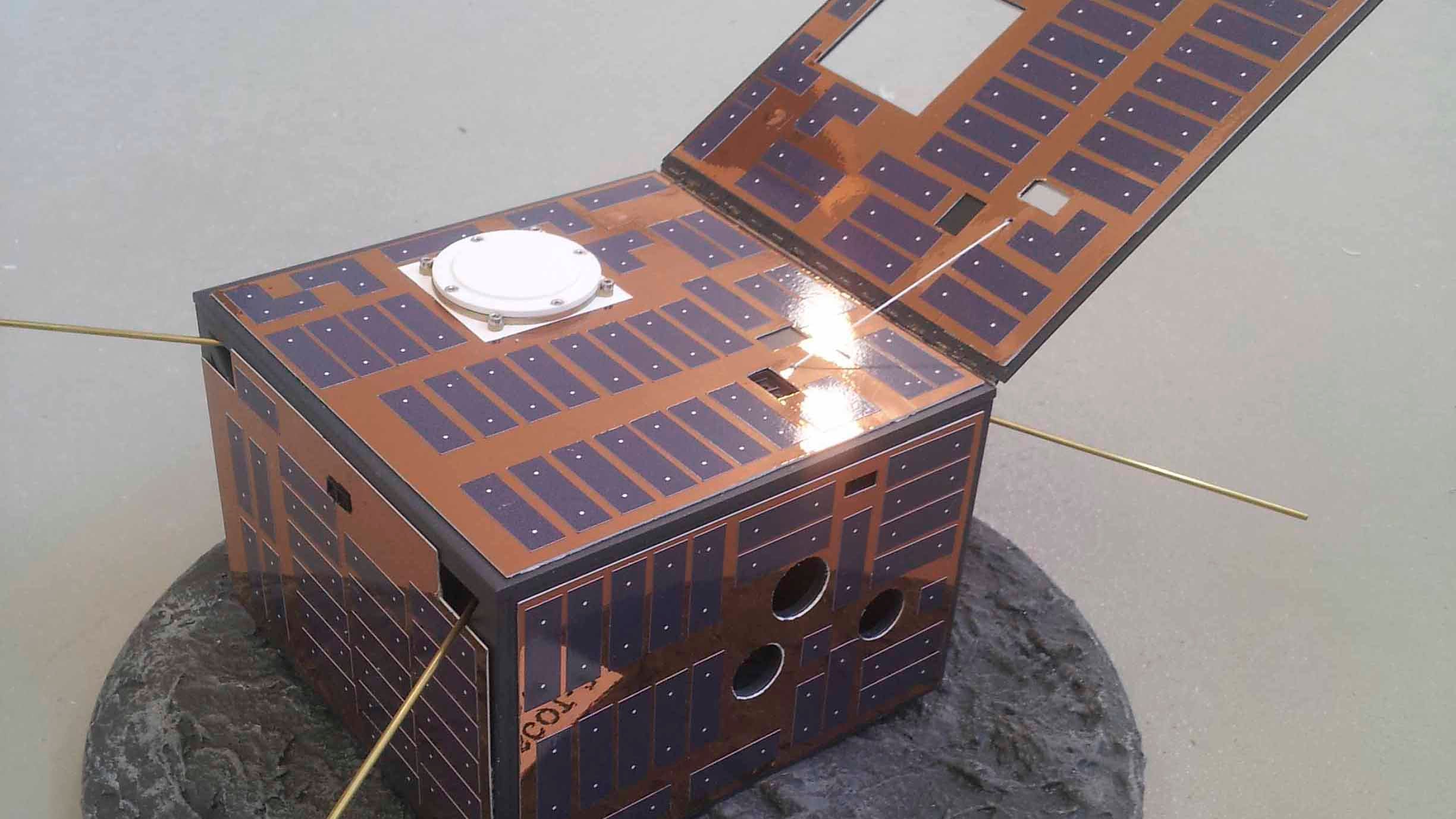 You're looking at a half-scale model of the European Space Agency's appropriately adorable-sounding Mascot-2 asteroid lander. Come 2022, a device like this will give us an unprecedented glimpse into what it's like on an asteroid. Image: ESA

The space agency's plan is for the Mascot-2 microlander to be released from a spacecraft called AIM in six years time. The aim is for the little-cube-that-can to be dropped on to Didymoon — a tiny 180m asteroid which orbits the larger 900m Didymos asteroid.

Mascot-2 will only weigh about 14kg, but it will be equipped with low-frequency radar, cameras and thermal imaging systems to make sense of its surroundings. Data will be beamed to the AIM mothership, then back to Earth for analysis.

The team behind the craft has clearly learned from the recent Rosetta mission, which saw the asteroid lander Philae come to an untimely end. If Mascot-2 lands somewhere dark, it will use a sprung "mobility mechanism" to hop to a new location, so that it can use its solar panels to create much-needed electricity.

It's hoped that the hardware will record data for at least several weeks, if all goes to plan.