Why On Earth Are Saturn’s Rings Crossing Each Other? 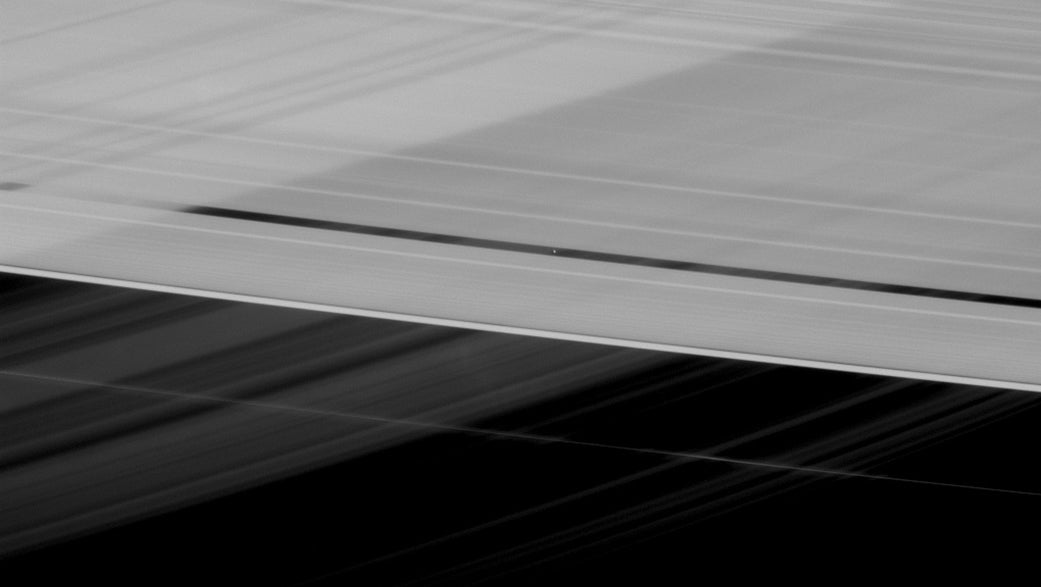 Image Cache: If this feels like an optical illusion, your Saturn sense is dead on. The gas giant’s rings don’t crisscross at 90 degree angles. They do, however, cast shadows, a fact which the latest shot from the Cassini spacecraft illustrates beautifully.

Cassini took this image on 11 February 2016, while gazing toward the sunlit side of Saturn’s rings from about 14 degrees above the ring plane. In the foreground, a portion of the A-ring and the Cassini division (a large ring gap) come toward the observer. At points the ring appears to be crisscrossed by another, but this is simply a ring shadow. To backdrop it all, we’ve got the glorious disk of Saturn itself.

I have to say, I’m going to be very sad when Cassini makes its suicide plunge into Saturn’s atmosphere next year and we’re no longer receiving these lovely space portraits on the regular. NASA’s upcoming mission to Jupiter has big shoes to fill.