When Things Go Viral And Everybody Wins 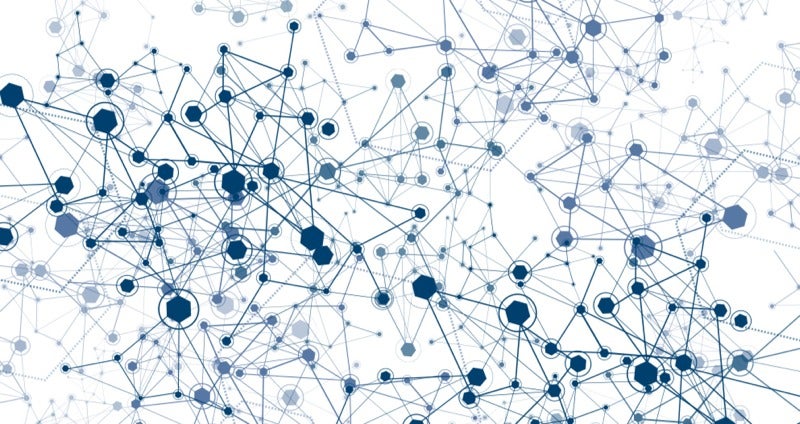 An intrepid team of postdocs at the Santa Fe Institute pulled off a hell of a feat last week. They gleaned some useful insights into how fads, technology and new words spread rapidly throughout the population — even faster than a deadly virus. And they did it all in just 72 hours.

The research project looked at how so-called “beneficial epidemics” operate. We’re used to hearing about the bad kind of epidemics: dengue fever sweeping through a community or a nasty computer virus spreading like wildfire across the internet. A beneficial epidemic, on the other hand, is the rapid spread of something good, like a hot new technological innovation, a virus that helps a host survive or even the adoption of new words and phrases. To quote a famous Mean Girls scene, how do you, like, make “fetch” happen? (“Fetch” is a new slang term that one of the girls in the movie tries to turn into a real thing.) 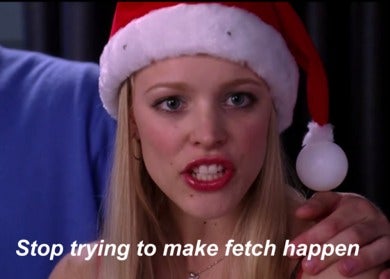 The SFI postdocs ran computer simulations and found that the most marked feature of a beneficial epidemic is its remarkably rapid growth rate. The strongest beneficial epidemics spread super-exponentially. So it would seem that good things can be rather contagious — even more so, it seems, than harmful epidemics.

In one simulated scenario, the team divided their pretend population into three distinct types: “evangelicals”, “cool kids” and “snobs”.

Evangelicals are the hardcore true believers. When they become “infected” by something — a new religion, yes, as the name implies, but also a political cause, or maybe they just feel very strongly that everyone on the planet should be watching Game of Thrones — they seek to convert everyone en masse. For them, the greatest benefit lies in spreading that beneficial thing to as many people as possible, and thanks in part to their enthusiastic zealotry, it will spread super-exponentially.

Cool kids and snobs are a bit more selective. Think high school cliques and fads. The cool kids only want to connect with other people who already share their enthusiasm for, say, a hip new hangout, shunning anyone who doesn’t know (or simply doesn’t care) about the place. In the postdocs’ words, they only want to hang out with those who have been similarly “infected”; unlike the evangelicals, they don’t want just anyone to share the joy. As for the snobs — well, they also only want to connect with their own kind, except they’re even more exclusive about who they let join their rarefied ranks. 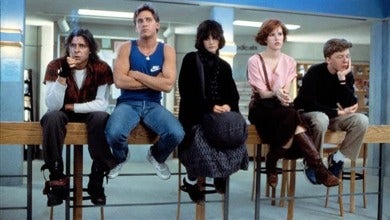 The downside is that both these approaches actually slow down or halt the spread of a beneficial epidemic, much like Mean Girls‘ Regina George shot down her friend’s idea for a new slang term. If you want your beneficial thing to catch on, the trick is to be as welcoming as possible. Closing ranks to any outsiders means that “fetch” may never happen.

Computer models are a great starting point for research like this, but the postdocs wanted to test those conclusions by looking at how this works for real. So they used Google NGram to study the emergence of 48 words or phrases. This included slang like “chillax”, “gangsta” and “swank”; words relevant to our technologically driven lives, like “Facebook”, “personal computer” and “laptop;” as well as highly specialised words like “proteomics”, “retrovirus” and “microbiome”.

The result: as you might expect, very useful and popular words spread much more rapidly than more specialised words with comparatively limited use. When a new word or phrase finds its way into our collective lexicon, it follows a three-phase trajectory: an explosive, super-exponential growth phase, followed by a somewhat slower transition phase, until the word or phrase hits saturation in the population.

Bear in mind that this is a draft paper, produced in just 72 hours, that has yet to undergo revisions and peer review. That makes it even more impressive, given the usual long time scale of scientific research. As the postdocs wrote in their pre-experiment agreement (included as an appendix to the paper), they were keen to test the limits of how modern science gets done:

For most projects that we work on as postdocs, science moves slowly. Research takes months or years to evolve from early-stage ideas to coherent and crisp findings, with additional months of writing before submitting work for publication. During the 72 Hours of Science, we will actively challenge the notion that this is the only timescale for science by going from idea to submitted arXiv post in only 72 hours.

The feat made for a gruelling three days, even with everyone taking on multiple roles. The clock started ticking at noon on April 4, and by noon on April 7, the postdocs had successfully submitted their arXiv paper. In between, they collectively chose what project they would investigate, developed a game plan, assigned everyone tasks, completed those tasks, analysed the results and wrote the paper. Then, I presume, they collapsed in exhaustion, hopefully not before swigging down a few celebratory beers.

Here’s hoping there will be more forays into 72 Hours of Science in the future.