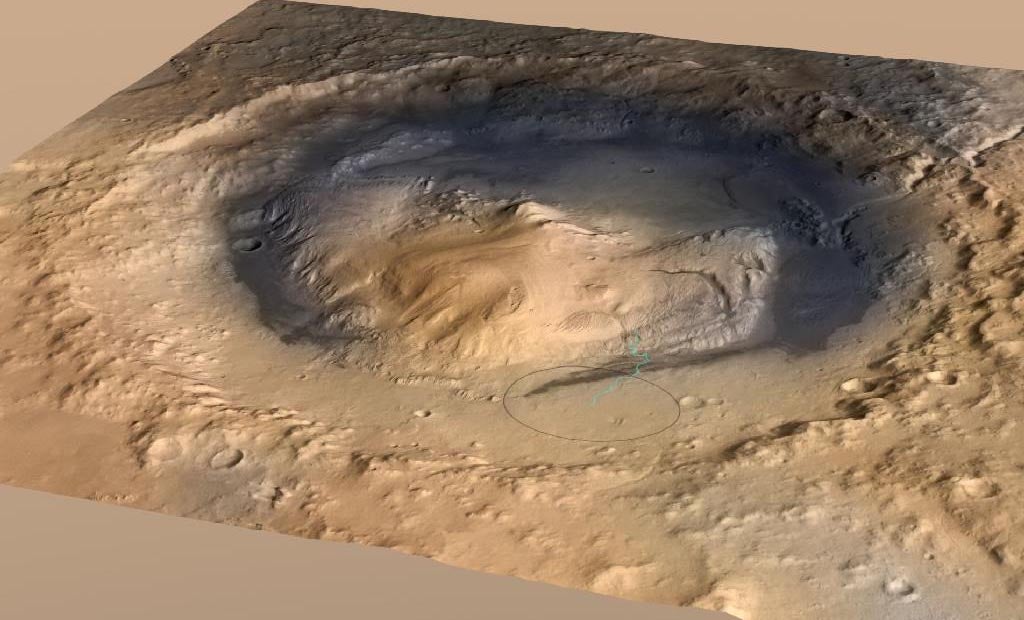 For forty years, astronomers have puzzled over the kilometres-high mounds rising from of the centres of Martian craters. Scientists have finally pieced together an origin story for the weird geologic pimples — and it reveals a critical moment in the Red Planet’s history.

The mounds were sculpted by wind, following a shift in Mars’ climate that caused all the liquid water to dry up 3.7 billion years ago. That’s according to Mackenzie Day, a graduate student at the University of Texas at Austin, who led a clever new study to recreate the formation of the mysterious features and examine their distribution across Mars. Her work highlights how the shapes and patterns we observe on the Red Planet’s surface can help us peer deep into the geologic past.

“On Mars there are no plate tectonics, and there’s no liquid water, so you don’t have anything to overprint that signature and over billions of years you get these mounds,” Day said in a statement. “Wind could never do this on Earth because water acts so much faster, and tectonics act so much faster.”

To do so, she built a miniature, 30cm-wide “crater”, filled it with damp sand, stuck it in a wind tunnel, and watched what happened. Over time, her model was able to perfectly reproduce the mounds we see in Martian craters today, including the crescent-shaped moats that form around crater edges.

Mars used to be a much wetter planet, perhaps covered in oceans of liquid water. By studying the location of more than 30 actual mounds, Day concluded that the transition from a wet to dry climate which led to their formation occurred nearly four billion years ago during the “Noachian” period. As scientists continue to study the mounds, we can expect to learn more about how Mars became a barren wasteland long ago.

Personally, I just think it’s awesome that the 5km-high mountain in Gale crater is basically a giant, compressed sand dune. As Day noted, something like that could never happen on Earth.