Wait, What? Obi-Wan Kenobi Wasn’t Going To Die In A New Hope 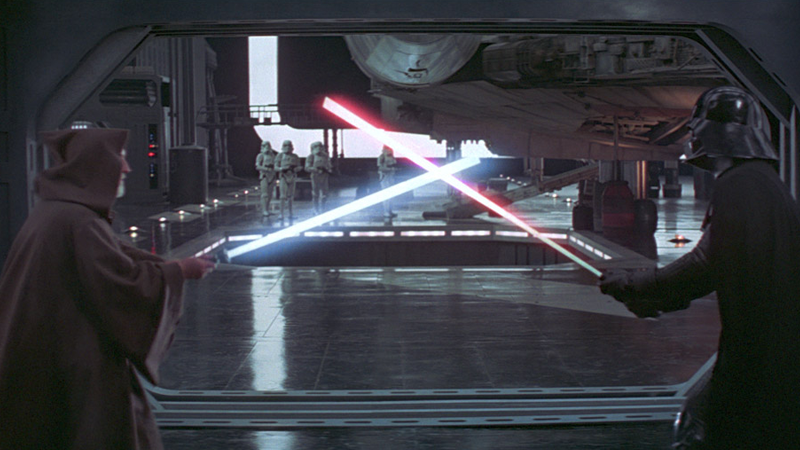 Obi-Wan Kenobi being struck down — and becoming more powerful than we could possibly imagine — is a defining moment in the Star Wars saga. It informs so much of Luke’s journey from farmhand to Jedi Knight. It’s a chapter in the tragic tale of Anakin Skywalker. But in the initial script, it wasn’t going to happen.

Chewbacca actor Peter Mayhew has spent the last few months tweeting out pages from his original copy of the Star Wars shooting script, and it’s been a delight to see all the little differences — or to get the final word on the fact that Han Solo did indeed shoot first. But his latest script page tweet reveals a bizarre almost-taken path, that would have seen Obi-Wan live beyond the climactic duel with his former Padawan aboard the Death Star.

#chewscript 027 Obi-wan lives through his fight with Vader. Check it out. @starwars pic.twitter.com/Mrt7SaT3Qc

Here’s the full page featuring Obi-Wan’s survival — and Luke lunging into the fray with his own lightsaber to help Obi-Wan cut down a sea of Stormtroopers before they make their escape:

Also interesting to note: In the pages covering the duel, Vader is described being a Sith — a word never uttered in the Star Wars movies until the prequel trilogy.

Obviously, Lucas decided to tweak this outcome — and forever change the Star Wars saga as we know it today. But what might have been, if Obi-Wan had survived beyond the first film?