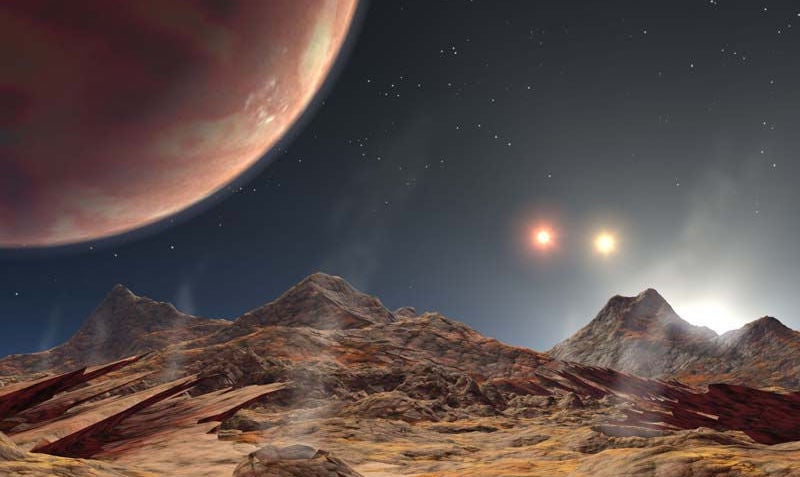 Newly-discovered planet KELT-4Ab has three suns — but that triple-solar view isn’t the only weird thing you’d see happen overhead. Not by a long shot.

The details of the discovery of this triple sun planet were published in the Astronomical Journal. We talked to the lead author of the paper Jason Eastman of the Harvard-Smithsonian Center for Astrophysics to find out a little more about how those three suns would move in the sky.

He sketched out a timeline for what that might look like, both over a few days or thousands of years:

Although unusual, though, KELT-4Ab is not the only triple-sunned planet to be discovered. Other triple star systems, like HD 1885 Ab pictured above, also have similar skies. So what makes this one so worth keeping an eye on? The other systems that have been discovered have been much further away, this one, however, is just 210 parsecs away — and that gives us an opportunity to learn more about how triple-sun systems form in the first place.

“Because it’s so close,” says Eastman, “we can visually study the orbits of all three stars and learn more about this poorly understood process to understand what role it may play in the formation and evolution of planets.”