These Creepy Tunnels Are Where Churchill Hid From Nazi Bombs 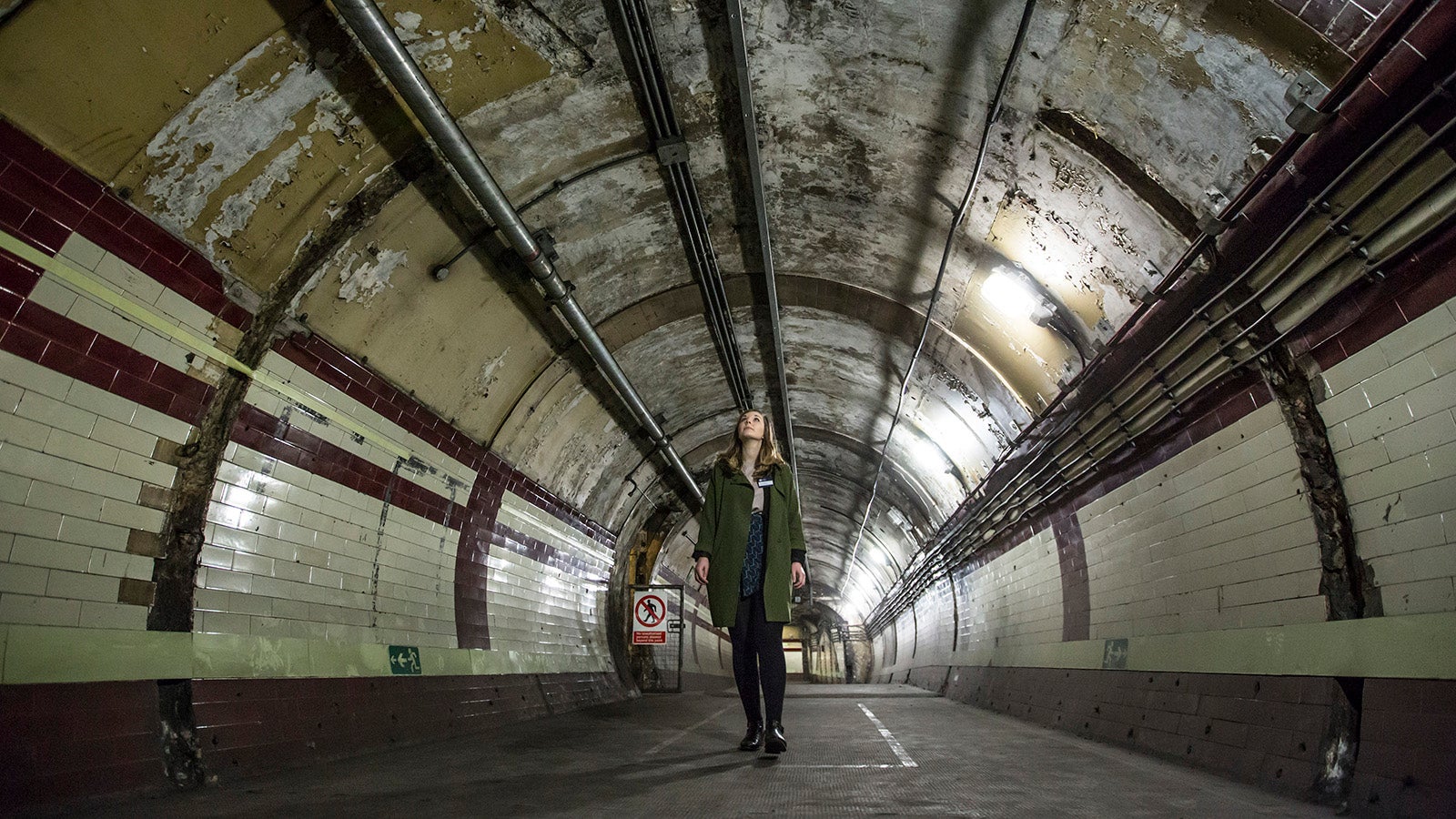 The lifespan of Down Street as a tube station actually lasted less than three decades. The station opened in 1907, when the underground lines were electrified, and closed in 1932 after London Underground authorities decided that it wasn’t used enough. Seven years later, on the eve of the war, Down Street was transformed into a bomb shelter for the Railway Executive Committee and, later, Prime Minister Winston Churchill himself. He called it “The Barn”.

Beginning May 7, the London Transport Museum will be giving guided tours deep down into the disused Down Street Tube station as part of their new ‘Hidden London’ season. The Museum will also run tours into the abandoned labyrinth of tunnels under Euston station, Clapham South’s deep-level Second World War bunker, as well as the London Underground’s former headquarters at 55 Broadway near St James’ Park.

If you happen to be in London this year, you should not miss the chance to explore these spaces. (You can buy tickets online starting April 20.) If not, the photos below may give you a chilly glimpse at what was it like to spend days or weeks in 1940, during the Blitz, listening to the murmur of the Nazi bombs.

The spiral staircase down into the underground bunker. Photo: Dan Kitwood/Getty Images.

What decades of decay do to the tiles. Photo: Dan Kitwood/Getty Images.

Another look at spiral stairway that connects the surface and the underground shelter. Photo: Dan Kitwood/Getty Images.

A view of walkway into the station. Photo: Dan Kitwood/Getty Images.

A map on a wall showing the location of the bunker. Photo: Dan Kitwood/Getty Images.

A door between the tunnel and tracks. Photo: Dan Kitwood/Getty Images.