The Guest Director’s Manga Adaptation, Death Note, Will Now Be A Netflix Production 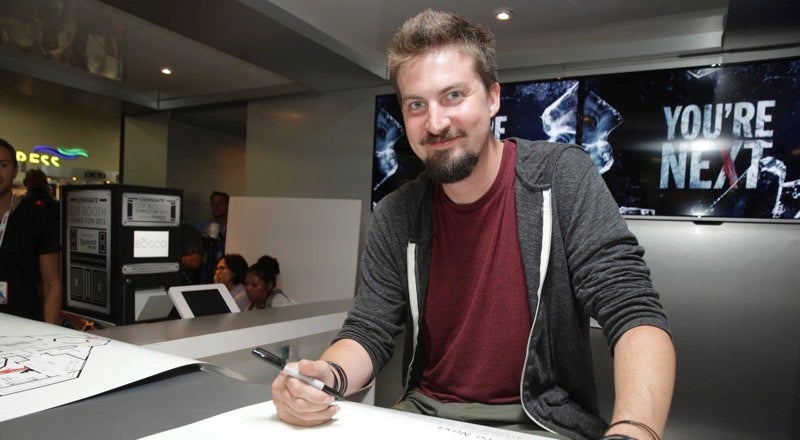 Director Adam Wingard has been one to watch for years, with works like cult horror You’re Next and thriller The Guest, which boldly cast Downton Abbey heartthrob Dan Stevens way against type as a psychopath. His next film may reach an even bigger audience, now that it’s likely headed to Netflix instead of theatres.

Death Note, a manga adaptation (already an anime series, a video game and a live-action film series in Japan), was originally going to be made at Warner Bros. Instead, it will be shepherded by Netflix, which stepped in when the original studio pulled out shortly before production began.

The Wrap, which broke the news of the Netflix move, notes that Paper Towns‘ Nat Wolff and The Leftovers‘ Margaret Qualley will star. Plus:

Netflix also intends to cast its “War Machine” star Keith Stanfield, though he does not have an official offer, as the streaming service hasn’t closed its deal to acquire the project yet.

Wolff will play a student who discovers a supernatural notebook that allows him to kill anyone simply by writing their name. A cat-and-mouse game ensues when he’s tracked by a reclusive police officer.

The Wrap suggests that Warner Bros’ departure from Death Note is tied to the studio’s recent announcement that it will be making fewer films, for reasons we can’t possibly fathom.