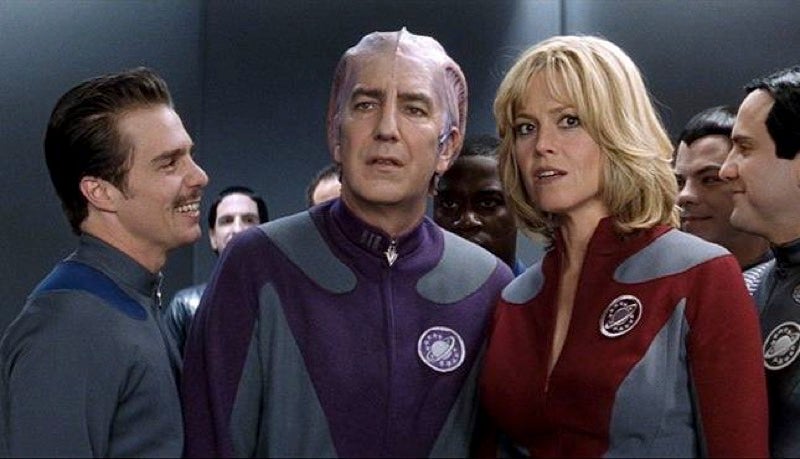 We were already mourning the death of beloved actor Alan Rickman before we heard this news, which just makes us miss him even more: the Galaxy Quest sequel that was in the works at Amazon may have been scrapped, now that one of the most important cast members is gone.

This news came during an interview on the Nerdist podcast with Sam “Guy Fleegman” Rockwell. Rockwell, who starred in the 1999 cult science fiction comedy with Rickman, Sigourney Weaver, Tim Allen and Tony Shalhoub, says the most of the original cast was close to signing on for part two before Rickman’s death from cancer in January.

As the Guardian quotes Rockwell:

We were ready to sign up, and [then] Alan Rickman passed away and Tim Allen wasn’t available — he has a show — and everybody’s schedule was all weird. It was going to shoot, like, right now. And how do you fill that void of Alan Rickman? That’s a hard void to fill.

A hard void indeed. Rickman’s final film credit is upcoming fantasy sequel Alice Through the Looking Glass, in which he (and his distinctive voice) reprises his role as the animated Blue Caterpillar.