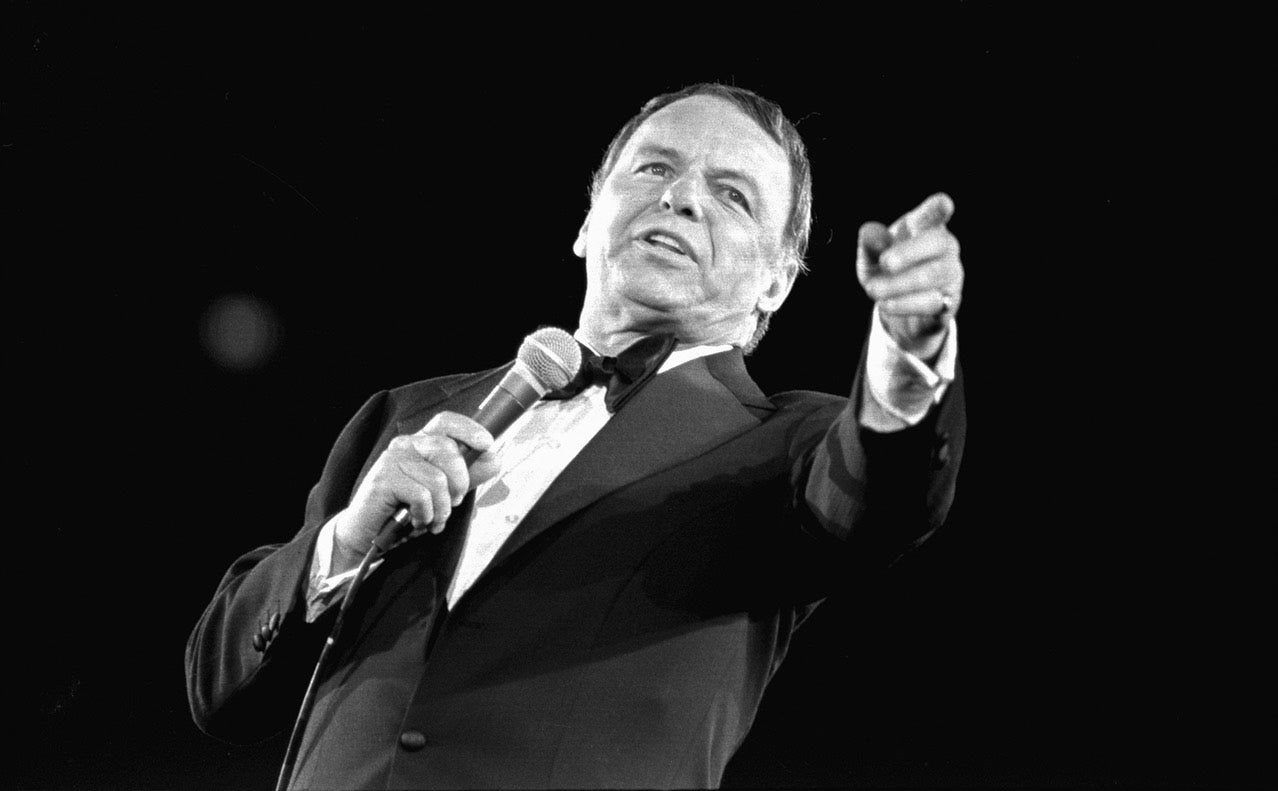 Yesterday Johnny Depp and his wife Amber Heard posted a bizarre apology video to Australia for not declaring their dogs when they brought them into the country. They were in violation of biosecurity laws and faced prison time. But this isn’t the first time that the land down under has been hostile to American entertainers who don’t show enough respect for Australia. In 1974 the country literally threatened to hold Frank Sinatra hostage.

Frank Sinatra landed in Australia on 9 July 1974 and wasn’t too excited about giving interviews to the press. In response, Australian newspapers started writing negative articles about his alleged mob ties. So after his first song at his first concert in Melbourne, he tore into the journalists, calling them pimps and hookers, with some particularly sexist language just for good measure.

“We’ve been having a marvellous time, being chased around the country for three days,” Sinatra said on stage. “You know, we have a name in the States for their counterparts, they’re called parasites, because they take and take and take and never give.”

“I don’t care what you say about any press in the world, they’re bums and they’re always going to be bums — every one of them,” Sinatra continued.

“It’s the scandal-man that really bugs you, drives you crazy — this two-bit work that they do. They’re pimps, they’re just crazy and the broads who work in the press are the hookers of the press. Need I explain that to you? I might offer them a buck and a half. I’m not sure. I once gave a chick in Washington two dollars and I overpaid her, I found out.”

This, as you can imagine, didn’t go over well in Australia.

Miriam Kleiman, Program Director for Public Affairs at the US National Archives, has a new blog post detailing the “Frank Sinatra Brouhaha”. Kleiman dug up diplomatic cables currently in the National Archives showing just how bad things got.

The union representing Australian journalists demanded an apology the day after his remarks, but Sinatra more or less told them to piss off.

So… yeah. Sinatra didn’t have many options.

“If you don’t apologise your stay in this country could be indefinite. You won’t be allowed to leave Australia unless you can walk on water,” Hawke told Sinatra.

Sinatra’s lawyer and US diplomat Norman Hannah had to meet with 30 union representatives where they negotiated for over four hours. In the end, Sinatra had to issue an apology.

“A funny thing happened in Australia,” Sinatra told an audience after getting back to New York. “I made a mistake and got off the plane.”