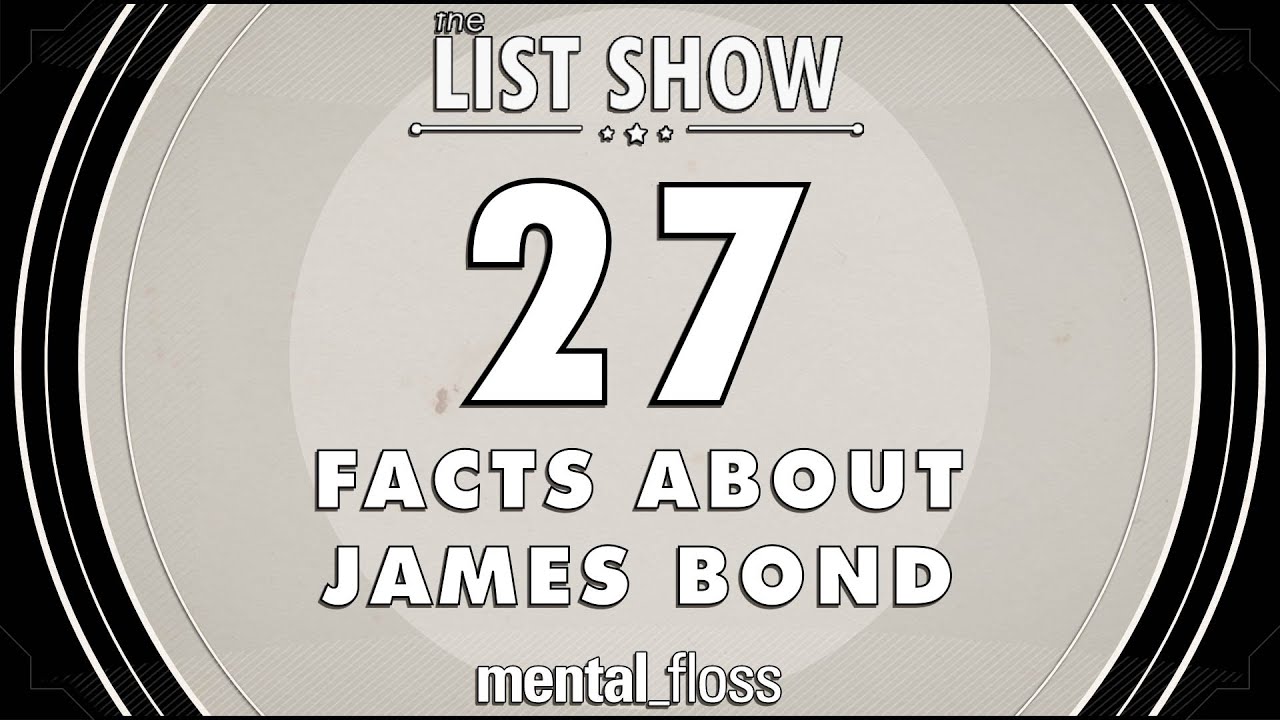 So you think you know everything about James Bond? No? Well, that’s fair enough. Even if you were Ian Fleming himself I’d have questions, the first being “How did you get out of your coffin?” Anyway, let’s move away from the necromancy, to the romance of Bond, James Bond… and a bunch of things you probably didn’t know about the pop culture icon.

In the video above, Metal Floss’ Elliott Morgan takes us through 27 informative tidbits about Bond, including the fact the fifth incarnation of Bond, Pierce Brosnan, couldn’t wear a tuxedo in other films thanks to his Bond contract.

For movie buffs, Charlie and the Chocolate Factory author Roald Dahl wrote the screenplay for You Only Live Twice, while Goldfinger’s Gert Fröbe, who played the titular antagonist, was dubbed by another actor due to his poor English skills.

On a more obvious note, loads of actors have been considered for the role of Bond over the years, though you may not have known that Dick Van Dyke and even Mel Gibson fall under this banner.

Check out the clip for more Bond-related factoids.