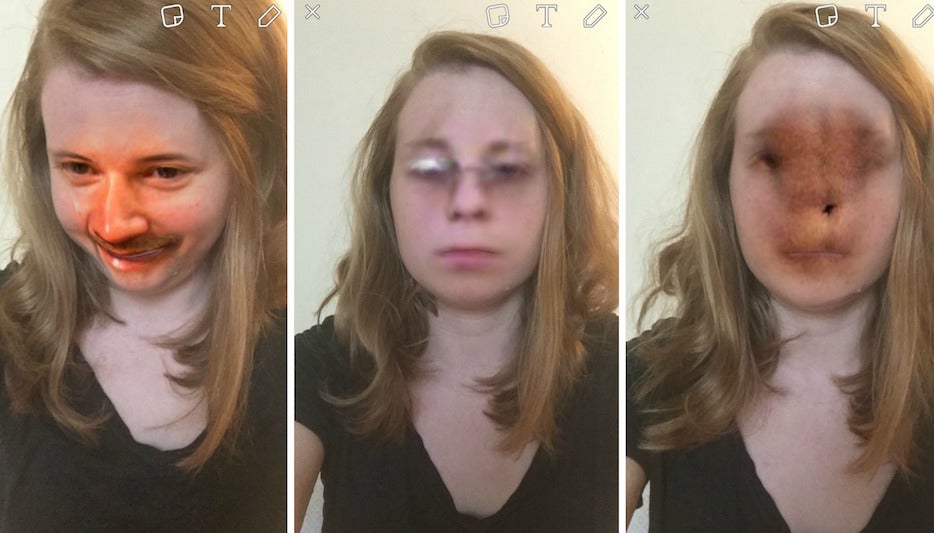 Snapchat just released an update for its face-swapping tool, that weird but admittedly amusing feature that lets you switch faces with whatever happens to be around you. Now, instead of “doing it live” as it were, you can swap faces with old photos in your camera roll.

“That’s boring,” you might be saying. Well, yes, on the surface, it’s a forgettable update to an already kind of juvenile feature. But have you looked through your phone’s camera roll lately? Because if you are anything like me, there is some shit in there. Some weird shit.

I have 3016 photos in my camera roll. I don’t remember taking most of them, and I would estimate that about 95 per cent of them are stupid. Which means they’re ripe for face-swapping. 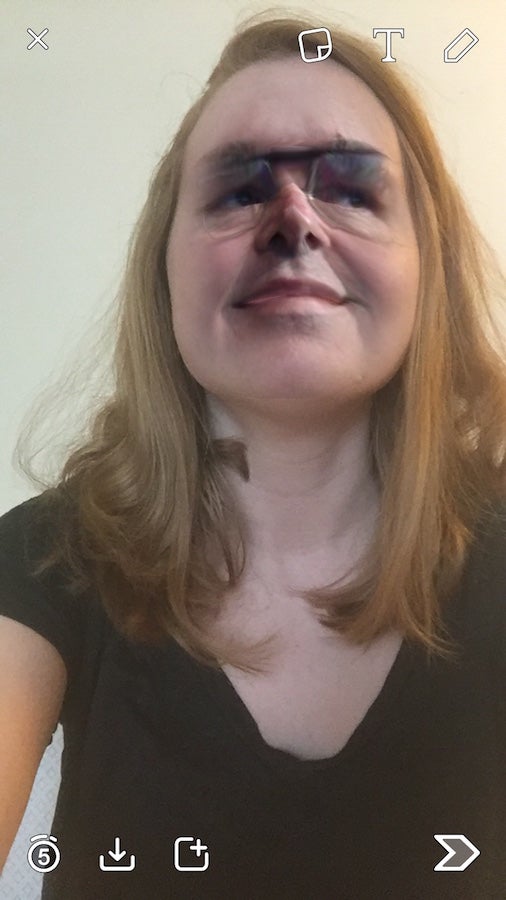 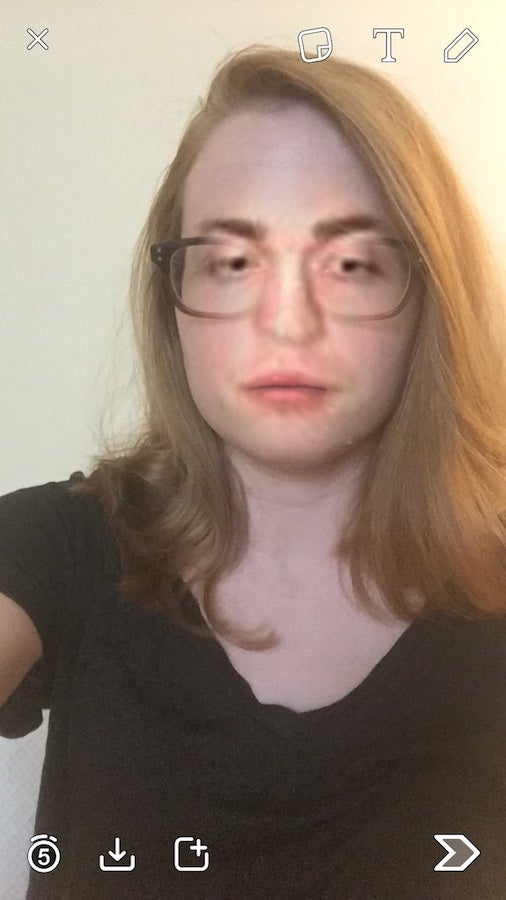 Beans from Even Stevens 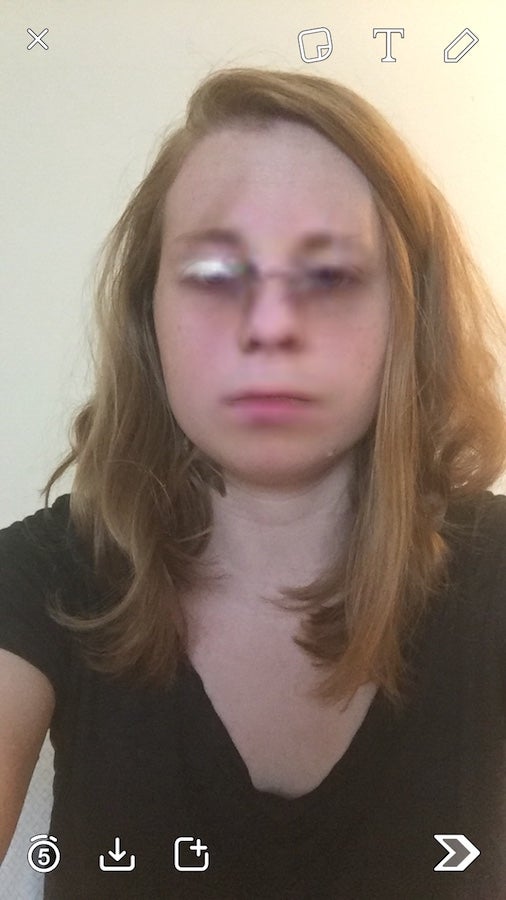 This one fits pretty well, which is disconcerting on multiple levels. 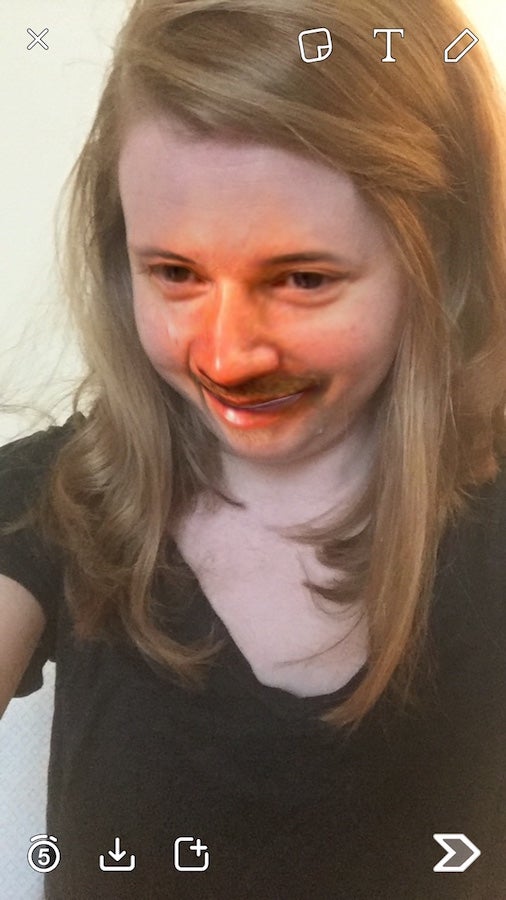 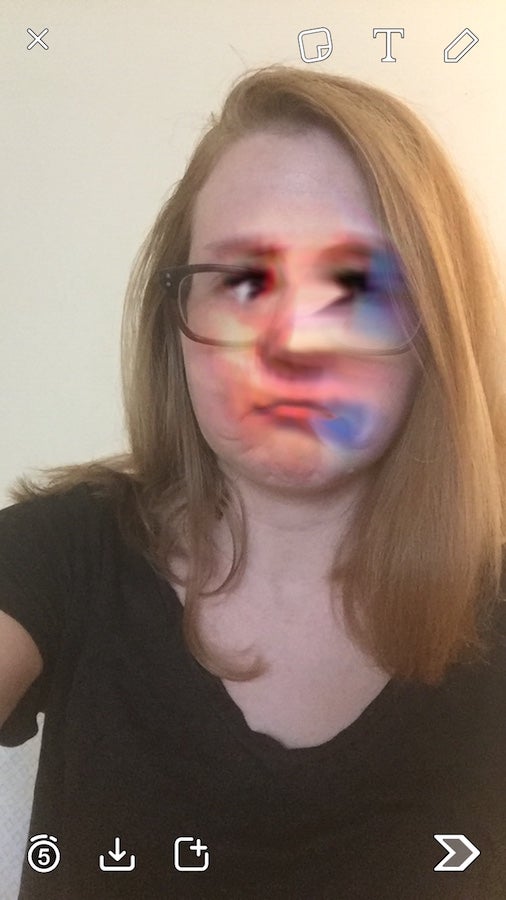 Me, about three weeks ago 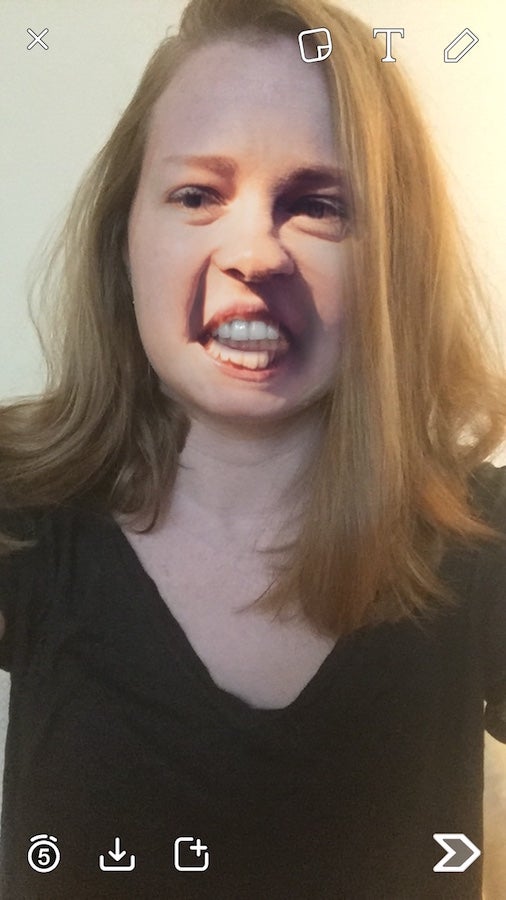 This is unexpectedly confusing. 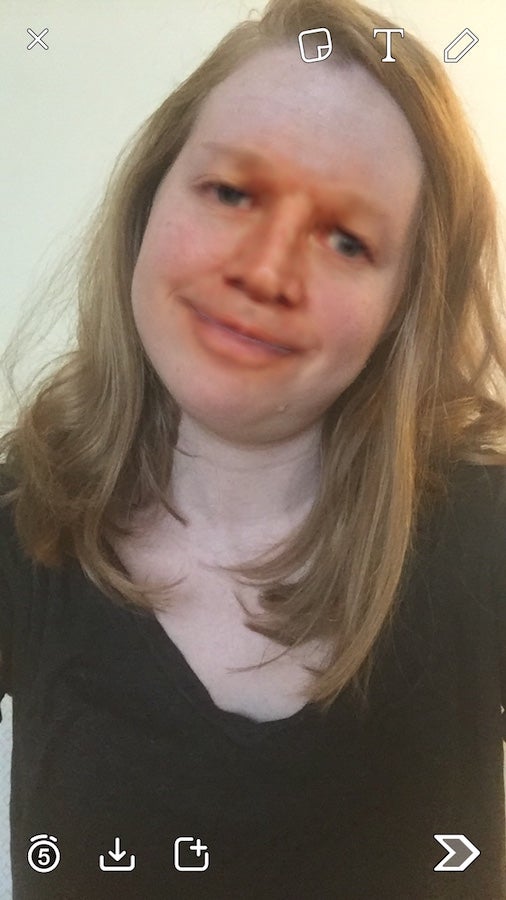 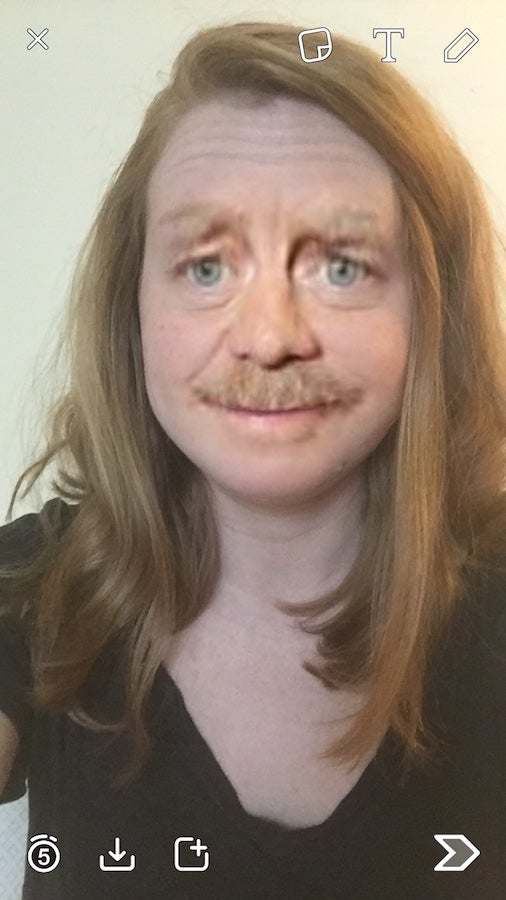 A great thing — perhaps the best thing — about this feature is that in addition to faces, it sometimes picks up on inanimate objects in your camera roll!

A can of Corona 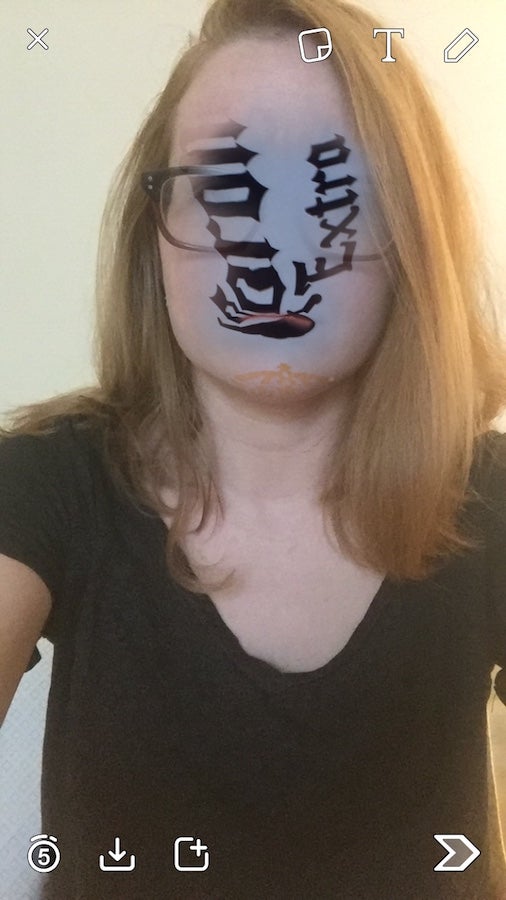 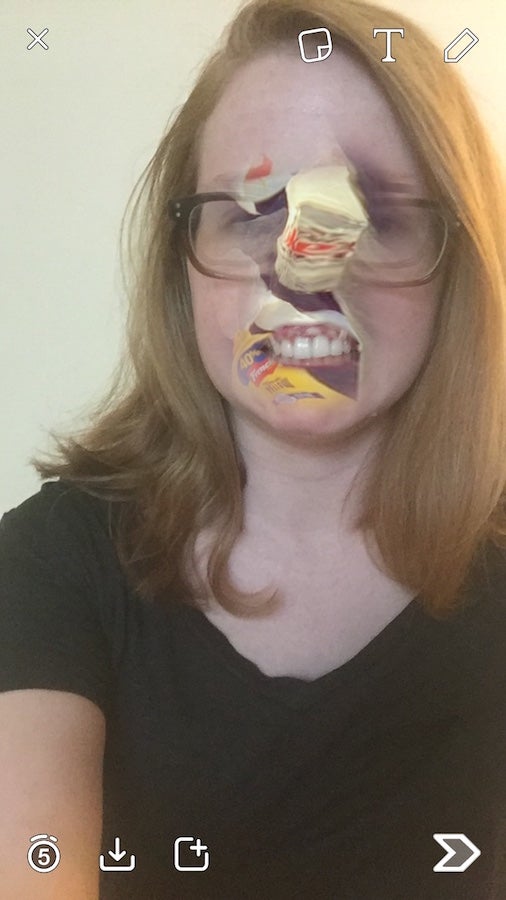 The abs of some guy I found on Tinder once 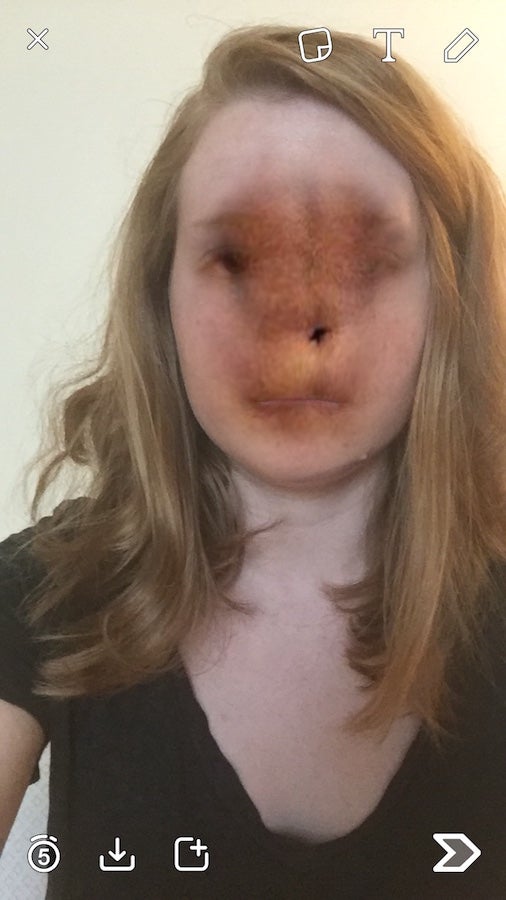 Happy face-swapping! Also, I need to delete some stuff on my camera roll.