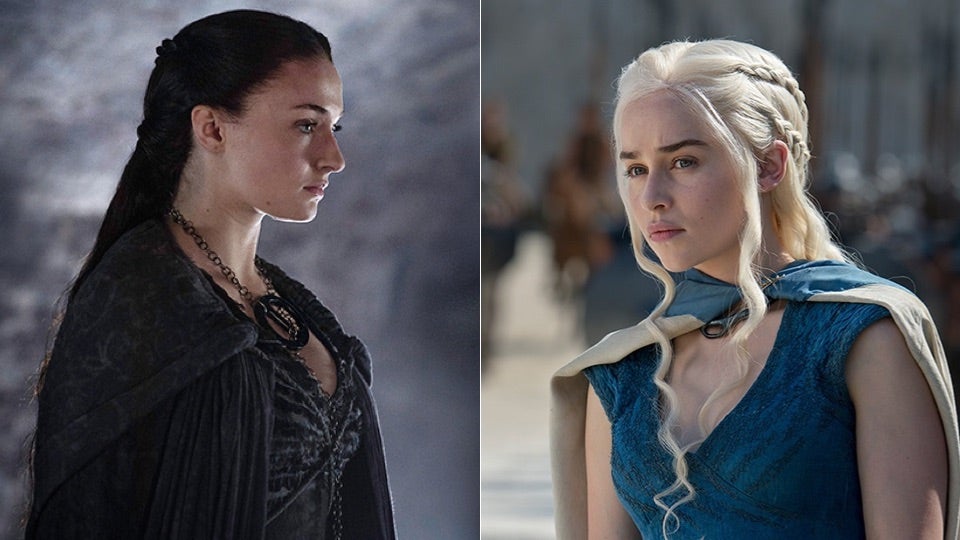 Whenever Game of Thrones ends, it’s safe to say that poor Tommen Baratheon won’t be sitting on the Iron Throne. The entire series (minus a few evil magical ice zombies) is about people jockeying to become the ruler of Westeros, with most signs pointing to the exiled Daenerys finally returning home and reclaiming the Seven Kingdoms for the Targaryens. While this may end up being the case, there’s another candidate I think the people of Westeros should consider — Sansa Stark. Here’s why.

By the time Daenerys was born, her father King Aerys was already dead, and Westeros was in the hands of the Targaryen-hating Robert Baratheon. She was forced to flee almost immediately to the Free Cities of Essos, where she grew up until she was effectively sold to Khal Drogo, became Khaleesi and started conquering other cities in Essos. She’s spent probably less than a year living in the country she wants to rule, and as a baby; she’s grown up living in nothing but the foreign lands of another continent.

Meanwhile, Sansa has never set foot outside of Westeros. It sounds like a strange boast to make, but this means Sansa knows its people. She’s grown up both in Winterfell, the Eyrie and King’s Landing, the last of which is Westeros’ most cosmopolitan city. Besides being a Stark, she’s met the Baratheons, the Lannisters, the Arryns, the Tyrells, the Greyjoys — most of the major houses of the country — and has first-hand experience with whether they are loyal subjects or horrible betraying murderers. Sansa knows the country, the people and the players. Daenerys does not.

Sansa has seen plenty of rulers in action

As a corollary to these first two points, it’s worth noting that as a member of House Stark, and then as a bride/hostage to the King in King’s Landing, she’s seen her father and various Lannisters rule Westeros (or parts of it). She’s seen just rulers like Ned, and horrible rulers like Joffrey, weak leaders like Lysa Arryn in the Eyrie, conniving leaders like Littlefinger, more subtly conniving leaders like the Tyrells and so on. In Essos, Daenerys had zero contact with any ruling class until she wed Khal Drogo and became Khaleesi to his band of horse barbarians, which at best is only tangentially equivalent to ruling the people of Westeros. And when she finally and very recently sat down on a throne to actually try to rule a location… well, we’ll get there in a second.

Obviously, seeing other people rule doesn’t necessarily make one equipped to rule, but it sure as hell is better than not seeing them. To put it simply, Sansa has lived all her life watching people rule in Westeros. Daenerys has not.

In Westeros, political dynasties matter. Your ancestral name can carry a lot of weight for both good and ill, and it can make a huge difference in how the people, both noble and peasant, perceive you. The Starks have had a pretty good rap as quiet, benevolent rulers of the North for several centuries, and it’s rare to find its people complaining about them. Granted, Ned and Robb Stark were both declared traitors to the crown and were executed/murdered, but since that was under the Baratheon/Lannister regime and no one likes them, very few non-Lannisters are going to hold that against Sansa.

Daenerys, on the other hand, is a Targaryen, who have ruled Westeros for nearly three centuries, and pretty much half of that time has been terrible. That’s because half of the time the Targaryens themselves are terrible. Ser Barristan Selmy tells Daenerys that former King Jaehaerys himself said that:

…madness and greatness are two sides of the same coin. Every time a Targaryen is born, the gods toss a coin in the air and the world holds its breath to see how it will land.

Seeing as the last Targaryen to sit on the Iron Throne had a bad habit of burning his subjects alive, very few people are going to be excited to put Daenerys on the throne, especially when…

Do you know who’s going to like that? No one. Not the ruling class, not the peasants, no one. No one wants to see a giant horde of horse-bound berserkers and the terrifyingly silent, emotionless death squad of Unsullied show up on Westerosi shores and wreak havoc in anyone’s name. If you think that the fictional peoples of Game of Thrones have any less prejudice about immigration policies than modern-day Australia, you are 100 per cent wrong, and that’s even if they weren’t being brought over to specifically kill the native-born soldiers of the houses opposing this sudden invasion. Even if Daenerys wins the throne through blood, virtually every single man, woman and child in Westeros will hate and fear her because of who she used to win it.

Meanwhile, if Sansa does have to raise an army for a similar purpose, you can bet it will be comprised of the Starks, her mothers’ family the Tullys, the Tyrells and all the other major, army-conscripting families who hate the Lannisters. The losing side won’t like it, but they will be a lot more likely to accept the new regime because they were beaten by people who look, talk and act like they do. Unless suddenly Westeros’ complete lack of racial prejudice is also a key fantasy element of the setting that the books and show have somehow failed to mention.

Daenerys is a demonstrably bad ruler

Let’s all admit the Mother of Dragons is really good at conquering places. She’s good at acquiring giant armies; she’s commanding loyal, smart troops and military leaders and any of the Free Cities she’s wanted to take she’s done so with relative ease. But conquering is not ruling, and the minute she sat down to try to rule Meereen for a bit — wisely realising she could use some more experience in this field — she has been terrible at it.

And I mean terrible. She overthrew the “Great Masters”, the previous ruling class, and freed the slaves, but it turns out that of the two groups, the Great Masters are the ones with resources they can devote to screwing up Daenerys’ reign. And they have! They started their Sons of the Harpy revolutionary group and have been butchering Daenerys’ troops in the streets. She attempts to cow them into submission by crucifying them, then by marrying one of them and even accommodating them by reopening the Fighting Pits, and they don’t care — they’re still so determined to oust her they staged a giant attack in the season five finale, and would have won had Drogon not decided to stop by. And all those slaves she freed? Well, they have actually been committing crimes (mostly on each other), because while Daenerys fed them and sheltered them, they still don’t have jobs.

Daenerys has tried to rule one city and has done nothing but mess it up. To be fair, Sansa does not have this experience… but neither does she have a track record of demonstrable failure. Given all her other advantages, it is unequivocally clear that the chances of her being a wise, just or at least semi-successful ruler of Westeros are significantly greater than Daenerys suddenly getting her act together. All hail Queen Sansa, first of her name!