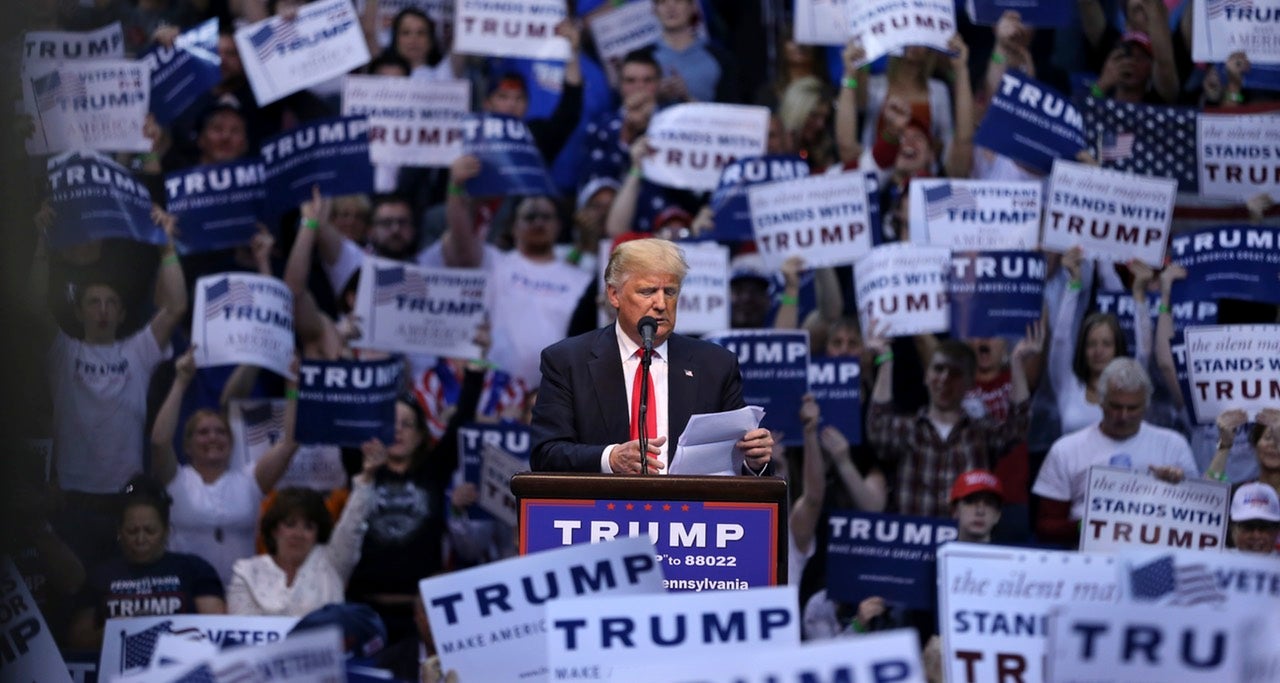 Tomorrow a group of anti-Trump activists will descend on Google’s headquarters in Mountain View, California to protest against the tech giant’s participation in the Republican National Convention this July. And Google isn’t the only tech company that plans to be there.

The protestors, all of whom are angry about Donald Trump’s misogyny and racism, plan to deliver a petition with reportedly 400,000 signatures. The petition was spearheaded by an advocacy group called ColorOfChange, and implores Google to pull out of the Republican Convention, despite the fact that it’s not yet clear precisely what Google will be doing there. Some are calling it a “sponsorship”, though the details thus far are vague.

As Politico notes, both Google and Microsoft have acknowledged that they will have “some presence” at the Republican Convention in Cleveland and the Democratic Convention in Philadelphia this winter.

“This is not about politics. It’s not about Democrats and Republicans, or the political left and right,” ColorOfChange Executive Director Rashad Robinson said in a statement. “From brutal verbal assaults on people of color to endorsing physical violence and intimidation of peaceful protestors, Donald Trump continues to contribute to a hostile cultural and media climate for people of color in this country.

“Trump’s stereotypical and violent rhetoric brings real life consequences for people and as long as companies keep financing platforms for Trump to push his race-baiting message, the number of violent attacks against minority groups and women will continue to grow.”

The New York Times explains that major corporations have had a presence at the major party conventions for decades, but companies like Apple and Google are currently reassessing their participation given the uniquely caustic nature of this US election cycle. Both Donald Trump and Hillary Clinton, each party’s presumptive nominees at this point, have some of the most unfavourable ratings ever seen in modern US politics.

“I have talked to several people at companies who have said, ‘I’ve always gone to the convention, I’ve always participated at some level, but this year we’re not putting it in our budget, we’re not going, we’re not going to sponsor any of the events going on’,” Carla Eudy, a Republican consultant, told the New York Times last month.

And it’s not just tech companies. ColorOfChange, the civil rights group that’s leading tomorrow’s protest, has also approached Coca-Cola about pulling sponsorship of the Republican convention. And with the current tenor of the political climate along with the potential for civic unrest, that might be a smart move.

“These companies have a choice right now, a history-making choice,” Robinson told the Times. “Do they want riots brought to us by Coca-Cola?”

In fairness, “riots brought to you by Apple” might lend some street cred to a company that’s been struggling with brand identity problems of late. Frankly if the Apple Watch had a pepper spray deflector it might be that product’s last hope.