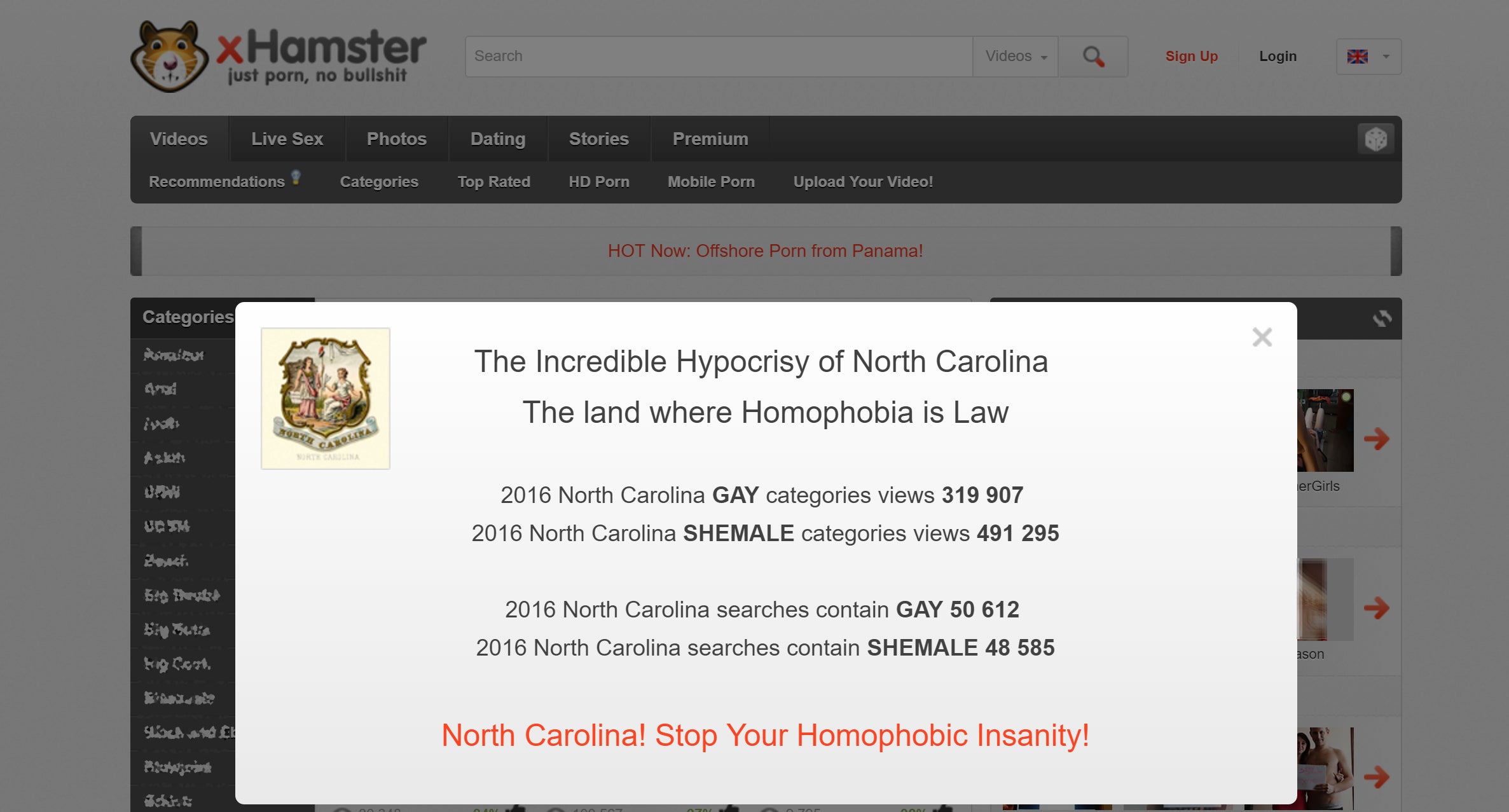 It was reported earlier that the site was blocking users from North Carolina altogether. Right now, it appears the site is instead serving users with an informative pop-up, protesting the state’s new law that force transgender people to use the restrooms corresponding to their gender at birth.