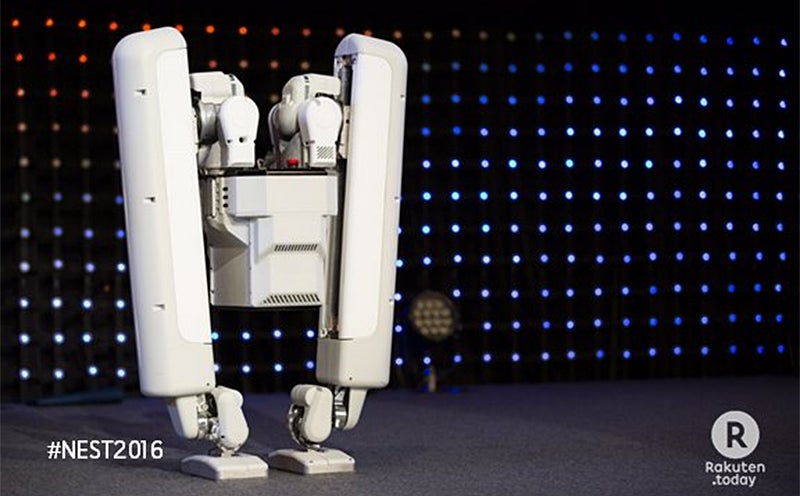 Getting a robot to balance and walk on two feet is a massive challenge, as the DARPA Challenge revealed. But it turns out it’s a little less tricky when you focus on just the legs, as the Alphabet-owned SCHAFT’s newest bipedal creation demonstrated by confidently walking out on stage at the New Economic Summit going on in Tokyo.

Until it’s revealed outside of the conference, we’ll have to settle with shaky smartphone footage of the demo reel SCHAFT played during its presentation. But the video shows the lab’s development of its latest bipedal robot, including the impressive progress it’s made when it comes to dealing with uneven terrain and random obstacles that would easily trip up other walking bots.

Details on what the new SCHAFT robot is capable of are slim at the moment, but apparently it’s designed to be low-cost and low-power. But the bot can still carry over 59kg, even while climbing stairs which is one of the greatest challenges of a bipedal bot. Now whether or not it can do all that with an upper torso remains to be seen, but for certain tasks, a pair of arms and a head aren’t actually completely necessary.