Look, A Bugatti Chiron Out In The Wild 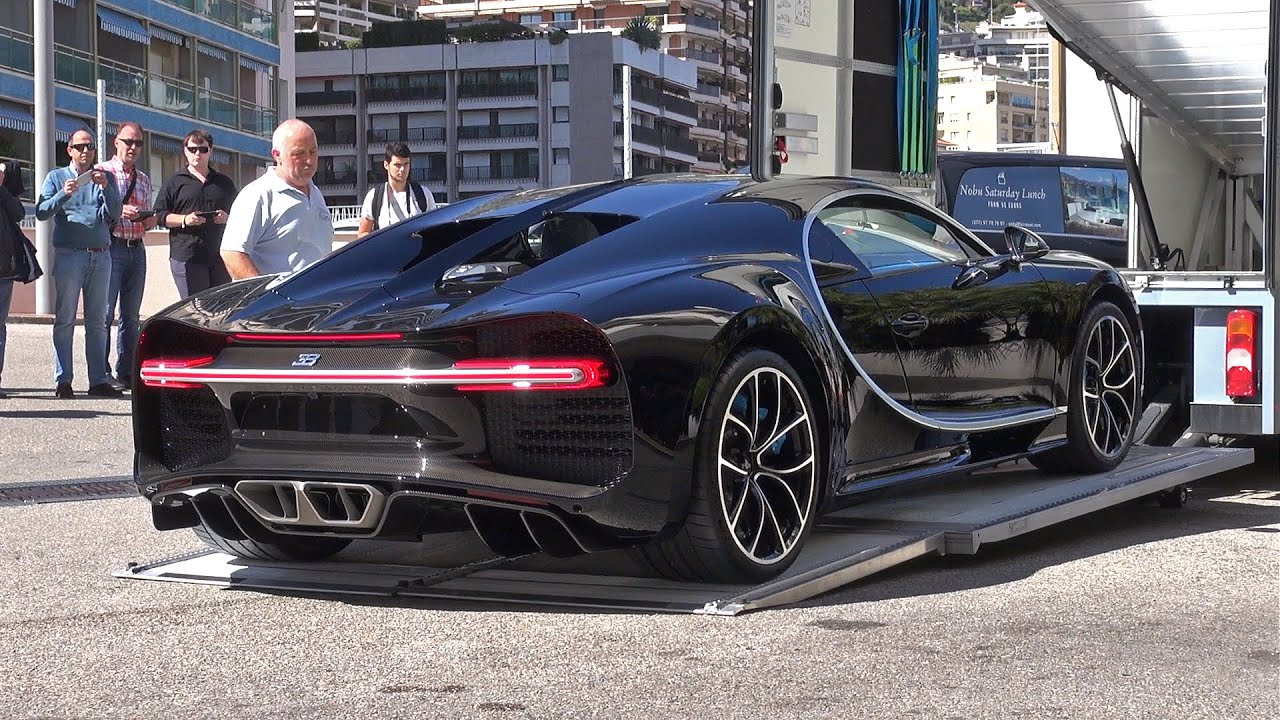 Video: First the Geneva Motor Show, now the rarefied air of Monaco: the first couple of places that the new Bugatti Chiron has popped up have been entirely unsurprising. This particular car drew its fair share of onlookers as it was dropped off at a luxury showroom in the world’s most exclusive city.

Bugatti has decided to produce significantly fewer Chirons than its Veyron predecessor, which probably goes some way to explaining why this black-on-black example was sharing a car carrier with a Veyron Super Sport Vitesse — itself a quad-turbo 8.0-litre W16 miracle of engineering.

Just look at those brake rotors on the Chiron, though. At 420mm, they’re bigger than the wheels and tyres on most small cars, and so they have to be to pull the 2000kg hypercar up from its 420km/h top speed. Want some more numbers? OK — 1500 horsepower, a limited 500-unit production run, and a $US2.6 million price tag. Wow.