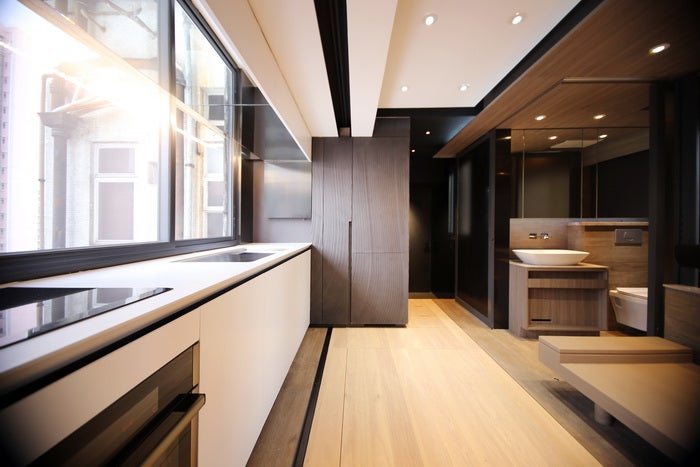 The phrase “micro-unit” conjures up all sorts of lifestyle tradeoffs, like Murphy beds, mini-fridges and toilets in the shower. This tasteful space has a bed that stays put, a full-sized kitchen and room for a bathtub, all in an area that’s a little under 30 square metres.

LAAB Architects designed the “Small Home Smart Home” for a Hong Kong couple who were determined to live in the densest, most expensive part of the city. However, they also wanted the following amenities: full kitchen, bathtub, home cinema, gym and, most critically, “cat-friendly spaces”.

In the end, the designers managed to cram all of this and more into 28.7 square metres, which is particularly admirable when you note the size of the bathroom. But the secret is that nearly every surface is able to transform, and even that bathtub plays quadruple-duty: it partitions off, allowing someone to shower while someone else uses the sink or toilet, converts into an extra seating area for the home cinema, or can even be used as a guest bedroom (they don’t sleep in the tub). 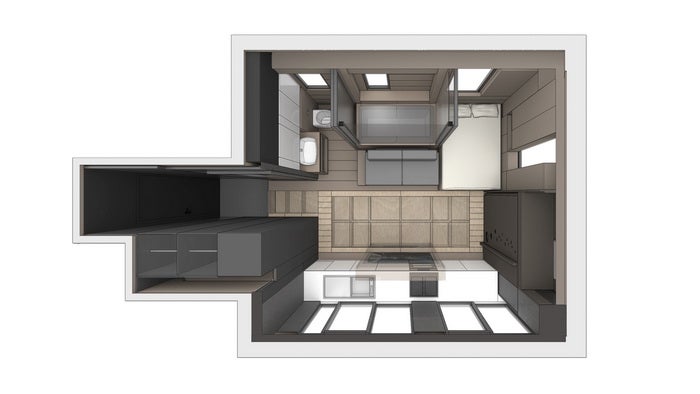 Micro-units are critical to housing more people in ever-crowding cities, and it’s great to see all these inspiring examples in the small space. But the real problem, at least in American and Australian cities, is that most zoning codes still do not allow apartments of this size. If the we want to get serious about solving our housing problems, we need to think small. 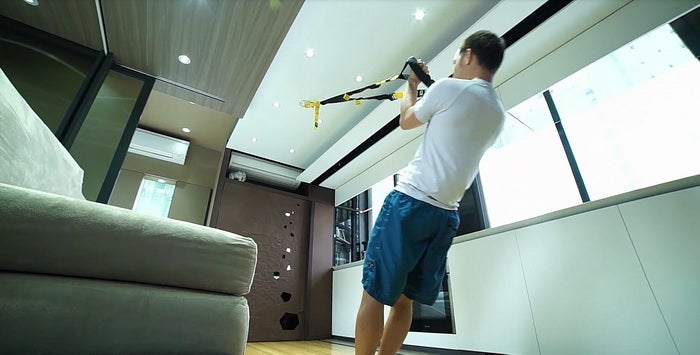 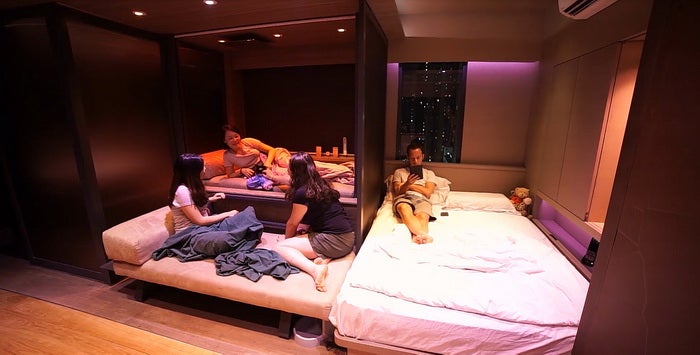 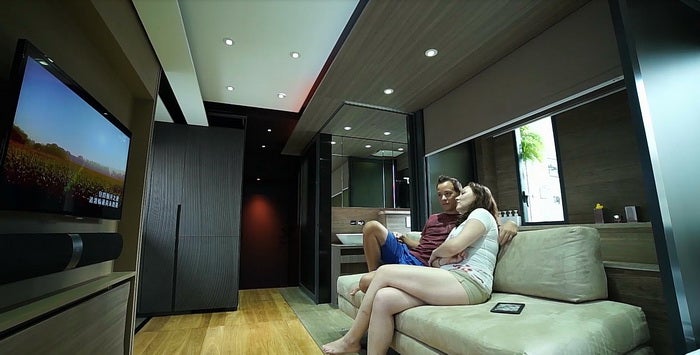 Chillin’ in the home cinema 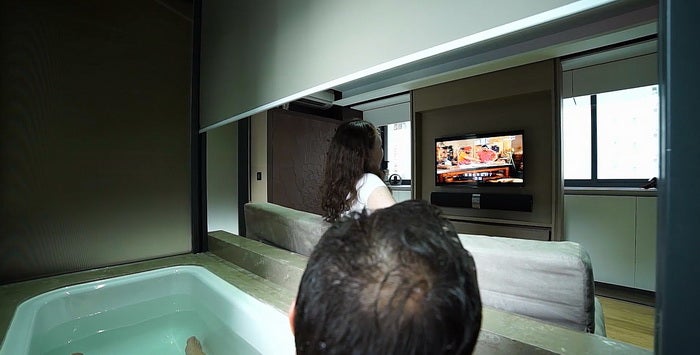 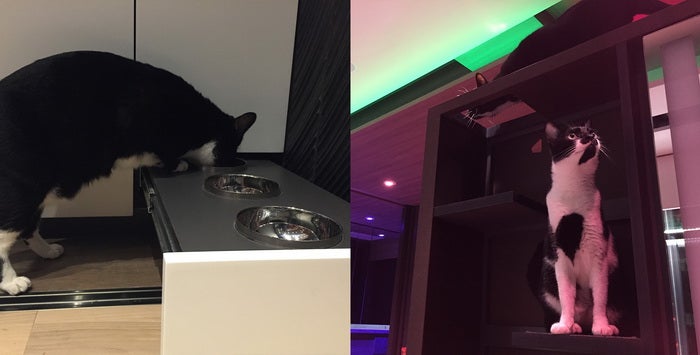 All images via LAAB, video by Sootage Visual