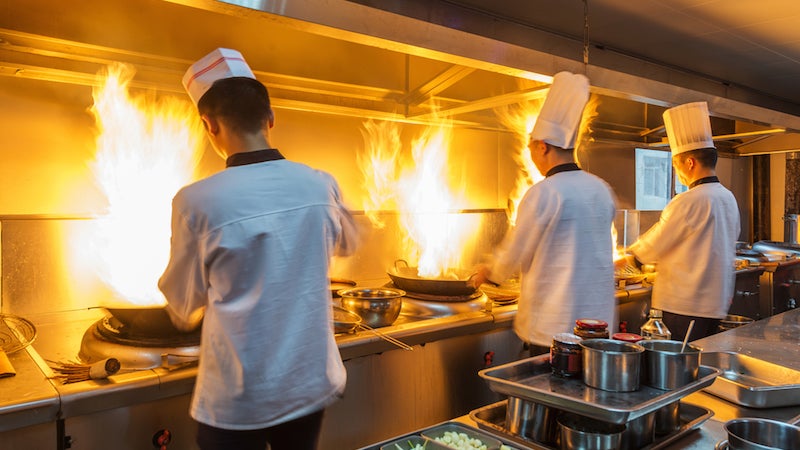 E. coli, salmonella and staph are the names we fear when it comes to nasty food-borne illnesses. Yet it’s norovirus that is, far and away, the most common cause of food poisoning. So why aren’t we more afraid of it?

Of the 48 million cases of food poisoning in the US a year, norovirus is responsible for more than five million of them. The closest competitor, salmonella, doesn’t even come close at just over one million cases. In Australia there are 1.8 million cases of norovirus annually. But despite norovirus’ dominance in foodborne illnesses, its existence barely registers for most people. That’s a problem when it comes to trying to reduce the number of cases.

Before a successful campaign against norovirus can be effective, researchers first have to convince people that it really is a major health issue. A new study out this week in PLOS ONE from researchers at Johns Hopkins University could finally shift that attitude.

It identifies not just the number of cases of norovirus, but also calculates just how much it costs in healthcare and absenteeism due to the illness: in the US an incredible $US64.5 billion a year. And only $US4.2 billion of that is cost of treatment. The remaining $US60.3 billion is due primarily to lost productivity.

But if the illness is so serious and costly, how does it manage to drift under the radar? Part of the problem may be that most people are unaware of it. So it doesn’t occur to them that their symptoms might be due to something more serious like norovirus unless those symptoms become very severe, and they don’t seek medical treatment.

“Norovirus has been around for a while. People tend latch on to what is new and overlook what has been right in front of them, even if what is front of them can be a serious problem,” senior author Bruce Y. Lee, a professor at Johns Hopkins University’s Bloomberg School of Public Health, told Gizmodo. “The disease is often underreported. People suffer in relative silence without getting tested. Some organisations or businesses may be reluctant to report norovirus cases because they think it may turn away customers.”

In fact, although hospitalisation rates for salmonella and norovirus are quite similar, people often don’t even know that they had norovirus, unless it was a very serious case. They go about their day as usual even when sick — and that makes the illness spread even faster.

The silver bullet to solving the problem would be a vaccine, but this has so far been elusive. Simply fostering a stronger commitment to preventing the illness could be a solid interim solution.

“Each year we see norovirus outbreaks that potentially could have been avoided or better contained,” Lee told Gizmodo. “For example, better hygiene, keeping employees who are sick at home, and improved food safety can prevent restaurant outbreaks. This in turn could have saved considerable productivity losses.”

So the more seriously we take norovirus as an illness, the better our chances of stopping it become.