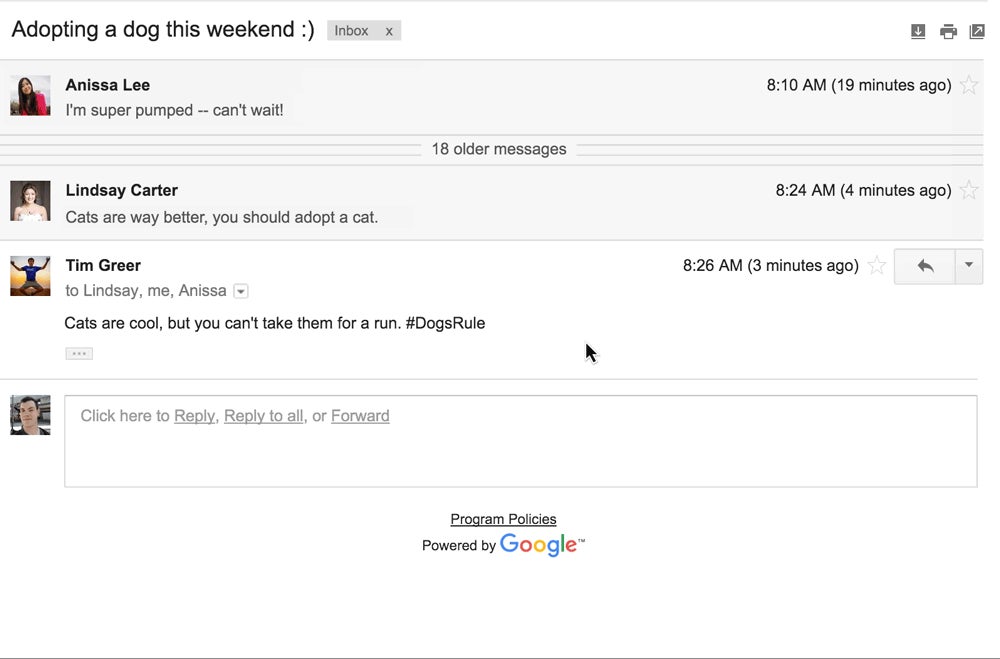 Sometimes, people don't get your joke — and that seems to have happened to Google today. Its joke Mic Drop feature in Gmail, which muted the conversation and sent out a silly gif, seems to have caused more stresses than smiles. Now, it's back-pedalled and scrapped the prank. Yesterday, Google announced its fake new feature. It gave users the option to "Send and Mic Drop", which included a gif of a minion dropping a mic in the reply and then muted the conversation in their inbox. The only problem was that the Send and Mic Drop button was placed right next to the usual Send button.

Perhaps predictably, some users have grumbled about the fact they inadvertently pressed the new button without realising it existed. That means people have missed messages and sent out-of-character gifs. One person also claims to have lost a job as a result of the prank, though hopefully that's also part of a more complex April Fool.

Apparently a bug also saw the gif being included in some regular replies, too. Anyway, it's all been enough for Google to pull the plug on the prank. In a statement, it explained:

Well, it looks like we pranked ourselves this year. ? Due to a bug, the Mic Drop feature inadvertently caused more headaches than laughs. We're truly sorry. The feature has been turned off. If you are still seeing it, please reload your Gmail page.

We've said it before and we'll say it again: April Fools sucks.

[Google via The Telegraph]