Facebook Is Using AI To Describe Photos To Blind Users 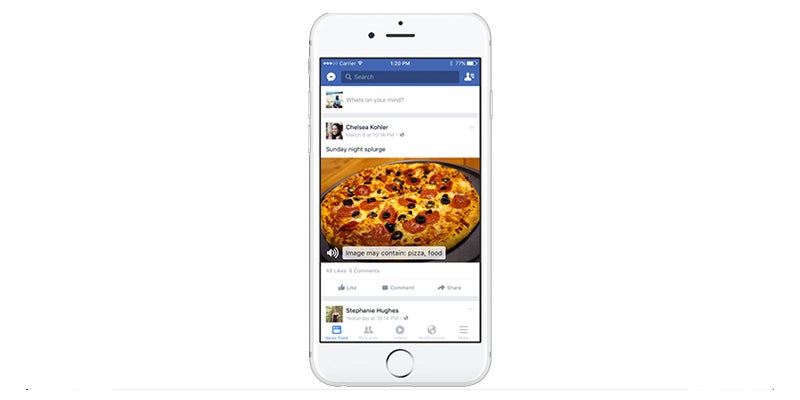 If your Facebook feed is anything like mine, the vast majority of my friends’ posts are either photos or links. Without being able to see photos, blind users are being left out of a huge chunk of the social interaction happening on Facebook.

The company’s answer is automatic alternative text: a neural network analyses photos, and if it’s at least 80 per cent confident it understands what’s going on, the AI will describe the photo. It’s a big step forwards for blind users, although at launch, it only works in English, and with a limited number of concepts.

Of course, within the uplifting story is a more sinister reality: Facebook is all about collecting and quantifying user data and selling that to advertisers. So at some point in the future, you’ll probably upload a photo of a pizza, and then be inundated with Dominos ads.

If you want to see the technology in action for yourself, it’s now available for iOS users using iOS’s built-in screen reader — just head to Settings — >General — >Accessibility, and activate VoiceOver.