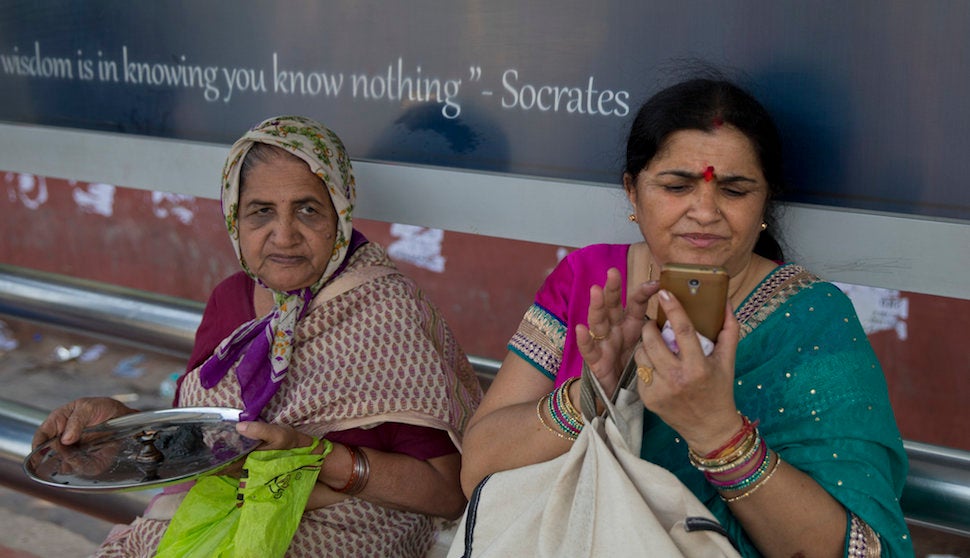 In an attempt to promote women’s safety, every single mobile phone sold in India from 2017 onward must include a panic button, the country’s Ministry of Communications and Technology announced on Monday.

For regular mobile phones, holding down the five or nine button on the keypad would activate the emergency call. For smartphones, users would be required to hit the power button three times quickly, Reuters reports. In addition to the panic button feature, after January 2018, all mobile phones must also include GPS capabilities.

“Technology is solely meant to make human life better and what better than using it for the security of women,” said India’s communications minister Ravi Shankar Prasad.

The new rules come on the heels of a several extremely high-profile instances of violence against women in India. In 2012, a 23-year-old woman died after she was gang-raped in Delhi, and an Uber driver was found guilty after raping a female passenger in 2015. The plan gained approval from mobile phone manufacturers in December, and the new rules will target all manufacturers, including giants Apple and Samsung. With more than a billion users, India has one of the world’s largest mobile phone markets.

Yet, the women who need these safety mechanisms may not always have access to mobile phones. In February, a number of villages in the Western part of the country forbade single women and girls from owning phones, claiming that “the girls don’t study properly if they have mobile phones”.

Still, Maneka Gandhi, the country’s Minister for Women and Child Development — who has pushed hard for the panic button — said the development is a welcome one.

“We finally managed to get the panic button,” Gandhi told the local press. “We have been working on it over the last two years. I spoke to the Prime Minister and he took it extremely seriously and immediately it has been done so we should give him credit for it.”

On one hand, it’s a depressing fact of life that women need a mass-produced panic button in the first place. But on the other, it’s absolutely a good thing that the country’s government action is taking action — and on a large scale no less.