Data Centres Of The Future Could Be Towering Skyscrapers 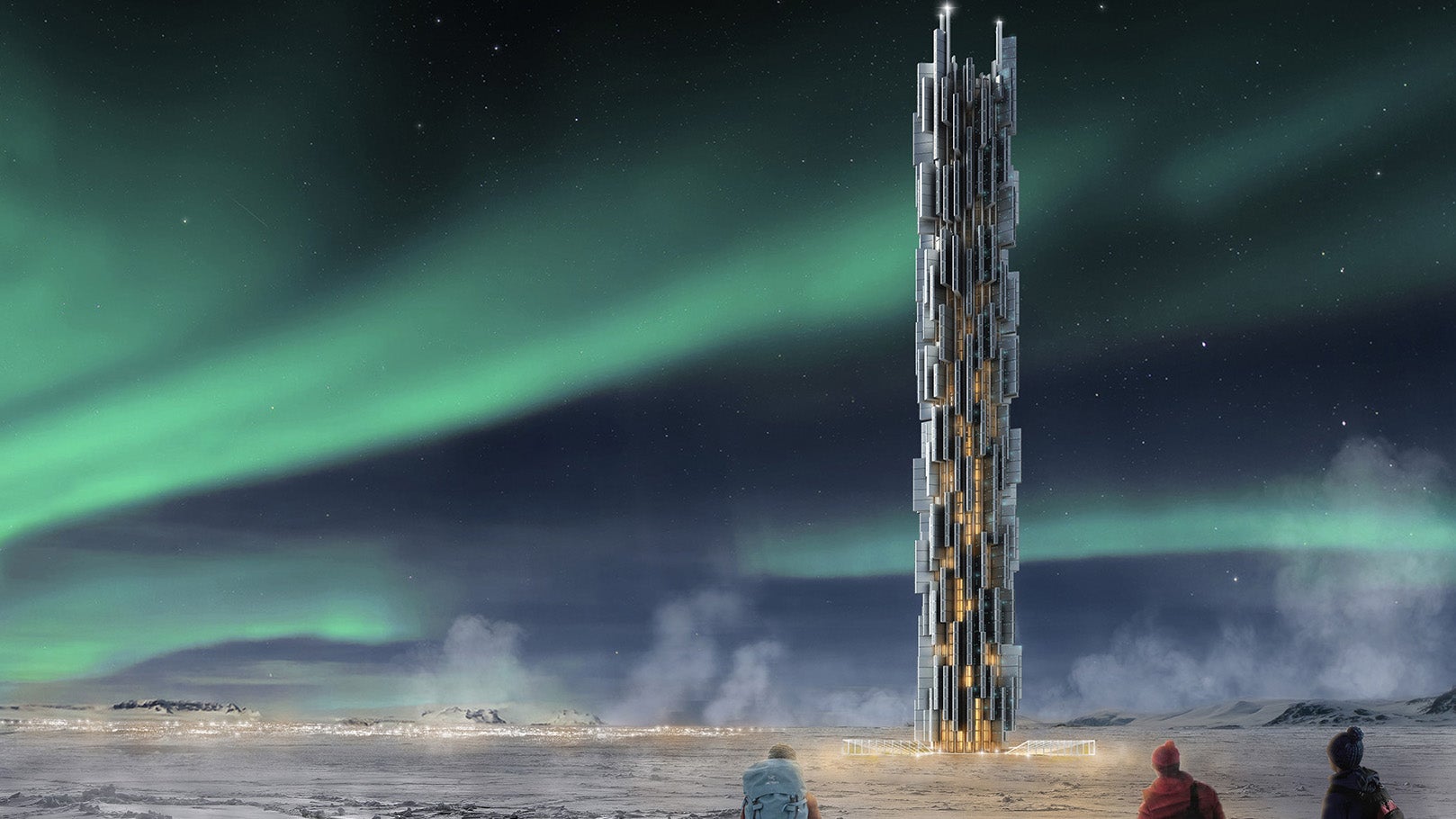 Data centres are usually vast, cavernous warehouse-like spaces rammed full of computers and cooling systems. But a pair of Italian architects has imagined a sustainable alternative that would meld server farms with skyscrapers.

Marco Merletti and Valeria Mercuri have sketched out a vision for what they call the Data Tower. And if the name doesn’t evoke feelings of sci-fi futures, then the images certainly do: Neat, gleaming silver structures make up the internal space, while the external views imagine it towering over the frozen landscape of Iceland.

It is, however, all grounded in existing technology — just with a stylish design flourish. The pair explain how the structure itself would work:

The tower is conceived as a giant 3D motherboard with a cylindrical shape. On the external façade are fastened all the hardware components, otherwise the internal part is empty. This void is a technical space with a double function: first, it is the main air duct of the cooling system, and second it is a space where the pods can be moved to the ground floor, during the maintenance and the upgrade phases. As well as in a computer case, a huge cooling fan on the top of the tower activates a natural chimney effect, thanks to which each pod takes the natural fresh air from outside and releases the warm air inside.

And its location in the images isn’t just for dramatic effect. Iceland is already proving popular as a site for data centres, with ready access to electricity generated by hydropower and geothermal energy, as well a chilly climate that minimises cooling demand.

The concept has already won the hearts of some: The design snagged third place in eVolo’s annual Skyscraper Competition, a runner up to the audacious plan to save Central Park from shadows. Now it just remains for someone to build the thing.