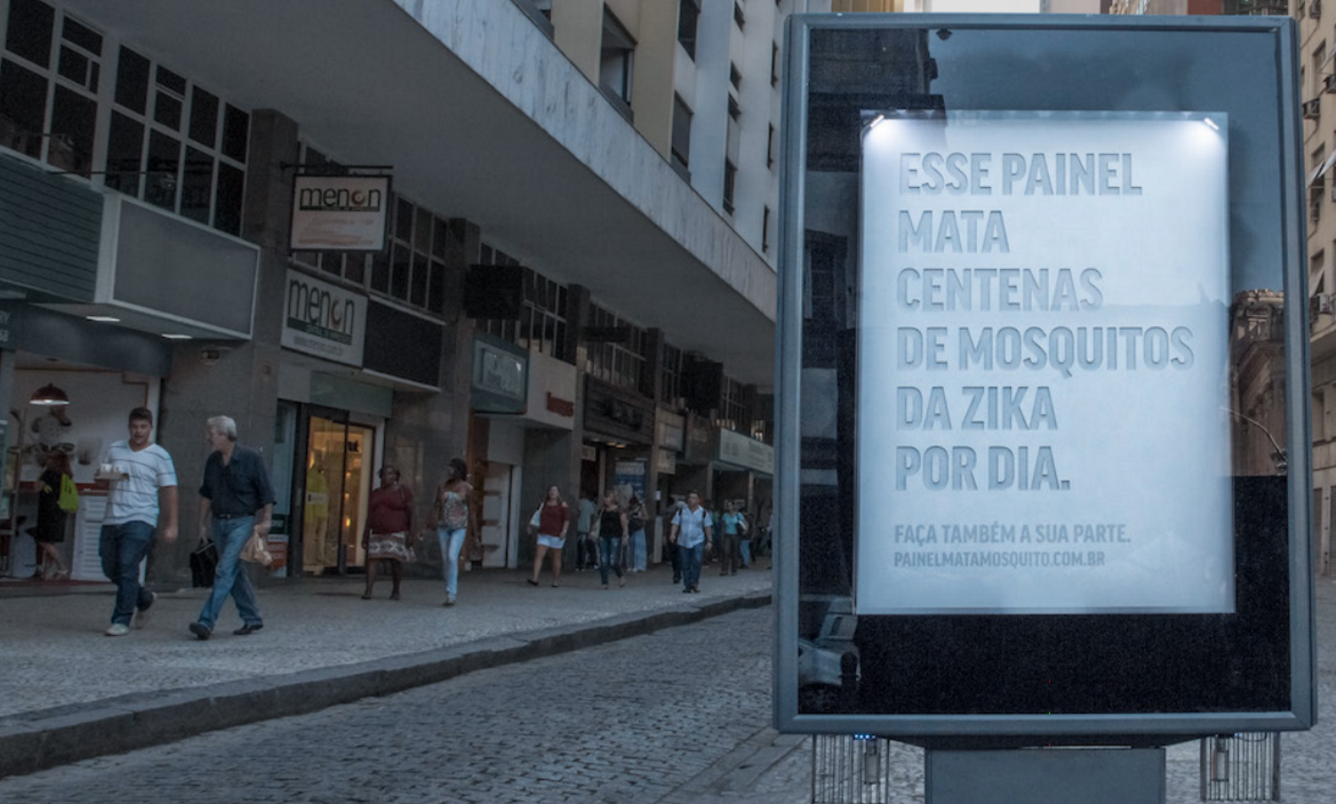 It looks like a regular ad, but get close to this billboard and you might notice something strange. The panel is actually designed to release a synthetic version of human sweat, which it uses to lure and trap mosquitoes.

The board has been created by two design agencies to help fight the spread of the Zika virus. The BBC reports that the billboard releases a combination of lactic acid and carbon dioxide in an attempt to replicate the smell of human sweat and breath. The team claims that mosquitoes can detect the scent from over 1.6km away.

Once mosquitoes turn up they become trapped within the billboard, gradually filling up the hollow spaces of the message which explains what the device is doing. So far, two of the boards have been erected in Rio de Janiro. But the companies have also made the plans for the device available under a Creative Commons licence and reckon it would cost about $258 to build one.

It’s not the first step in the war against mosquitoes, which is largely being performed with careful population control techniques such as the genetic engineering being performed by UK-based Oxitec. Whether attracting mosquitoes into busy urban centres is the best solution to the problem is up for debate — but it’s certainly a clever idea.